Charles ‘TEARS UP Queen’s wedding day pledge to make Prince Edward the Duke of Edinburgh’: Palace sources say Earl of Wessex WON’T get his late father’s title ‘because it would pass down to his son James and ruin King’s hopes for slimmed-down monarchy’

Prince Edward is set to miss out on becoming Duke of Edinburgh as part of King Charles’s plans for a trimmed down monarchy, it has emerged.

A palace source told The Daily Mail that ‘The King wants to slim down the monarchy [so] it wouldn’t make sense to make the Earl the Duke of Edinburgh.’

Prince Edward was promised by the Queen and Prince Philip that he would succeed his father as Duke after his death.

The pledge was written down and handed to Edward and new wife Sophie Wessex as a wedding present when they tied the knot in June 1999. 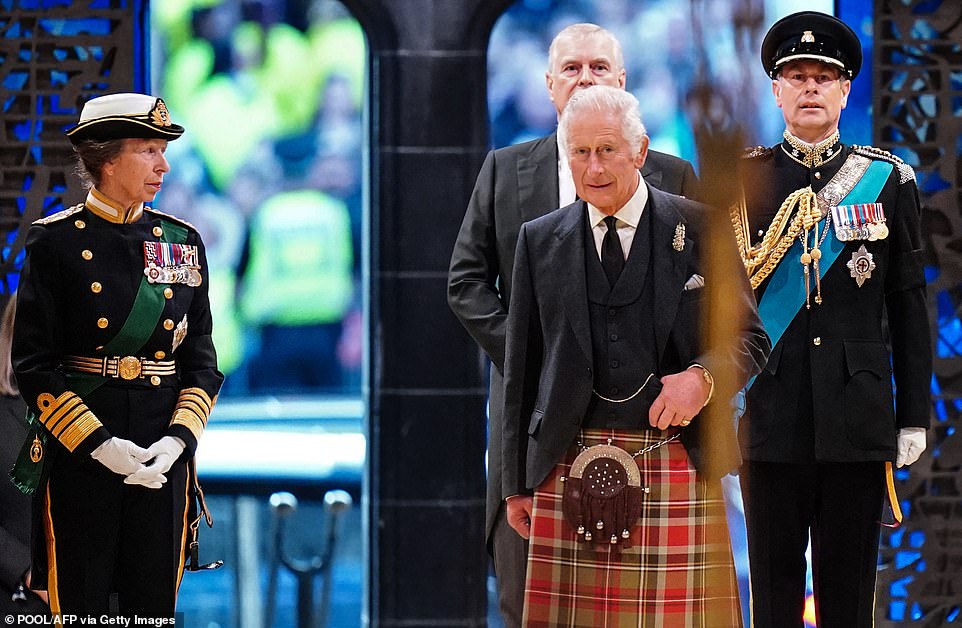 King Charles is pictured with siblings Princess Anne (left) and Princes Andrew (second from left) and Edward (right) at a Vigil for the Queen at St Giles’ Cathedral in Edinburgh two months ago. The King is set to halt Edward’s ambition to become Duke 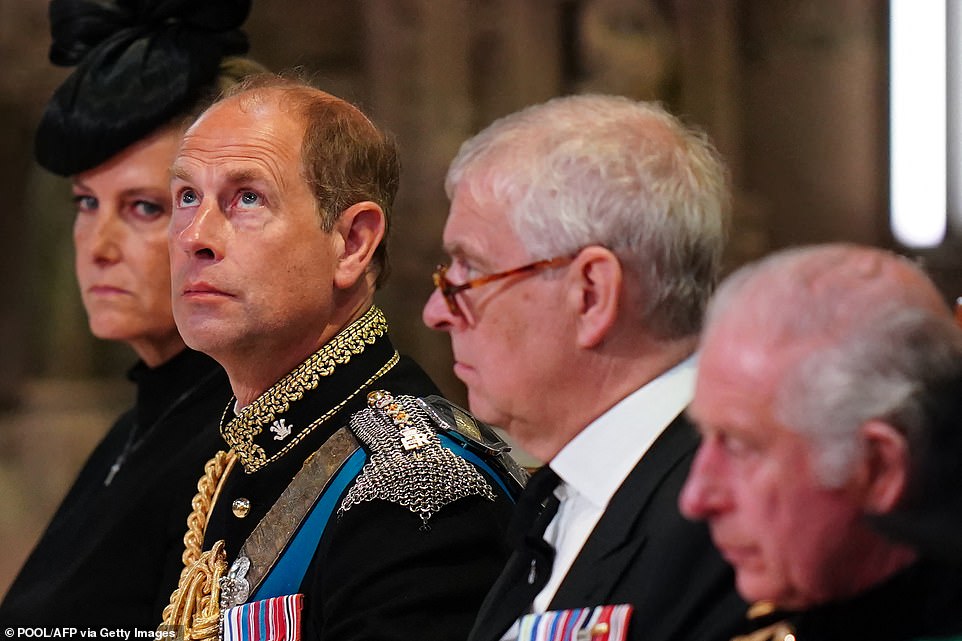 Left to right: Sophie Wessex, Prince Edward, Prince Andrew and King Charles attend a Service of Thanksgiving for the Queen

But Edward will now miss out on becoming Duke and Sophie Wessex will not be Duchess of Edinburgh under the palace U-turn, it was claimed. 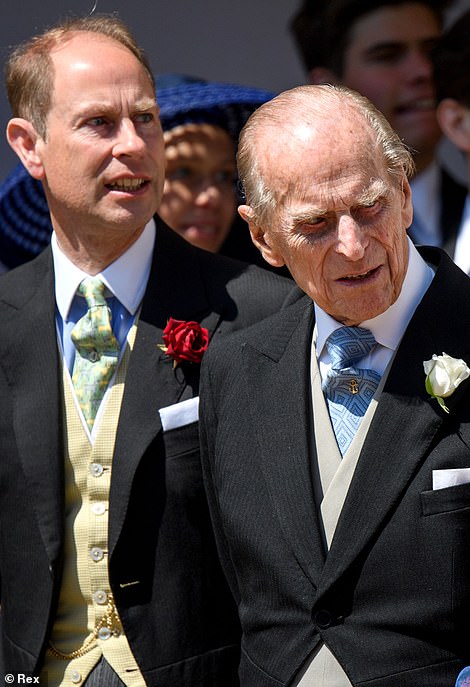 Instead, King Charles will keep the title himself, although not use it, a courtier explained.

They said: ‘The King wants to slim down the monarchy, as is well known. That means it wouldn’t make sense to make the Earl the Duke of Edinburgh. It’s a hereditary title which would then be passed on to the Earl and Countess of Wessex’s son, James, Viscount Severn.

‘Essentially, this was accepted by the Earl when he agreed that his children would not be a prince or princess.’

Although the daughters of Edward’s elder brother, Princes Andrew, are princesses, that came about long before King Charles’s ‘slim-down’ agenda.

At the time of their wedding in 1999, Buckingham Palace made clear that Charles agreed with his parents’ plans.

Officials released a statement twenty-three years ago which stated: ‘The Queen, the Duke of Edinburgh and the Prince of Wales have also agreed that the Prince Edward should be given the Dukedom of Edinburgh in due course when the present title held now by Prince Philip eventually reverts to the Crown.’

It comes days after the King asked Parliament to name him and Princess Anne as Counsellors of State to stand in on key occasions.

This was in large part to avoid the prospect of Princes Harry and Andrew being called upon to complete official royal duties when the King and Prince William are overseas, observers pointed out.

The development emerged 24 hours after a former minister called on the King to ensure his coronation is not a ‘dumbed-down woke fest’.

Ex-minister Sir Edward Leigh told the Commons the link between the Church of England and the King needed to be maintained for the coronation next year. 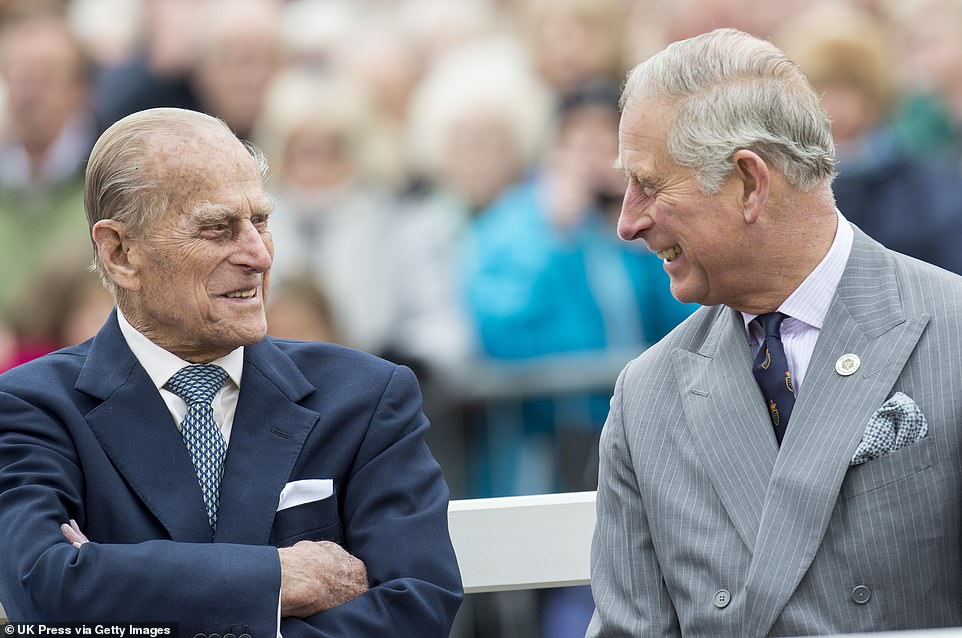 Like father like son: Philip and Charles laugh together at the unveiling of a statue of The Queen Mother in Dorset in 2016

The Gainsborough MP said: ‘By immemorial custom, the coronation is a deeply religious and spiritual event.

‘Will he convince us that the Church of England will use their influence to ensure that it remains as such, particularly the anointing, and it doesn’t just degenerate into a kind of dumbed down woke-fest celebration of so-called modern Britain?’

The King’s coronation will take place on Saturday, May 6 at Westminster Abbey.

It’s expected to be a more modest affair than is tradition.

It shares the same date as the fourth birthday of Harry and Meghan’s son Archie, potentially causing a clash in the Sussex household if the King’s second son is invited to the ceremony.