Oof! Lily-Rose Depp’s “nepo baby” comments did NOT go over well with this rising star!

If you missed it, earlier this week, Johnny Depp and Vanessa Paradis‘ 23-year-old daughter sat down with Elle to chat about her upcoming HBO series The Idol. And in the process, she naturally had to address the elephant in the room: the criticism she’s received a leg up in her career because she’s a nepotism baby (AKA a famous figure who is likely only successful due to ta powerful relative — in this case, her parents). To this, she said:

“The internet seems to care a lot about that kind of stuff. People are going to have preconceived ideas about you or how you got there, and I can definitely say that nothing is going to get you the part except for being right for the part. The internet cares a lot more about who your family is than the people who are casting you in things. Maybe you get your foot in the door, but you still just have your foot in the door. There’s a lot of work that comes after that.”

She went on to blast the term altogether, saying she finds it “interesting” how it’s often not targeted at men or anyone outside of the entertainment industry, adding:

“It’s weird to me to reduce somebody to the idea that they’re only there because it’s a generational thing. It just doesn’t make any sense. If somebody’s mom or dad is a doctor, and then the kid becomes a doctor, you’re not going to be like, ‘Well, you’re only a doctor because your parent is a doctor.’ It’s like, ‘No, I went to medical school and trained.’”

“I just hear it a lot more about women, and I don’t think that it’s a coincidence.”

We can see where she’s coming from, but it’s also true that she’s probably benefited a LOT from her parents’ connections — and getting your foot in the door is not an easy feat for most people. Can’t really ignore the privilege she’s had! Same might go if both your parents are doctors and you might be trying to get into a medical school or a residency they were connected to.

This is exactly why one Italian model is seemingly pissed off by this latest interview and Lily-Rose’s decision to slam the title rather than admit how lucky she is. Taking to Instagram earlier this week, Vittoria Ceretti, who has starred in campaigns for Fendi, Versace, and Prada, addressed her frustration with nepotism babies, saying:

“I just want to share a thought here because I can. i bumped into an interview of a so called ‘nepo baby’ or whatever y’all call it. basically privileged daughter/son/cousin/niece/nephew whatever of some kind of celebrity. let me tell you something. yes, i get the whole ‘i’m here and i work hard for it’, but i would really love to see if you would have lasted thru the first 5 years of my career. not only being rejected, because i know you have an experience with it and you can tell me your sad little story about it (even if at the end of the day you can still always go cry on your dad’s couch in your villa in Malibu), but how about not being able to pay for your flight back home to your family? waiting hours to do a fitting/casting just to see a nepo baby walk past you , from the warm seat of her/his mercedes’ with her/his driver and her/his friend/assistant/agent taking care of her/HER/HIS MENTAL HEALTH???????? you have no f**king idea how much you have to fight to make people respect you. TAKES YEARS. you just get it by free day one.”

The 24-year-old really laid into her! (Well, that is, if she was referencing Lily-Rose, which seems likely given the timing. But there are SO many nepo babies out there, so who knows!) Interestingly, Vittoria doesn’t have a problem with every celebrity child, just the ones that take it for granted, she concluded:

“i have many nepo baby friends whom i respect, but i can’t stand listening to you compare yourself to me. i was not born on a comfy sexy pillow with a view. i know it’s not your fault, but please, appreciate and know the place you come from. love, xV” 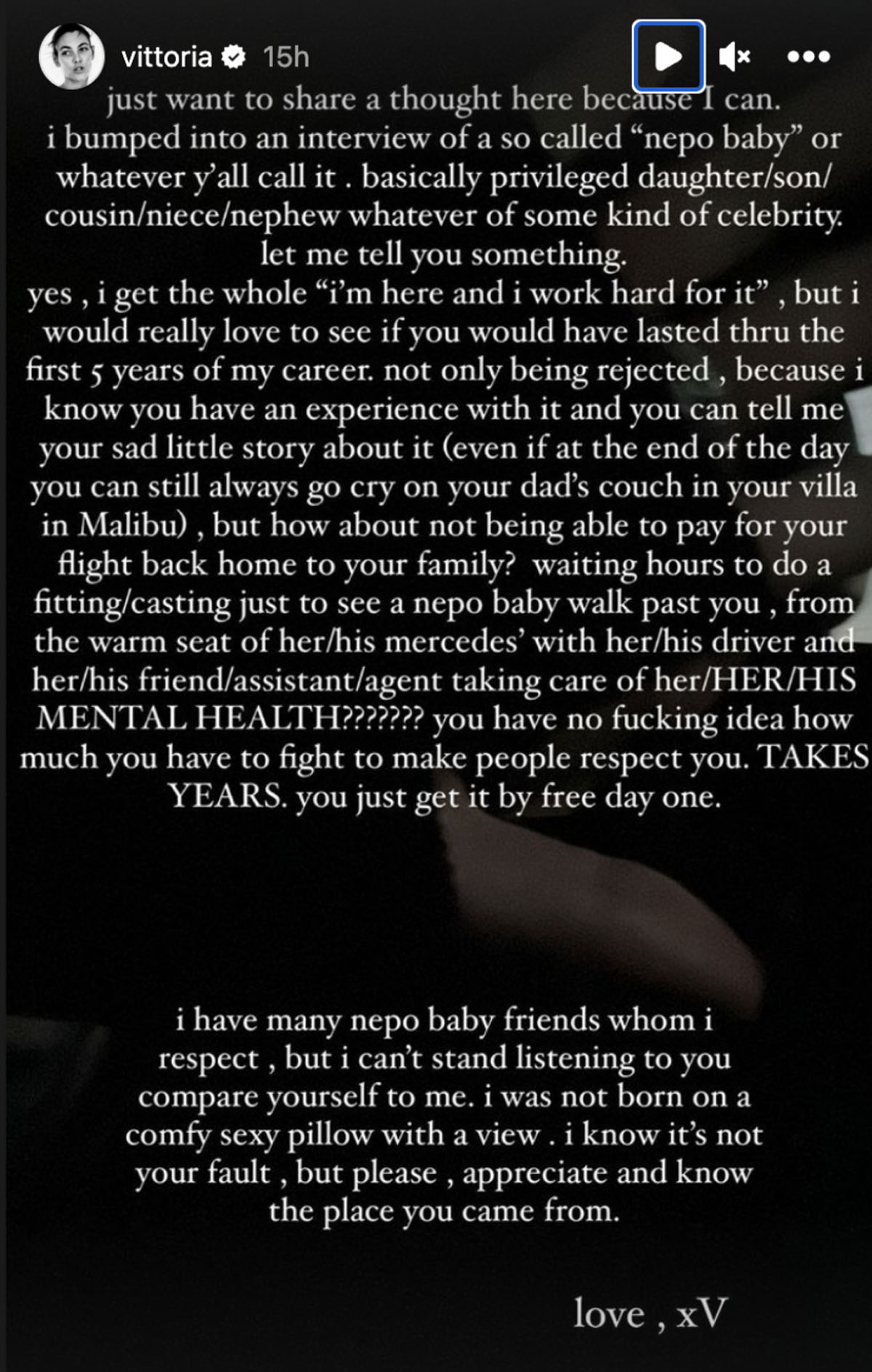 Fair point! You can love ’em and hate ’em at the same time. LOLz!

The French-American model hasn’t addressed the criticism yet, and it’s unlikely she will. They don’t follow each other on the ‘gram, so it’s hard to know if Lily-Rose has even seen the clap back. Either way, Vittoria got her message across loud and clear! What do YOU think about it though, Perezcious readers? Was this comment aimed at Lily-Rose or someone else in the industry? There’s Kendall Jenner, Kaia Gerber, Gigi and Bella Hadid… And in the end, do you agree with the model’s hot take? Sound OFF (below)! 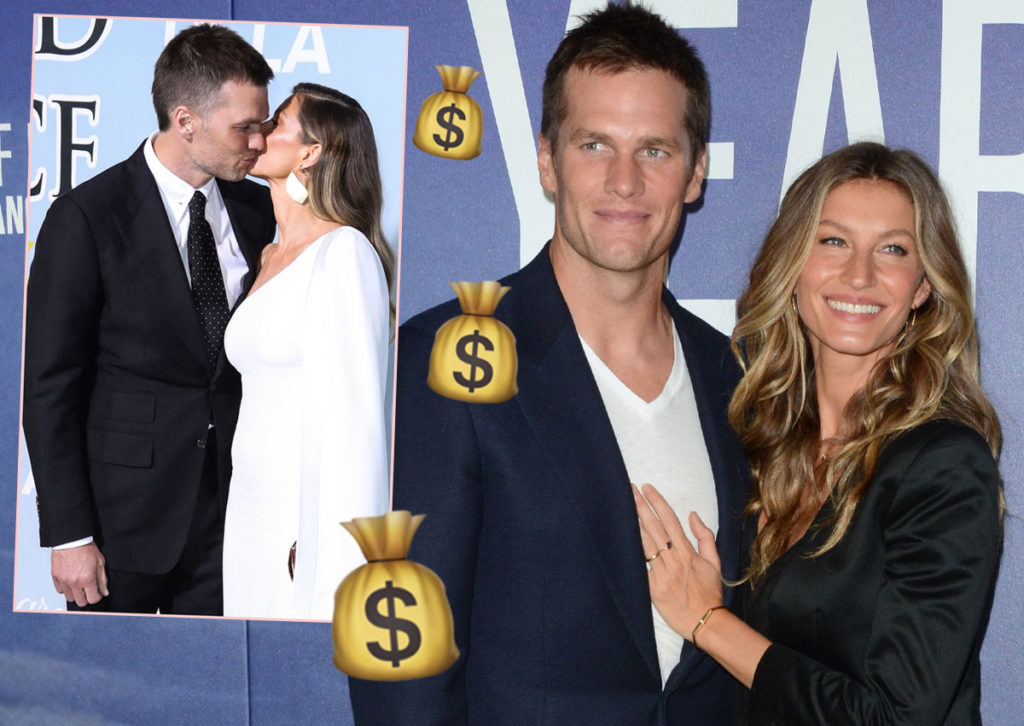 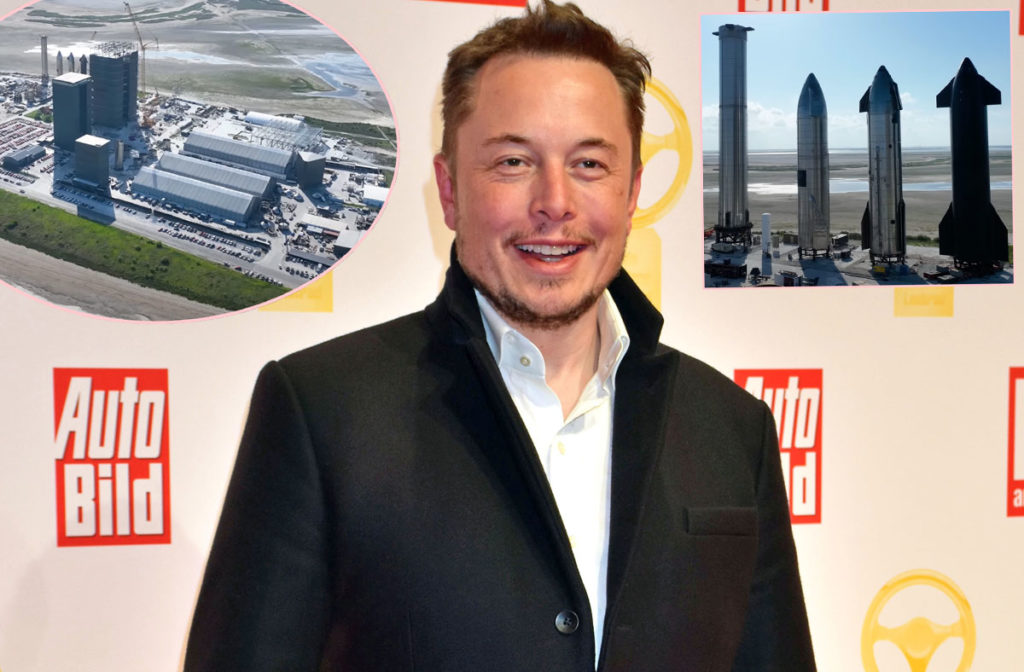 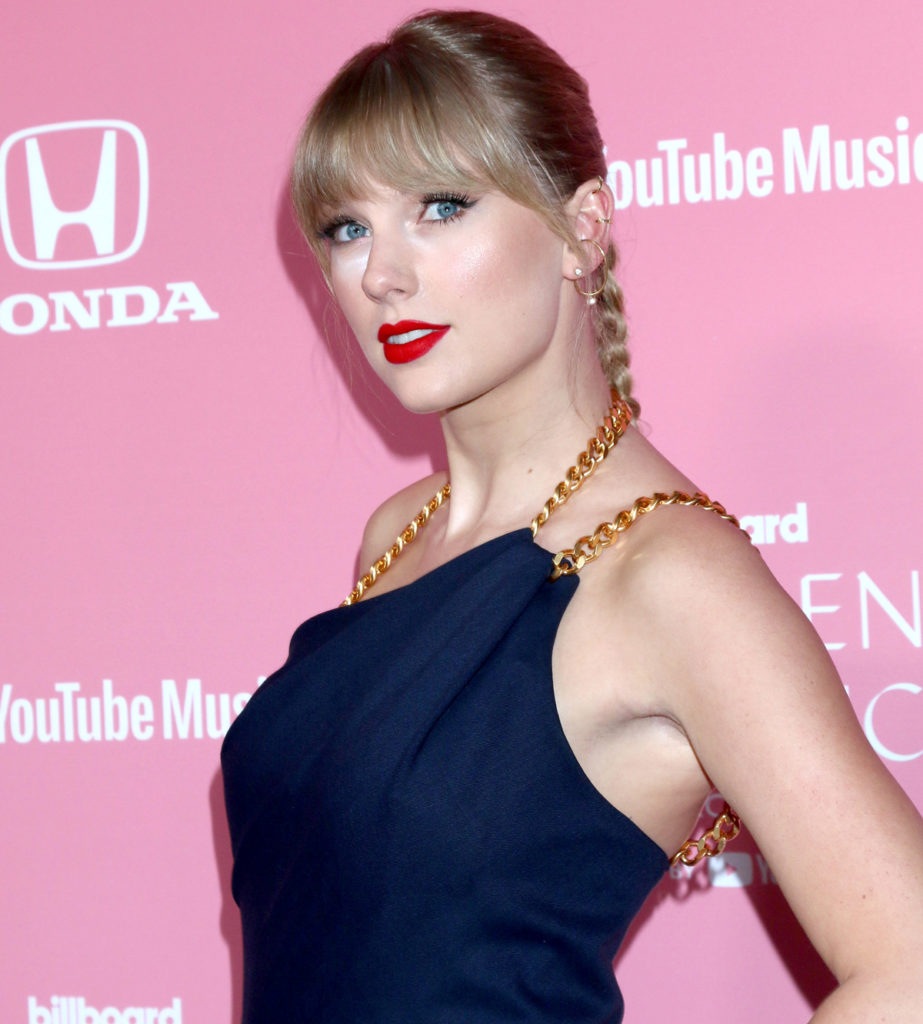 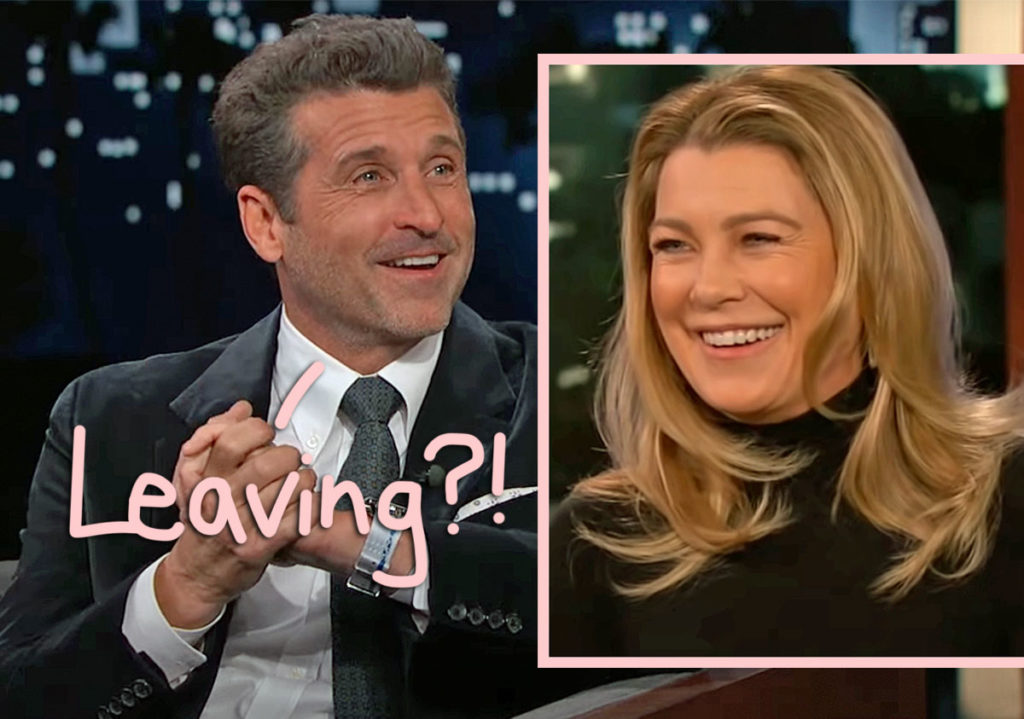