AN army of soldier silhouettes is rising again to raise money for the Royal British Legion.

They are hand-made from scrap hoardings by Dan Barton, who has raised more than £65,000 for the Poppy Appeal in the past two years with displays of the cutouts paying tribute to our Forces heroes. 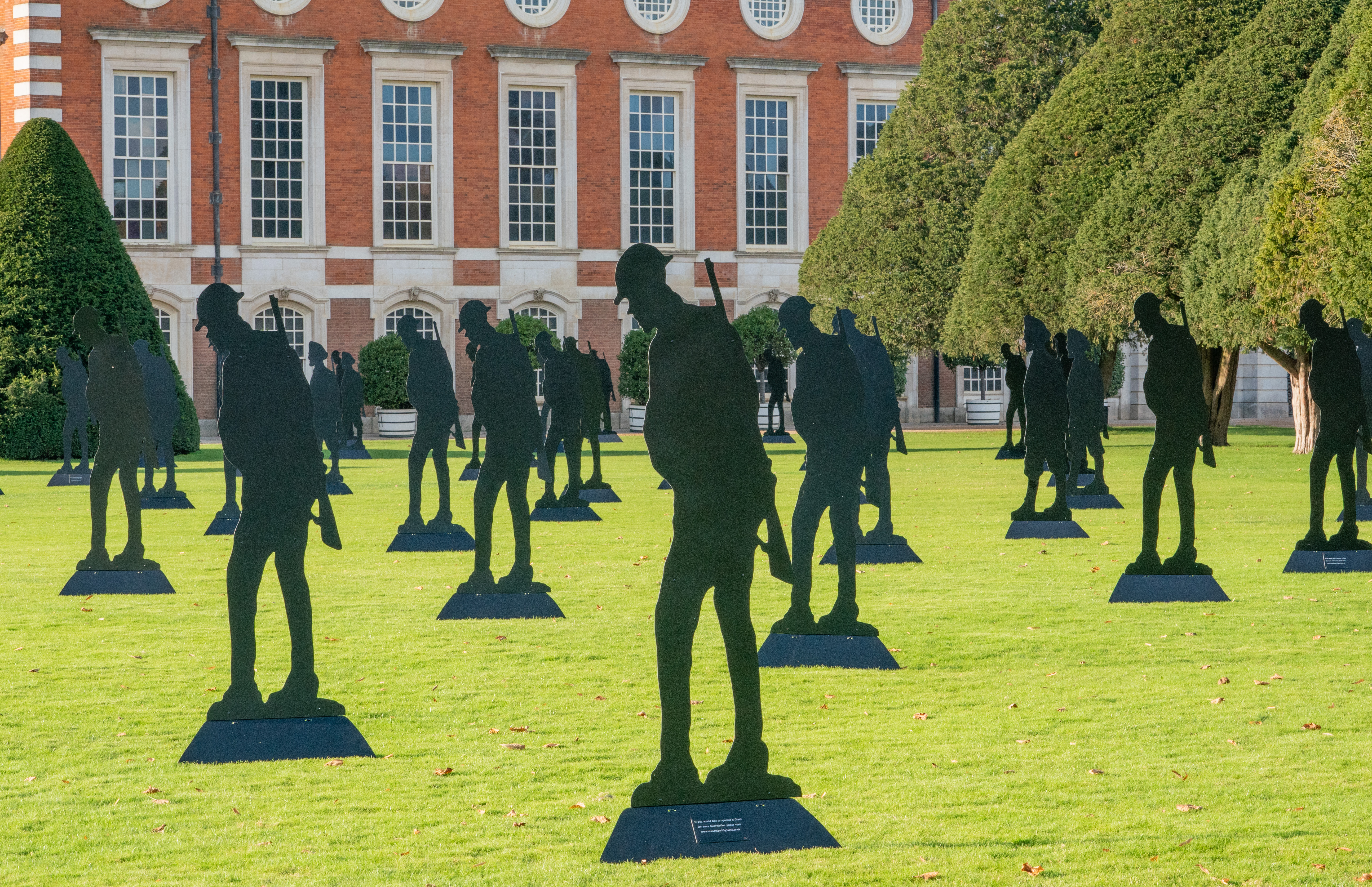 This year, 125 of the 6ft soldiers will be at Hampton Court Palace, West London.
Dan, 52, made a handful of giant Tommies in 2018 to mark 100 years since the end of World War One and raised £1,200 after displaying them in his Oxfordshire village.

He says: “I’m passionate about remembering those poor souls who fought for our freedom. Every one of us has our freedom at the price of someone who made the ultimate sacrifice. That is who we are honouring.”

In 2019 he put up 101 soldier silhouettes on a hillside beside the M40 near Stokenchurch, Bucks.

Artist Dan, who also restores buildings for a living, adds: “It was important we carry on remembering well beyond the 100th anniversary.

“I thought people would just see them from the motorway but 10,000 people pitched up at the site. It was an incredibly emotional experience. We raised £25,000.”

They are 100 Tommies and 25 Indian soldiers to represent forces from across the Empire.

The figures are surrounded by moving extracts from letters home written by soldiers on the front line.

An Indian fighter writes: “It is very hard to endure the bombs, Father. It will be difficult for anyone to survive and come back safe and sound from the war.”

In what would prove his final letter home to his wife, a Brit writes heartbreakingly: “We are going over the top this afternoon and only God in Heaven knows who will come out of it alive.

“I go to Him with your dear face the last vision on Earth I shall see and your name upon my lips, you the best of women.

“You will look after my darling bairns for me and tell them how their daddy died.”

In a shed constructed from pallets covered in tarpaulin, Dan is making thousands more silhouettes he hopes to take around the county in 20 mobile exhibitions, all with the aim of raising further funds for the Royal British Legion.

Dan says: “Every penny donated through our displays and our website standingwithgiants.co.uk goes directly to the Poppy Appeal.” 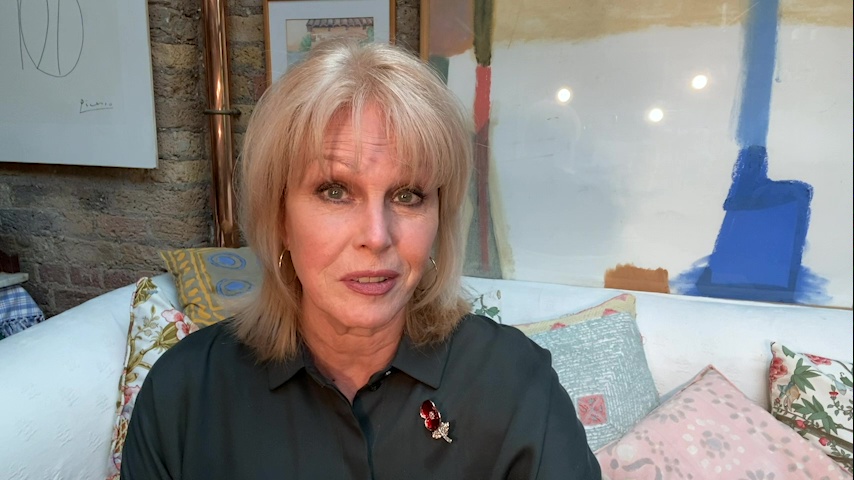 ACTRESS Joanna Lumley is an AbFab Tannoy announcer on behalf of the Poppy Appeal.

More than 2,000 Royal British Legion collectors, including hundreds of servicemen and women, will be on the streets of the capital today for London Poppy Day.

And actress Joanna has recorded a special message to be played at main railway stations reminding commuters to buy theirs.

Last year Covid put paid to £20million in donations to the appeal.

But this year collectors are back in force on our streets aiming to raise £43million to help veterans and their families.

Joanna says: “It is the RBL’s centenary year and your donation will help the charity provide vital support to our brave Armed Forces community for the next 100 years.”

TV presenter Ross Kemp and Britain’s Got Talent magician Richard Jones, a soldier, will be selling poppies at rail stations and on the Tube.

Serving men and women from all the forces will be visiting offices in the capital selling poppies,

Ross said: “Your contribution is as vital as ever. Every poppy counts.”

How to donate: Poppy collectors will be on the streets and in 12,000 stores

Donate online at rbl.org.uk/poppyappeal or buy poppies in the post to sell
to friends and neighbours. 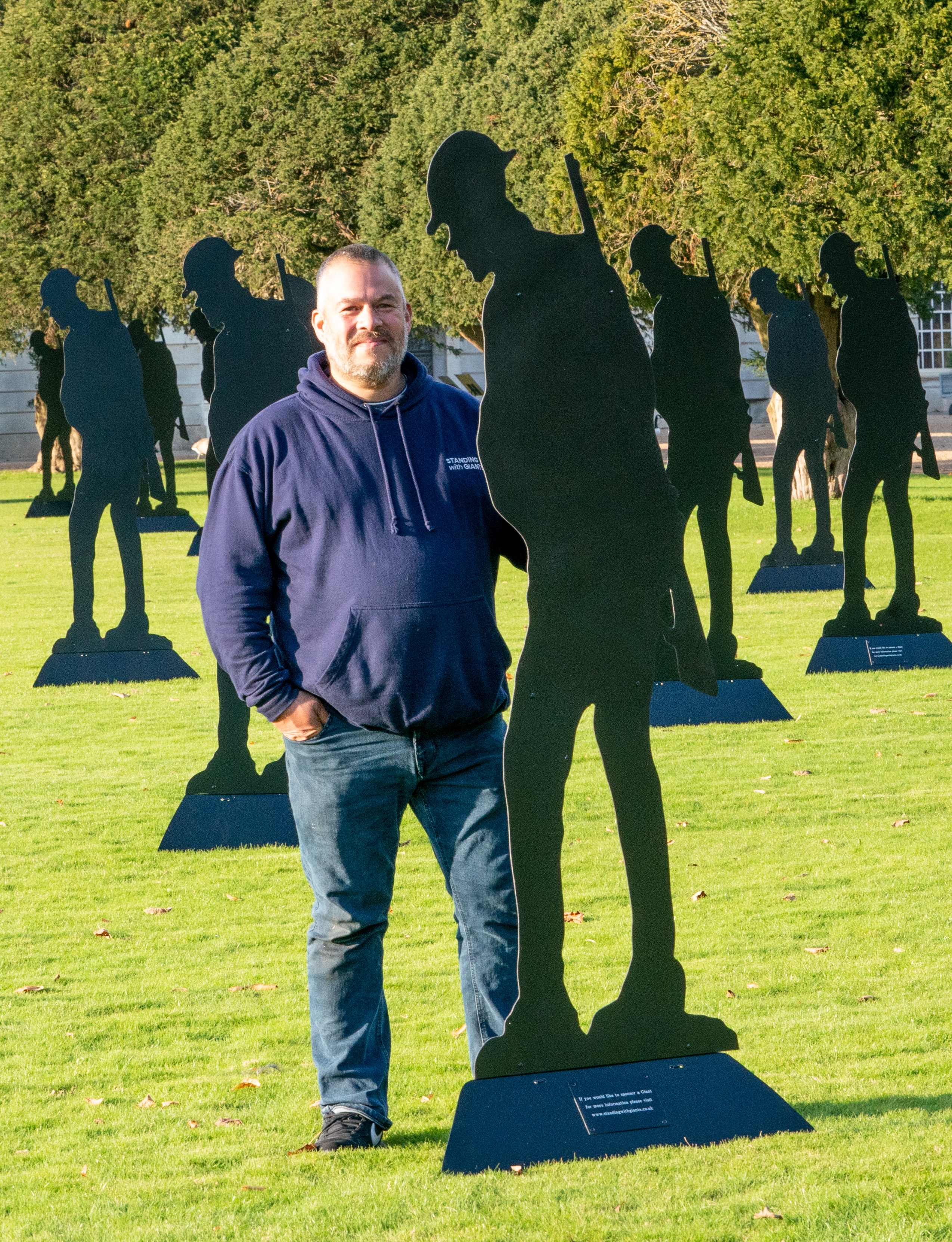 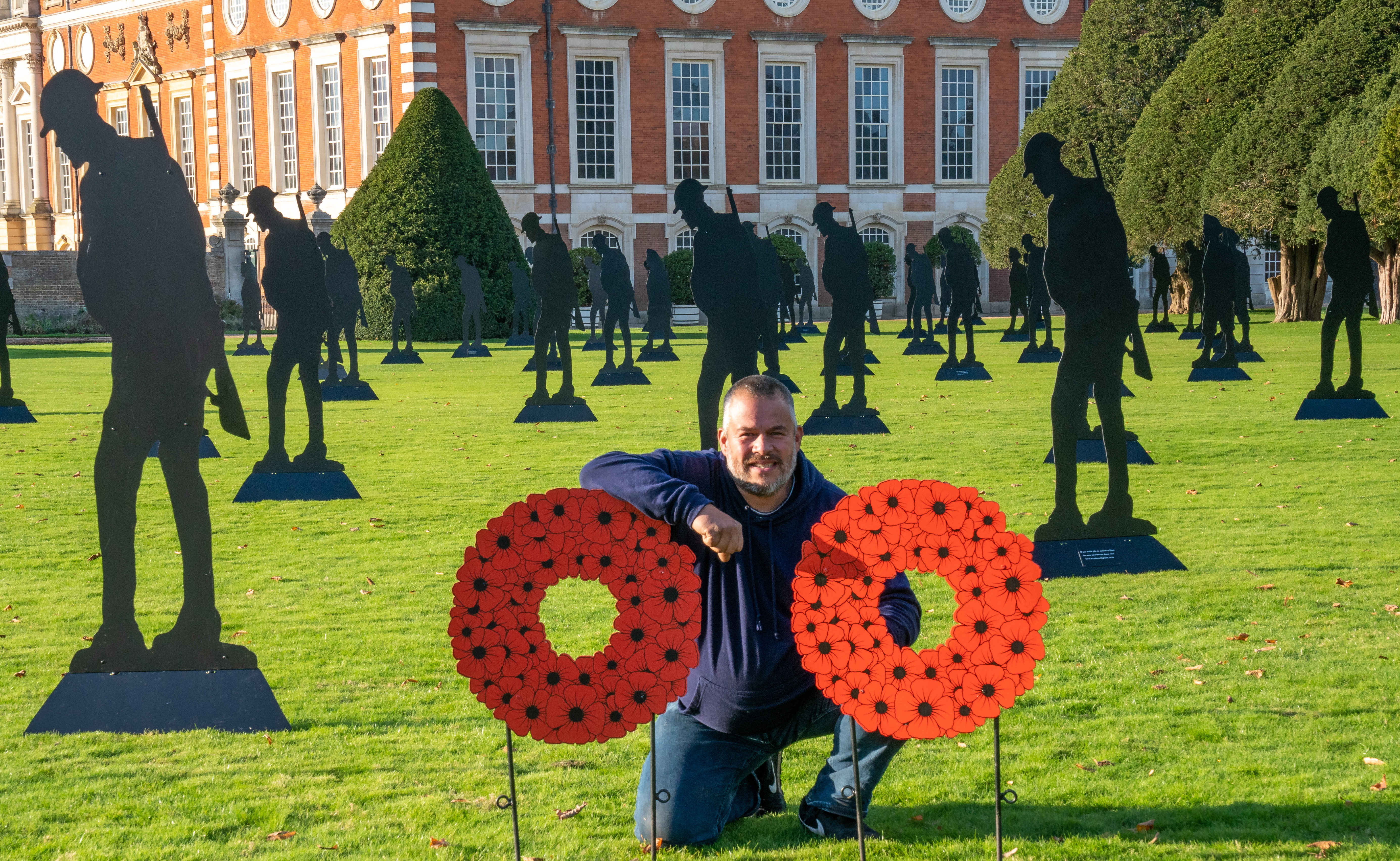 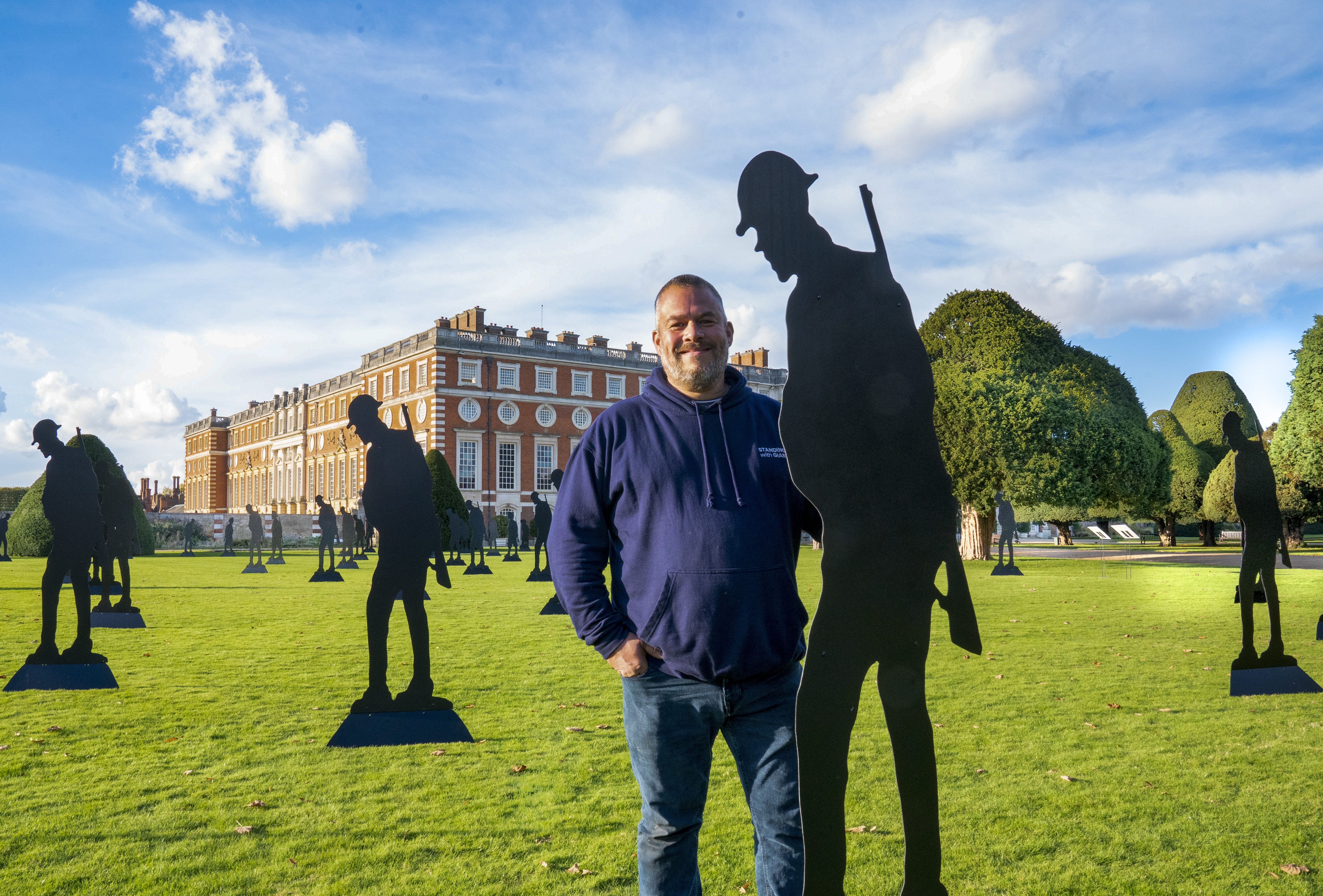