ISIS supporters are being urged to ‘be the expected wolf’ and launch lone attacks on Western targets, monitoring groups claim.

Propaganda posters published by ISIS-linked media organisations appear to encourage attacks, including one depicting a man walking through an airport dragging a suitcase with the terror group’s logo on.

Another shows a jihadist fighter holding the black-and-white flag of ISIS as he looks out over a demolished cityscape with the caption: ‘You see it far away and we see it nearby.’ 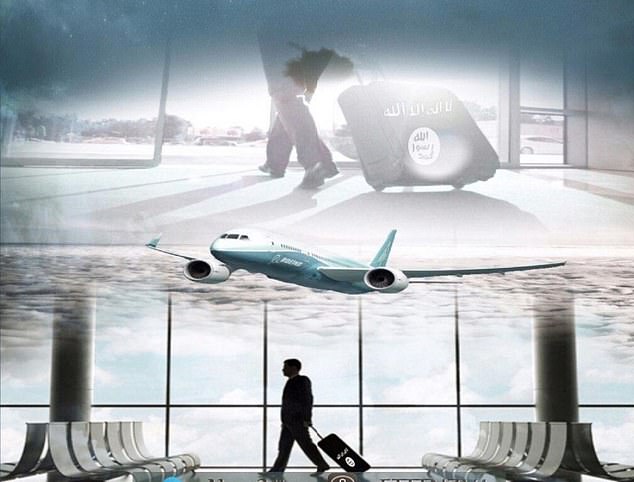 Scare tactics: Poster published by ISIS-supporting media show a man waking through an airport dragging an ISIS suitcase behind him

Supporters of the Islamist terror network have been known to release similar posters in the past, often using images of major Western cities such as New York and London, as part of their scare tactics.

They are often shared on encrypted messaging apps such as Telegram, to ‘inspire’ extremists to carry out terror attacks.

This follows a report from last week that desperate ISIS-linked media groups are trying to push for ‘online jihad’ as the terrorists are now all but extinguished in Syria and Iraq. 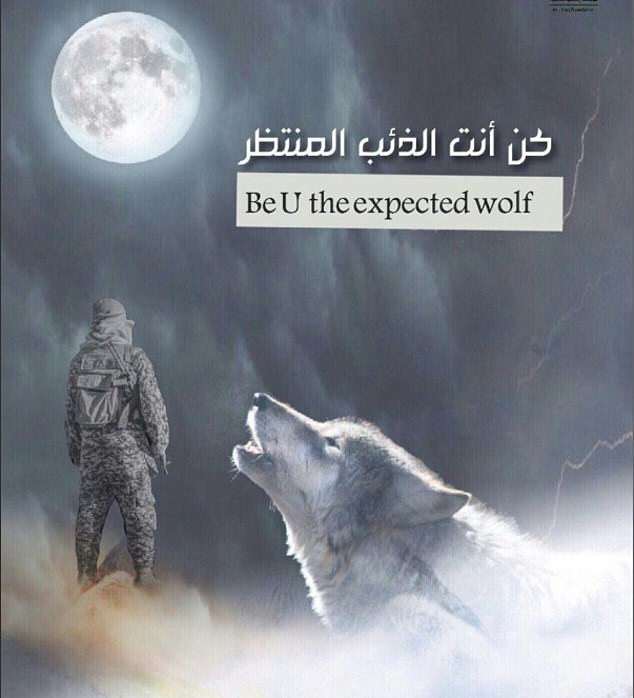 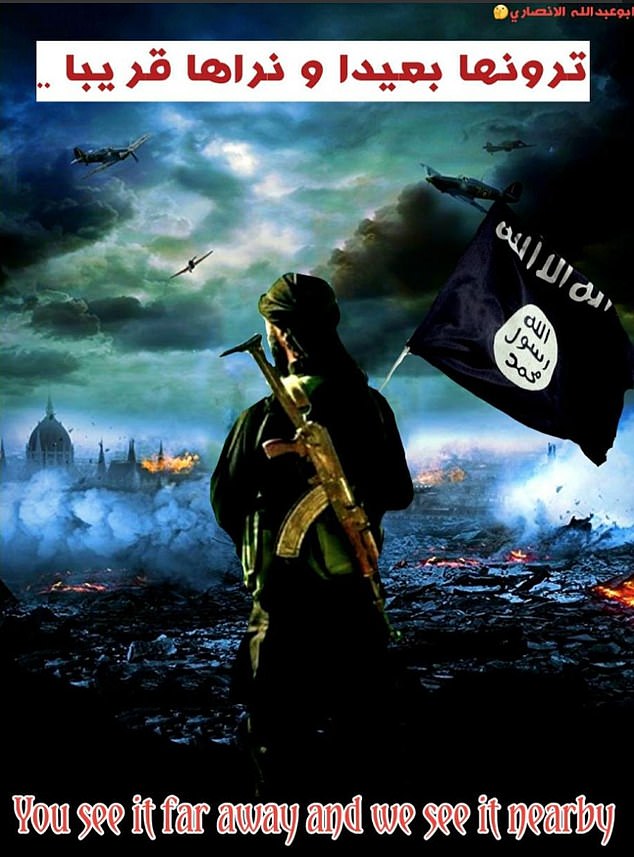 Another shows a jihadist fighter holding the black-and-white flag of ISIS as he looks out over a demolished cityscape with the caption: ‘You see it far away and we see it nearby’

As ISIS’s loss of its final territory in Syria is imminent, the future of the jihadist group is unclear.

A UN report published last month claimed ISIS has a secret war chest of up to $300 million (£230 million) which could be used to sustain its operations and fund new attacks on the West.

The terror group is assessed to have ‘bulk-stored’ some of the money in its stronghold area, while the rest has been smuggled abroad or invested in legitimate businesses.