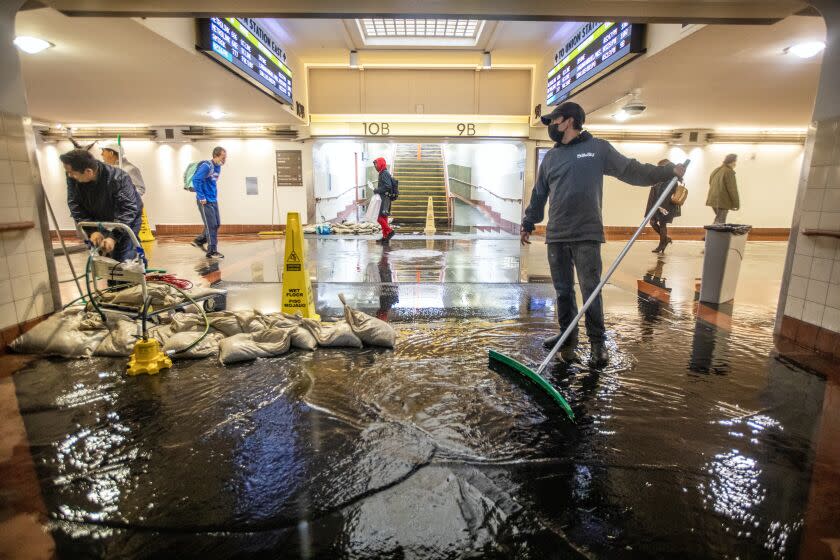 The Internal Revenue Service offered a lifeboat of sorts Tuesday to California residents and businesses floundering in the atmospheric river: More time to pay their income taxes.

The agency announced that taxpayers in any county covered by a federal emergency declaration would have until May 15 to file their income tax returns for 2022. So far, 31 of the state's 58 counties are in that group, including Los Angeles, Orange, San Diego and Ventura counties; if the declaration is extended to more counties, the IRS will grant them the extra time as well.

The relief will be offered automatically to anyone whose address on file at the IRS is in a disaster area — no need to ask for help or alert the agency that you'll be filing late. If the IRS sends you a penalty notice anyway because you missed a deadline that should have been waived, the agency advises you to call the number on the notice to have the penalty erased.

The delay to mid-May applies to everything that ordinarily would face deadlines of April 15 or earlier in 2023, including making tax-favored contributions to an IRA or a health savings account.

Even better for businesses and other filers who pay estimated or interim taxes, the payments due in January, March and April have been postponed as well. You can make them when you file your annual return on or before May 15.

If you are due a refund, you still want to file as soon as you can

Granted, if you are due a refund, you still want to file as soon as you can. Otherwise, you're giving Uncle Sam an interest-free loan.

If you live outside the designated disaster area, you can still qualify for the delayed deadlines if you meet any of three conditions: Records you need to complete your return are inside the area (for example, if you're a shareholder in an S Corporation inside the affected area); your tax preparer is inside the disaster area and unable to complete the work on time; or you are helping the government or a recognized charity with relief efforts in the area. But you'll need to let the IRS know by calling (866) 562-5227.

One other point: If you suffer disaster-related losses that aren't reimbursed or insured, you can write them off on your tax return for either 2022 or 2023, the IRS says. "Be sure to write the FEMA declaration number — 3691-EM — on any return claiming a loss," the agency advised. IRS Publication 547 can guide you through the requirements.

For more information, consult the Disaster Assistance and Emergency Relief for Individuals and Businesses page on the IRS site.