This is the hilarious moment an Australian shepherd allows and Indian runner duck to jump on its back while out for walk in Bedford, New Hampshire.

The Australian shepherd sat on the ground as the Indian runner duck, known as Pancake approached.

According to the footage, the dog’s owner called out: ‘Teak, we are going to get out of here. Teak, he is coming. 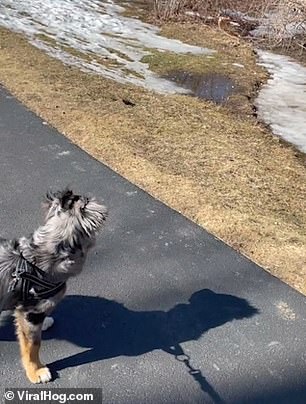 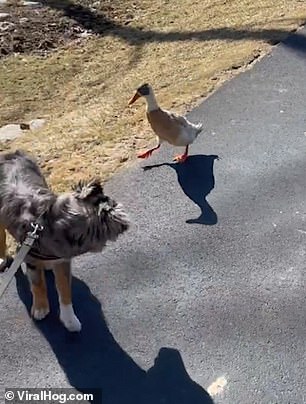 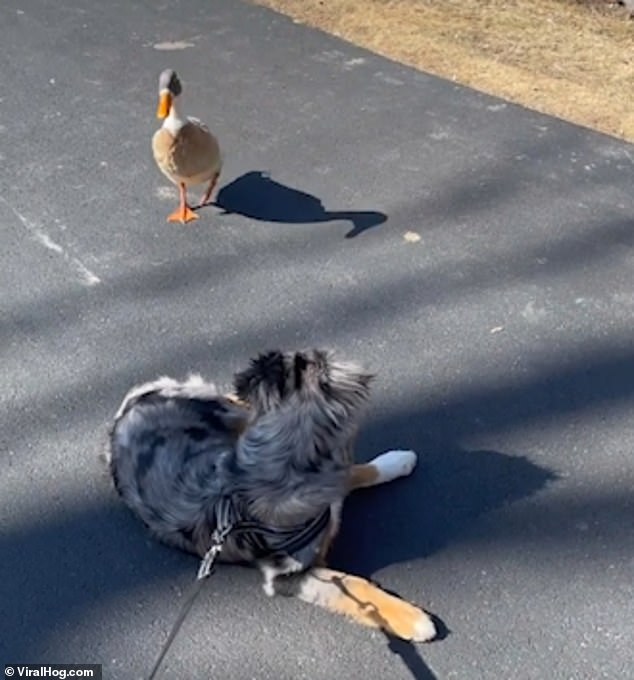 As the duck gets closer, teak sits down on the tarmac awaiting for the duck’s arrival

‘Teak, this is not going to end well for you, sir.’

The dog continued to look at the duck as it got closer.

The dog’s owner called out to the duck and said: ‘Pan, Pan, leave us alone.’

The duck jumps onto the dog’s back when the owner decides to move along warning her pet to leave the bird alone.

However, as Teak is led away, the small duck gives pursuit.

Eventually the dog lays on his side and allows the duck to waddle aboard.

The unidentified owner said: ‘This is a video of our dog Teak, an Australian shepherd, and our Indian runner duck Pancake aka Pan.

‘Every time Teak comes outside Pan finds him to show Teak who’s boss. In this video, Teak lays down in anticipation of Pan’s approach.

‘I don’t think either of us expected Pan to hop on.

‘But I think Teak got what he wanted, attention from the duck that he so longs to play with.’ 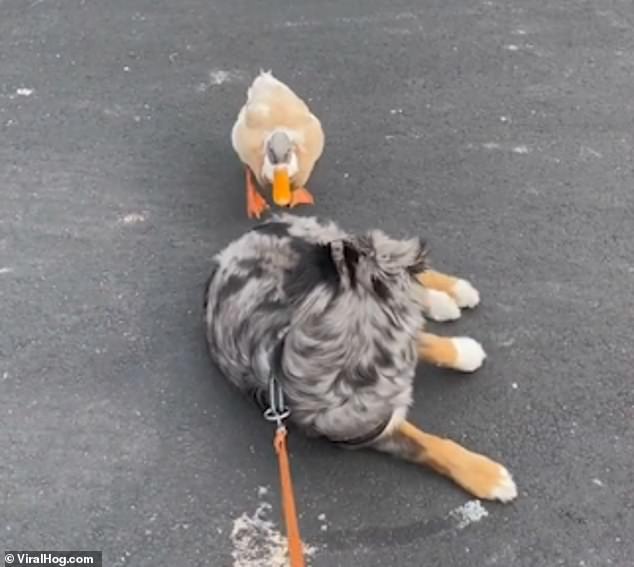 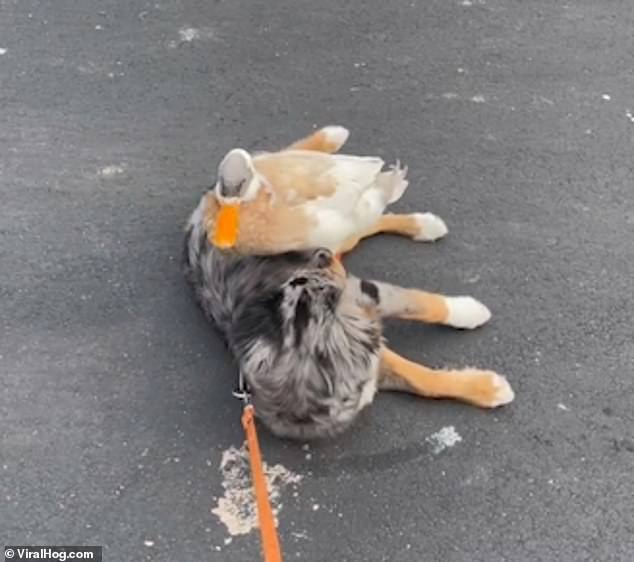 According to Teak’s owner, Pancake the duck often shows the dog who is the boss