JOS BUTTLER powered his way to 83 not out from 52 balls as England stormed to victory in the third Twenty20 match.

Buttler was so good that England reached their target with eight balls to spare and not the slightest worry along the way. 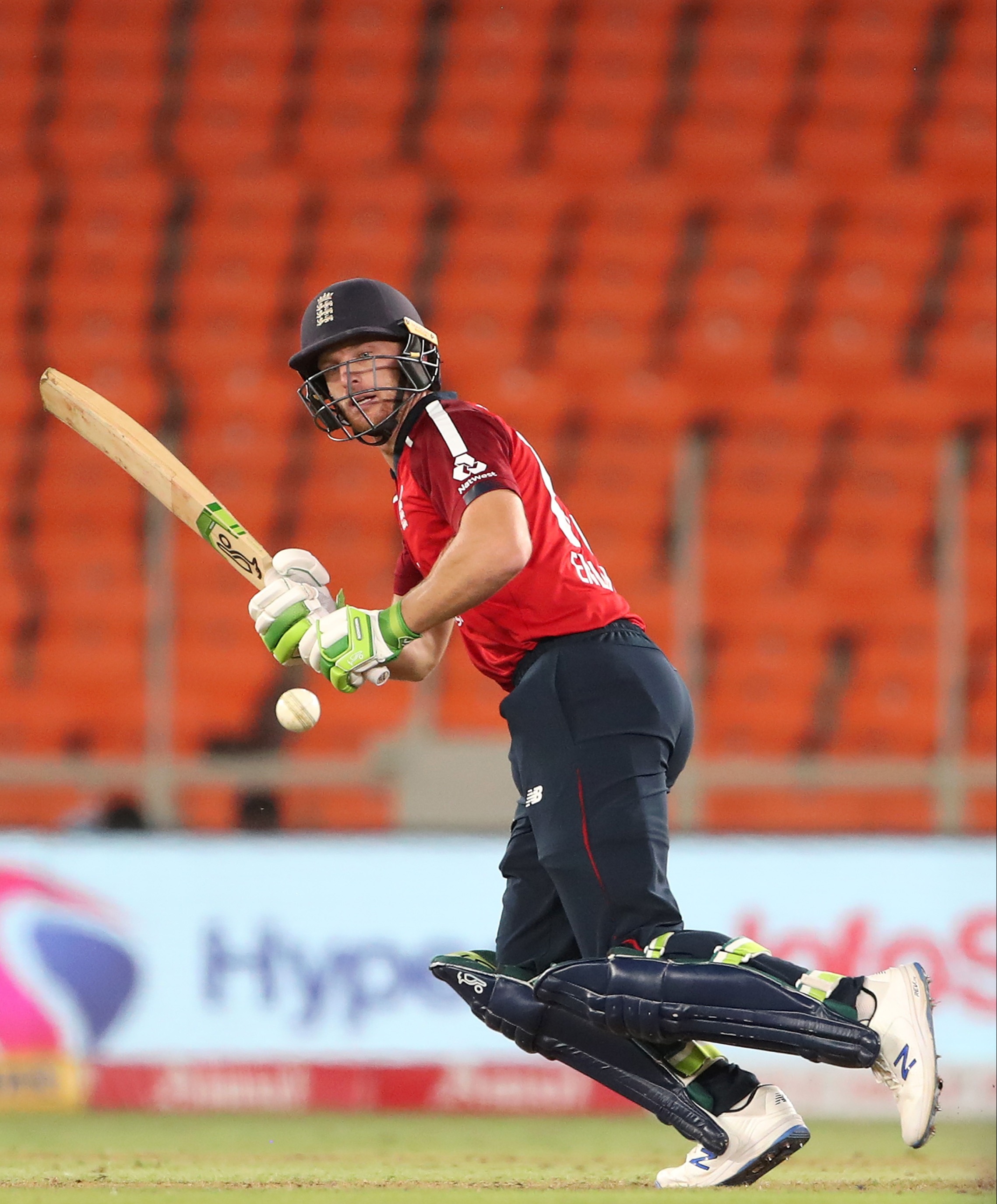 It gave England a 2-1 series lead with two matches remaining on Thursday and Saturday.

Yet again, the team batting second won easily. The advantage of winning the toss is threatening to turn this series into a farce.

Batting is tricky in the first innings but then, once the dew arrives, it becomes a much more straightforward proposition.

Having said that, England were so superior in every department they might even have triumphed batting first.

England would certainly have won even more comfortably but for a magnificent innings by Virat Kohli, who rescued his team with 77 not out from 46 balls after they were 24-3 at the end of the six-over power play.

India had no answer to the pace of Jofra Archer and, in particular, Mark Wood in those early overs.

When England batted, Buttler unleashed his usual repertoire of shots – ranging from monstrous lofted hits down the ground to perfectly-connected reverse sweeps.

His only blemish came when he had scored 74 when a reverse sweep flew to point but Kohli spilled a sitter of a catch.

CHELTENHAM SPECIAL OFFER: GET CHACUN POUR SOI AT 50/1 IN THE CHAMPION CHASE 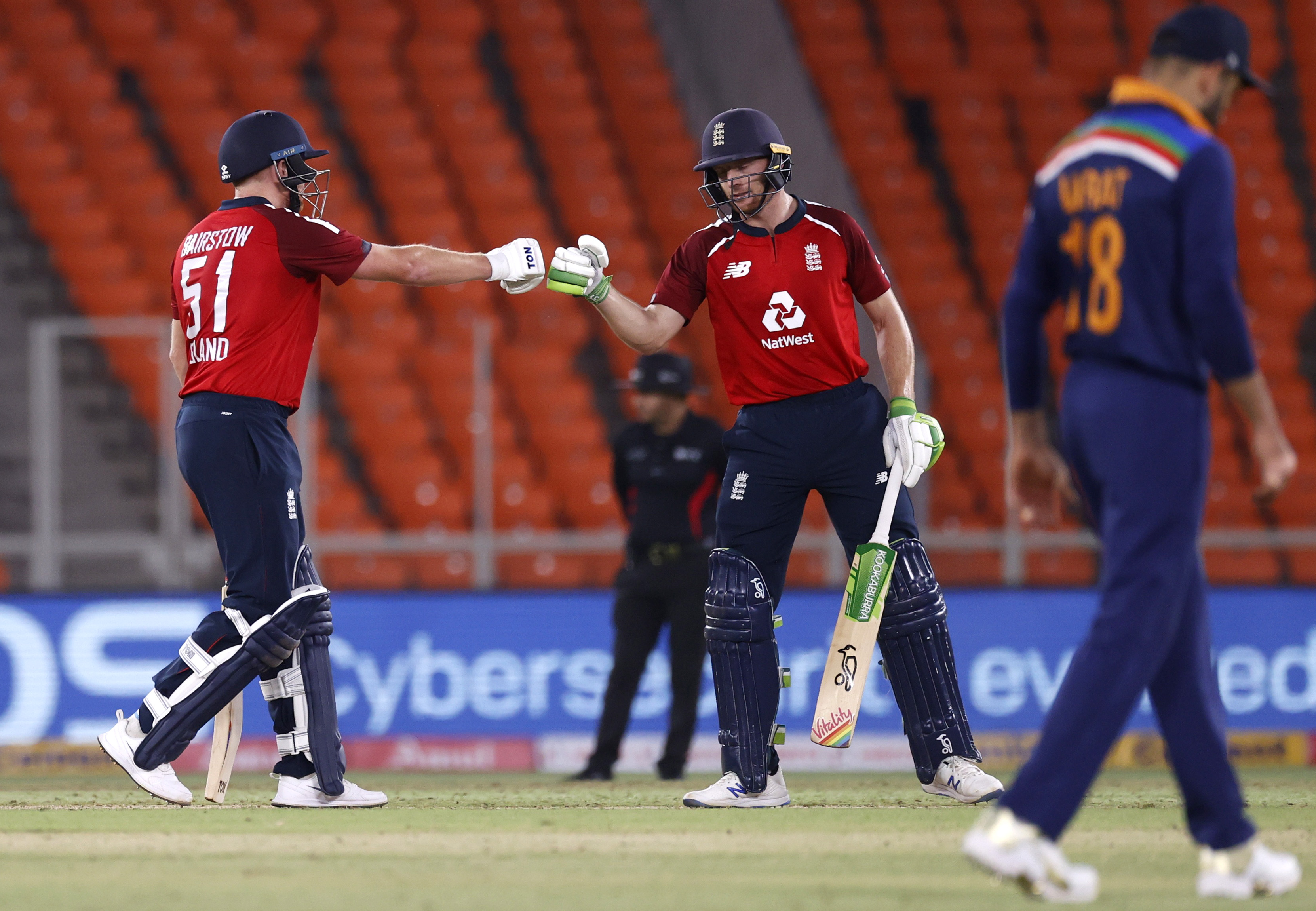 Jason Roy and Dawid Malan both struggled for fluency but it did not matter because Buttler was so explosive at the other end.

Buttler and Jonny Bairstow put on 77 for the third wicket without being parted.

Some people reckon Buttler should revert to his former position in the middle-order in England’s T20 team but, when he plays like this as an opener, it makes sense for him to stay at the top. He is the best batsman so let him face as many balls as possible.

After being put into bat, India were soon in desperate trouble. K.L.Rahul was bowled by Wood for a duck – extending his sequence in T20s to 0, 0, 1 and 0.

Archer missed a simple return catch offered by Rohit Sharma from the first ball he bowled. But the Indian opener could not capitalise and flapped a short ball from Wood to backward square leg.

Ishan Kishan, the star of India’s win in the previous match on his debut, failed this time when he top-edged Chris Jordan and wicket keeper Buttler held a good catch running backwards.

Rishabh Pant was run out when Kohli called him for a third run – without realising he had overshot the stumps by five yards when completing his second run.

But Kohli decided to take it on himself to retrieve India’s predicament. He batted with skill and power, scoring 28 from his first 29 balls and then 49 from his next 17 deliveries.

Two successive strokes off Wood showed his sublime gifts. First, he stepped towards the offside, correctly anticipated a short ball and powered a pull shot over mid-wicket for six.

Next ball, Kohli’s anticipation was bang on again and he lifted a full delivery over long off for another six.

But, despite Kohli’s brilliance, India’s total of 156-6 was not enough.