THIS is the incredible moment a pride of eight lions tackled a buffalo in a savage attack.

In one image, the cape buffalo could be seen struggling in pain after an African lion latched itself onto the buffalo's lower body. 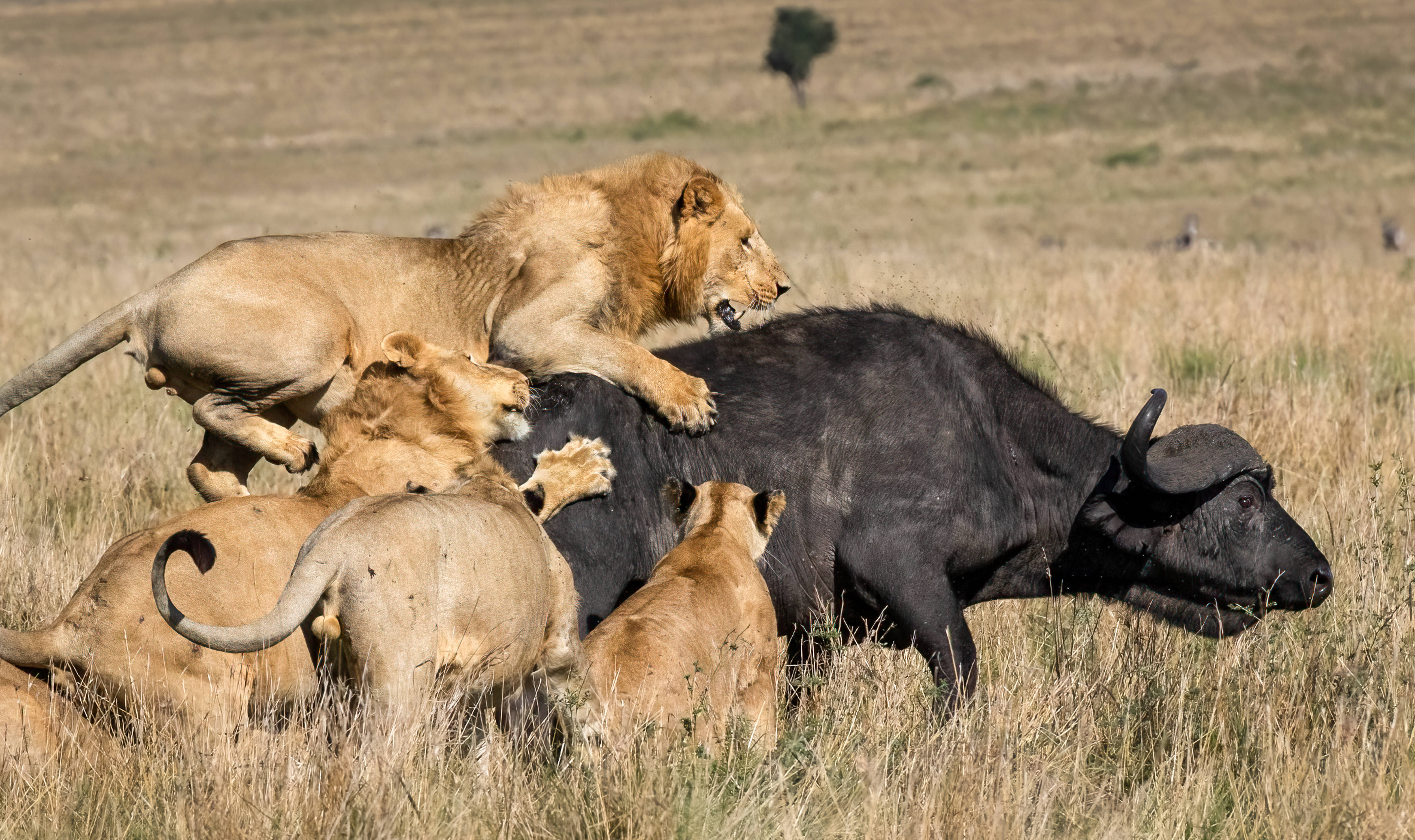 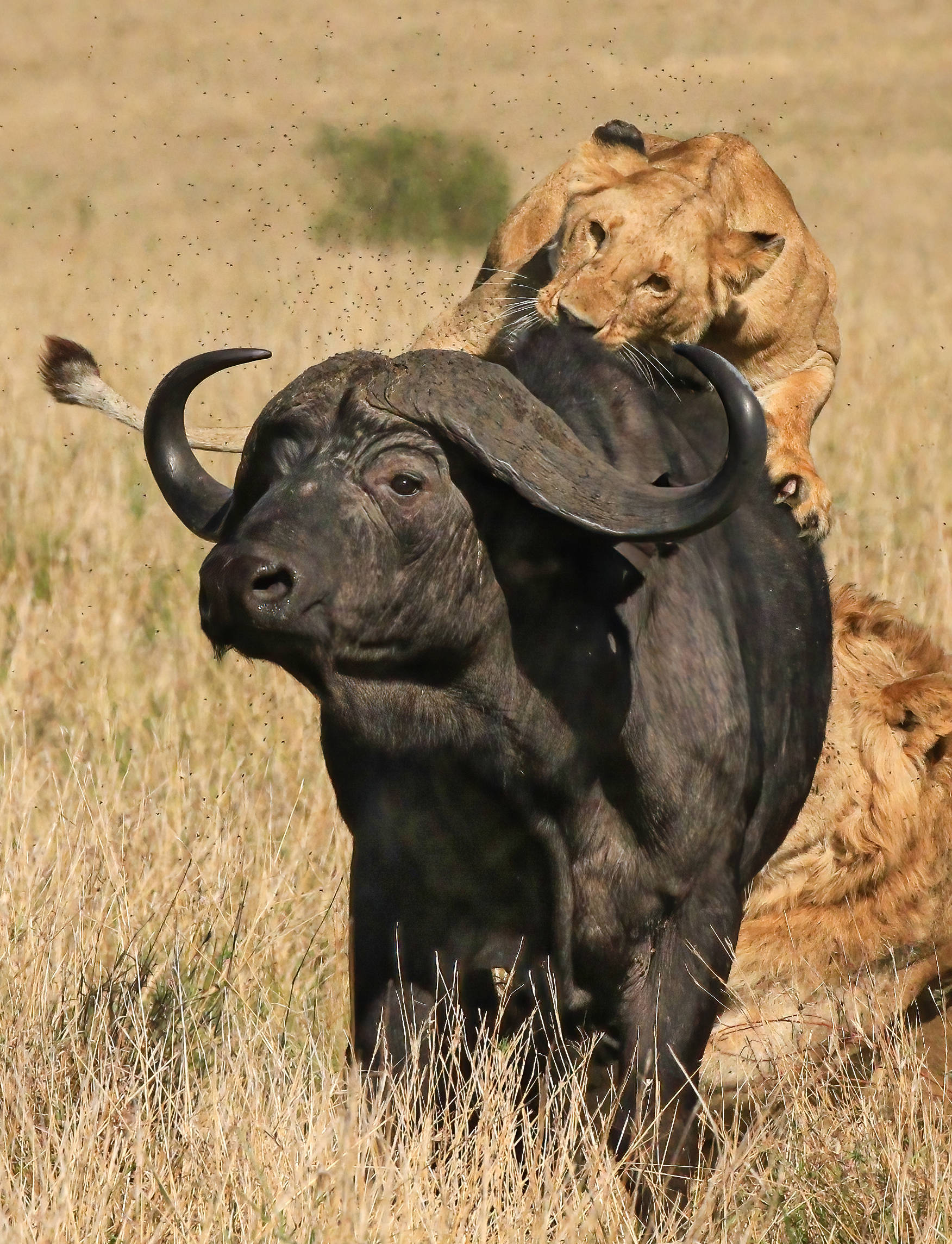 A lion was pictured sinking its sharp teeth into the buffalo's skin in the Maasai Mara National Park in Kenya.

Another image captured the moment the group of 500-pound lions began ganging up on their kill.

The lions huddled together and began tearing apart and eating the buffalo.

The stunning images were taken by finance director Murray Jacklin from Surrey who captured the brutal attack from 98 feet away.

It took just 24 hours for the gang of lions to fully devour the buffalo.

'Sadistic' girl, 16, 'laughed as she tortured a doctor to death in park'

Murray shared this spectacle on his Instagram page – murray.wildlifephotography.

The African lion are often preys on buffalo, but lions will usually favour smaller animals such as wildebeests instead.

However, when a pride is large enough, they will target larger animals. 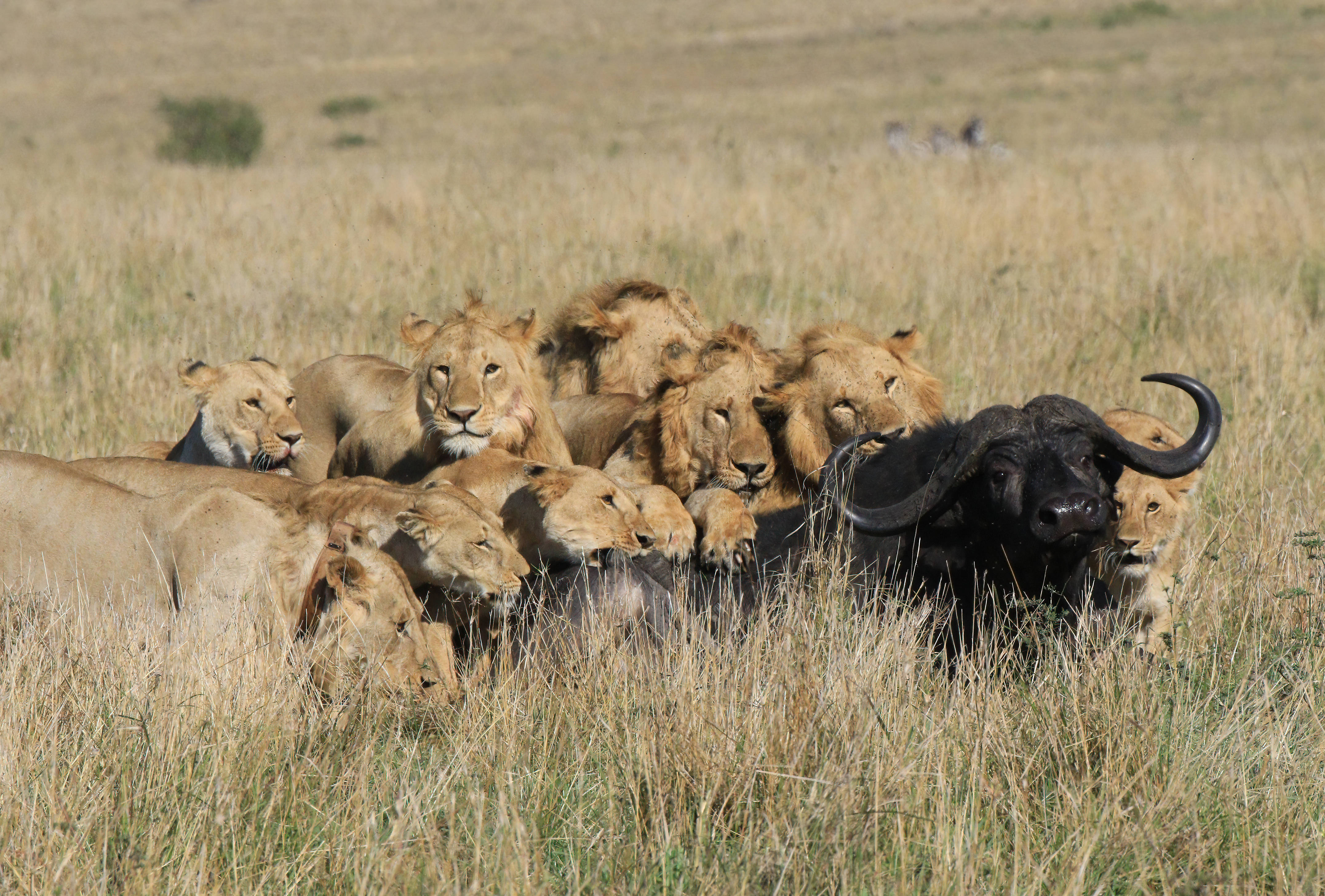 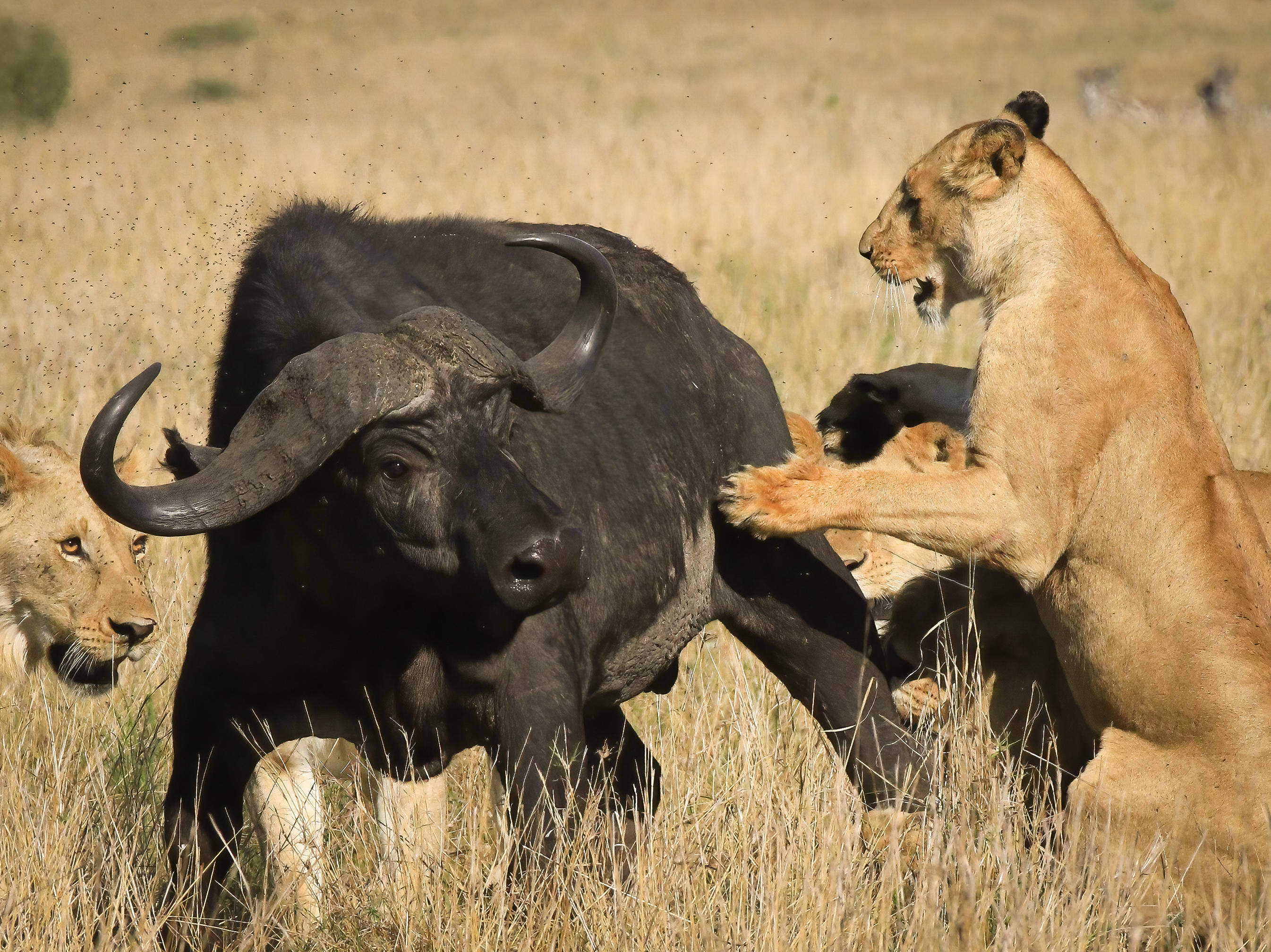 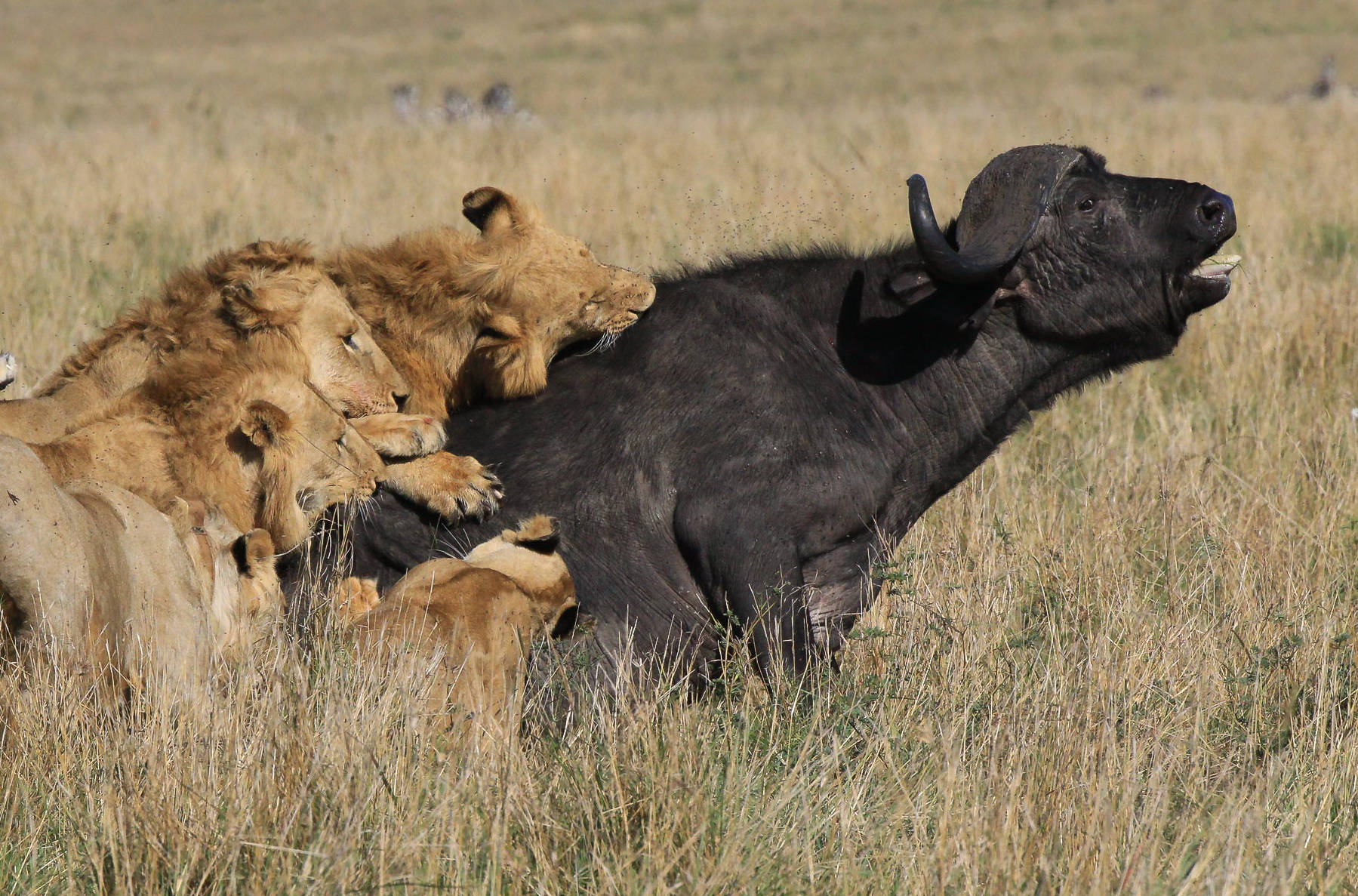 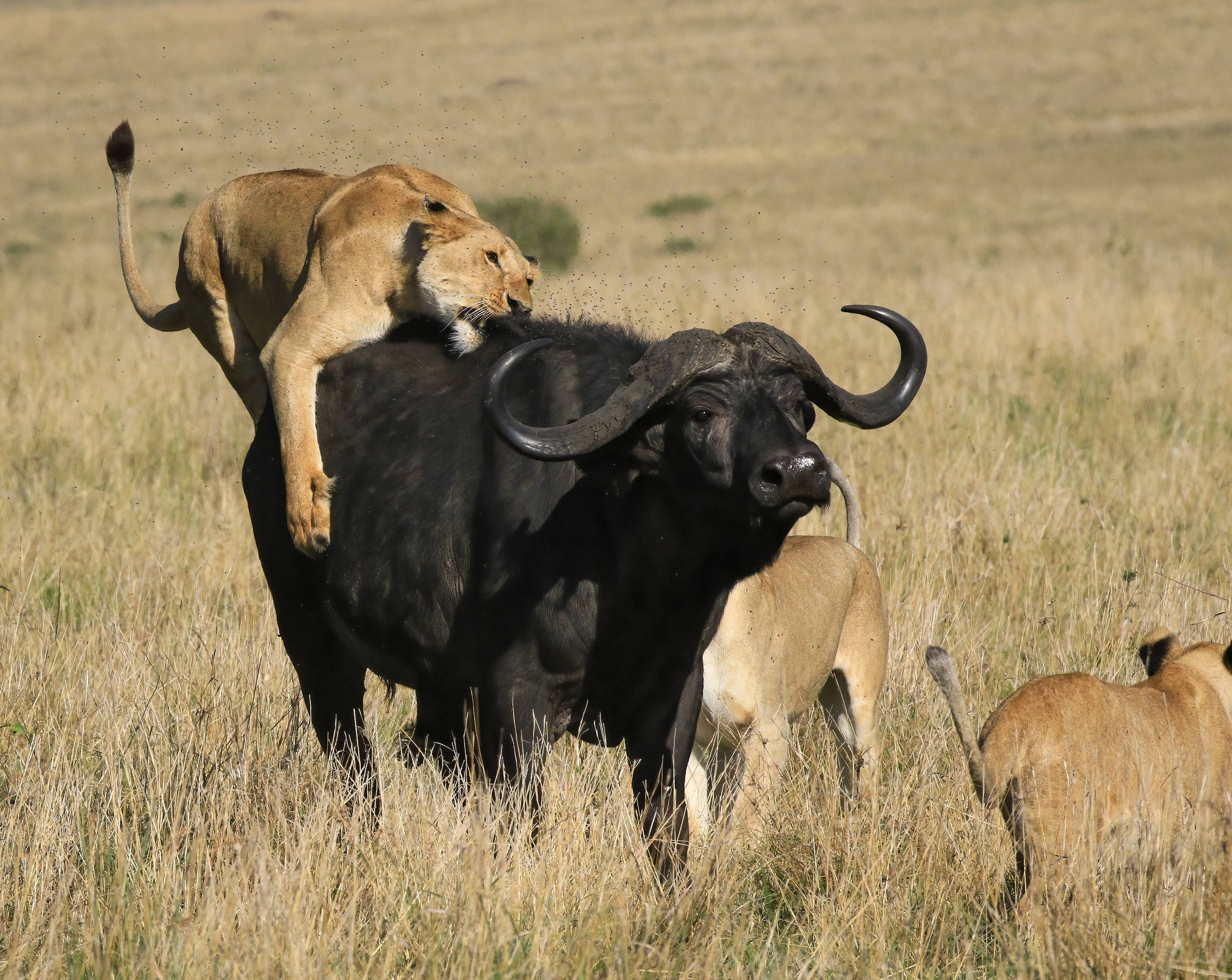