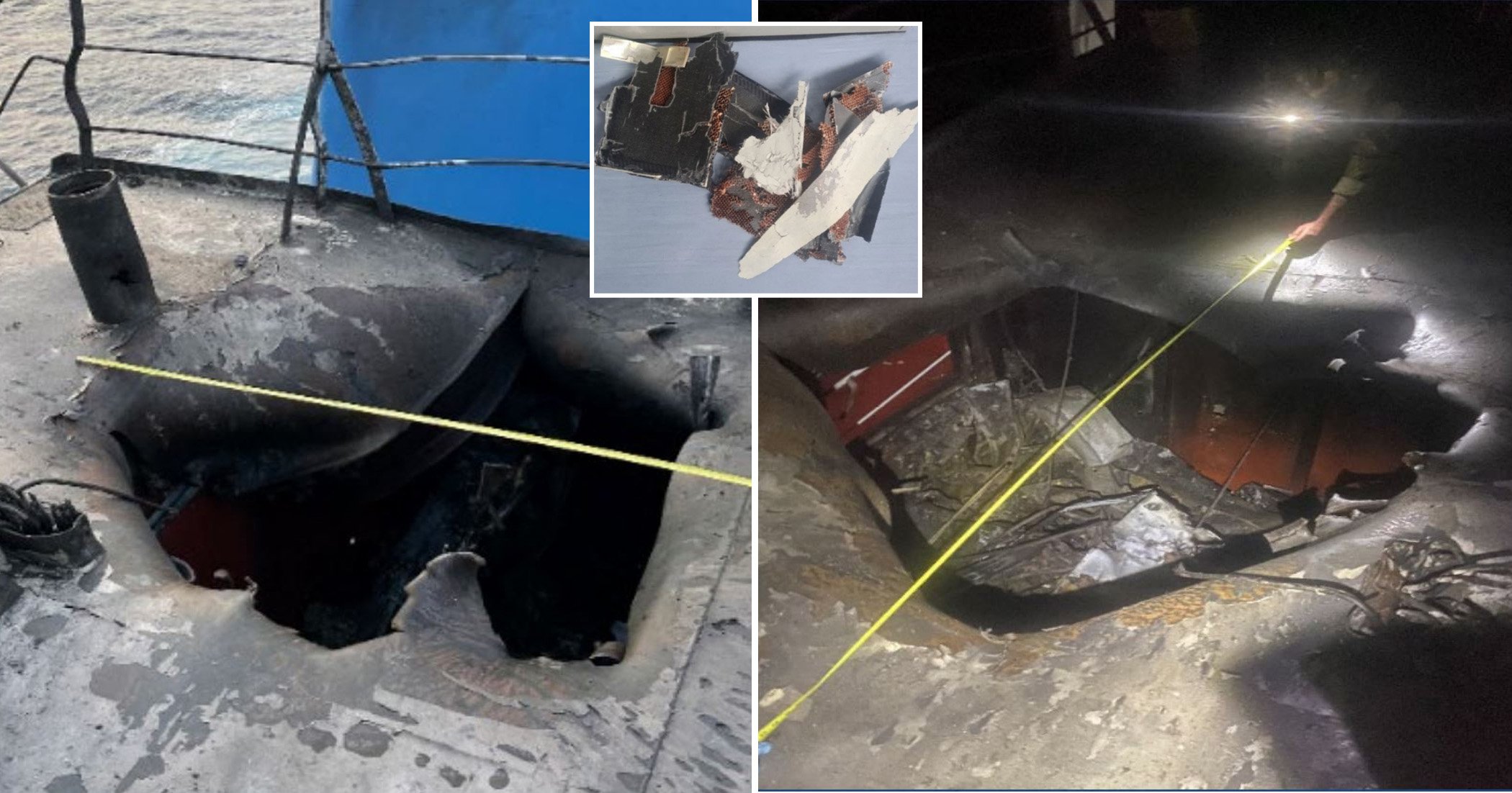 Iran has dismissed Western intelligence showing it was behind an attack on a tanker which killed a British sailor as ‘psychological warfare’.

The Republic’s strong denial comes as new pictures of the damage done by the deadly strike on the Mercer Street off the coast of Oman are released.

Adrian Underwood, an army veteran and father, died alongside the ship’s Romanian captain when a drone loaded with powerful explosive hit the vessel while it was peacefully traversing a key Gulf shipping route.

The attack came amid rising tensions between Iran and Israel, with each accusing the other of strategic hits on vessels and cyber attacks in recent months.

The Mercer Street is Liberian-flagged and Japanese-owned but it is managed by a company based in Israel, Zodiac Maritime.

On Friday, foreign ministers from the G7 jointly accused Iran of threatening international peace and security.

US secretary of state Antony Blinken has previously said he is ‘confident that Iran conducted this attack’.

But Iran’s senior armed forces spokesperson, Abolfazl Shekarchi, told state media: ‘If we were to confront enemies… we would declare it openly, so the recent storytelling by the enemies is a psychological operation.’

Tehran has flatly denied any involvement and accused Britain, Israel and the US of creating ‘insecurity…and Iranophobia’.

He insinuated Israel was actually behind the attack and dismissed evidence from American military experts concluding the attack was conducted by an Iranian drone.

British officials raised the issue at a closed-door meeting of the United Nations Security Council on Friday.

Mohsen Baharvand, Iran’s ambassador in London, was summoned to the Foreign Office on Monday to meet with foreign minister James Cleverly.

According to a statement, he ‘reiterated that Iran must immediately cease actions that risk international peace and security, and reinforced that vessels must be allowed to navigate freely in accordance with international law’.

A raging ‘shadow war’ being fought between Iran and Israel is set against the backdrop of stalled efforts to revive the Iran nuclear deal.

An agreement to curb Tehran’s nuclear ambitions was agreed in 2015 by President Barack Obama but torpedoed by Donald Trump.

Talks have been ongoing in Vienna to end the crisis but there are few signs of a major breakthrough.