BBC News at Ten presenter Huw Edwards liked a number of tweets that showed a clear support of the shadow Labour government.

He also liked two other tweets in which others were mocking members of the Conservatives such as Prime Minister Boris Johnson and Health Secretary Matt Hancock.

The 58-year-old has had his impartiality called into question after he clicked the love heart icon on Twitter underneath a tweet about the NHS.

The tweet had been posted by GMB Union and was urging people to vote Labour in the next election.

It had also been tweeted out by Rob Delaney, and this is the version Edwards had liked. 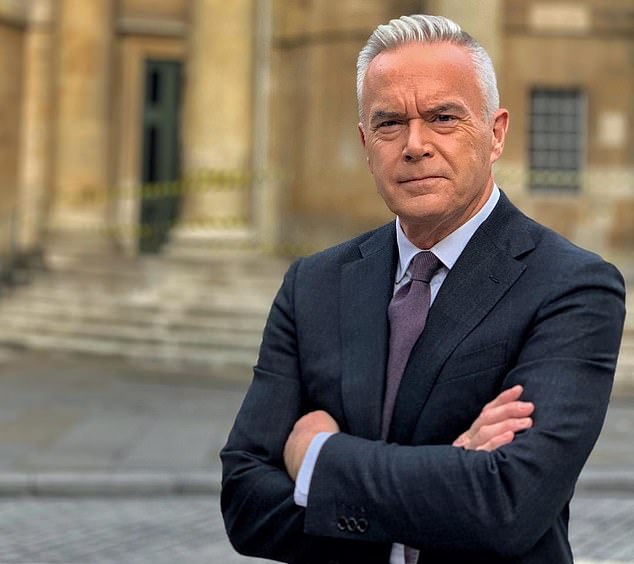 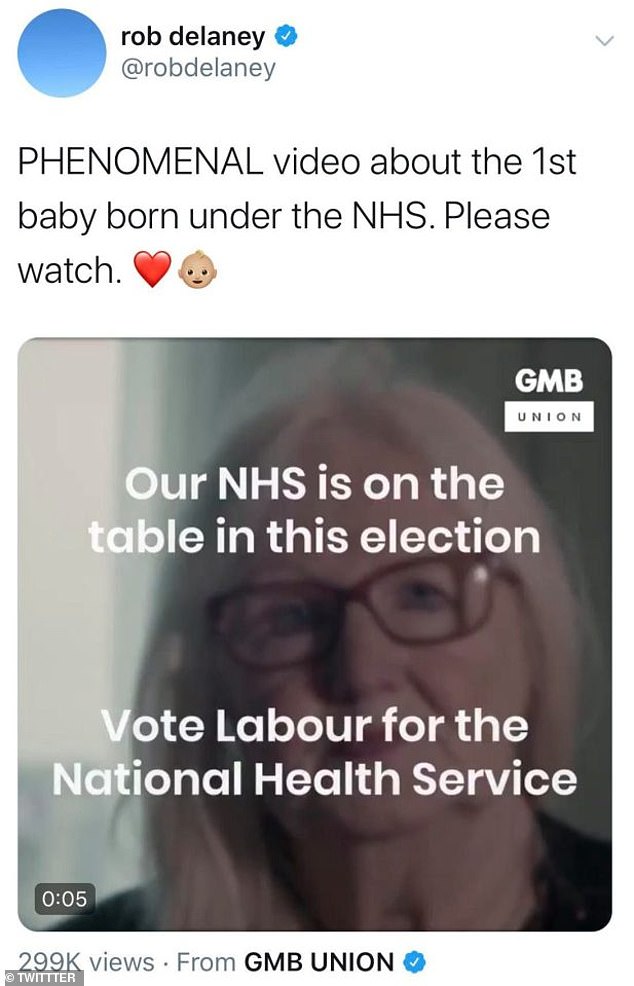 It had included a video about the first baby born on the NHS, and claimed the NHS was ‘on the table in this election’.

The Welsh newsreader defended his Twitter use and said: ‘Yeah I like a tweet which seemed to be a celebration of our wonderful @nhs – apologies for not watching right to the end. But apologise for supporting the NHS? Never’.

His Twitter profile also showed he had previously liked a tweet from The Secret Barrister, which stated that Prime Minister Boris Johnson had copied his blog post and passed it off as his own work.

He was also found to have liked a tweet from Good Morning Britain host Susanna Reid, which had been criticising health secretary Matt Hancock.

Edwards is paid £490,000 by the BBC and Conservative MP David Davis has now slammed the news reader, telling The Sun that BBC staff should ‘keep their political opinions to themselves’.

Edwards will be presenting the General Election show on the BBC next week and Mr Davis added that Edwards had previously been professional with him, but claimed he has had a ‘disappointing lapse of judgement’.

He added: ‘He knows the BBC’s highly salaried members should keep their political opinions to themselves.’

It comes after a row which saw Naga Mucnhetty being suspending after the BBC received complaints about her comments on Donald Trump.

The BBC’s guidelines state that news staff should not ‘state or reveal publically how they vote of express support for a political party’.

It also says that they are also unable to express views for or against policies which are matters of current debates between parties.

It adds that staff should also not ‘advocate any particular position on a matter of public policy, political or industrial controversy, or any other ‘controversial subject’.’

The BBC claimed that ‘likes and retweets are not the same as endorsements’.