Hundreds of homes in the south-east have been left without water and millions more taps could run dry as lockdown and soaring temperatures put a ‘strain’ on the region’s water supply.

Around 300 properties in Mid-Sussex have been without water since Friday, while others in the area have had intermittent supplies, often with none at peak times in the morning and evening.

South East Water, which supplies 2.2 million people across Hampshire, Berkshire, Surrey, Sussex and Kent, has apologised to customers desperate for the ability to drink, cook, wash and clean amid a recent heatwave which has seen the mercury rise to a sweltering 96F.

One man even had to bury his own human waste in the garden because he has been unable to flush his toilet since before the weekend, according to reports. 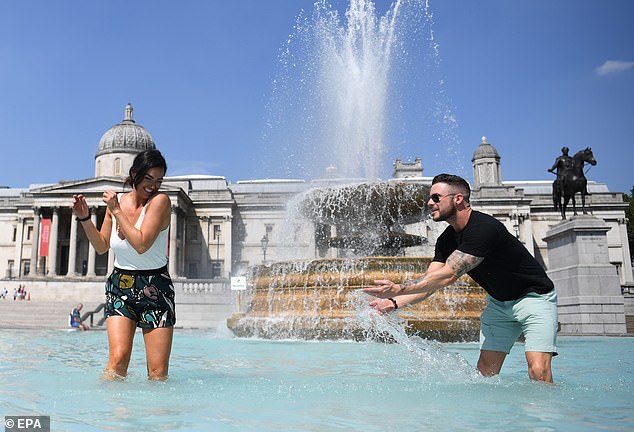 A couple cool down in the fountains at London’s Trafalgar Square today as temperatures continued to remain high, leaving many without running water at home 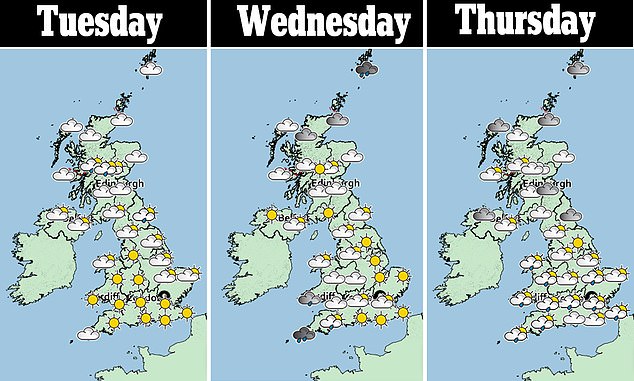 South East Water said today it is ‘vital’ families minimise their water use this week, with storms and cooler weather forecast over the coming days.

Bottled water stations have been set up, with some 32,000 hand delivered to those most in need over the last few days,

The company insists it will be organising compensation for affected customers and continues to work ‘tirelessly’ to try and meet unprecedented demand.

South East Water said over the weekend the spike in the amount of water homeowners and visitors on their staycations are using is ‘putting a strain on the county’s water network’ as it pleaded with customers to be responsible.

Head of Central Operations Steve Andrews said: ‘Many people don’t realise that water is a fresh product which is produced 24 hours a day, seven days a week. 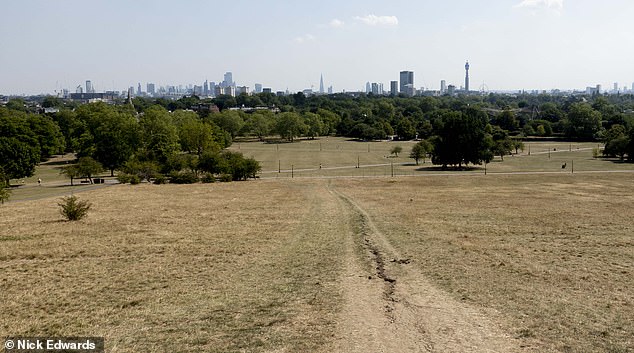 ‘When we draw the water from deep underground or from rivers it has to be treated to a very high standard at our water treatment works before being sent along miles of pipe to homes and businesses.

‘Our water technicians have been working round the clock to produce this extra drinking quality water needed – the equivalent of filling to the brim almost half a million baths – but with this record amount of water being used daily it is getting harder to keep up.

‘I would like to say thank you to our many water savvy customers who are helping by being water aware, but I am now appealing to every one – household and businesses – to keep water for essential use only while the heat is on.

‘We are asking everyone to think carefully before turning on the garden tap and also see if they can capture and use the water twice, such as washing hands over a bowl and then using that water on the plants.

‘We are also asking them not to wash their cars and leave the lawn to turn golden as it will soon recover when the rain returns next week.

‘If filling a paddling pool keep it shallow. I was shocked to be told that the average paddling pool now needs a whopping 530 litres of water to fill them – more than three times the total daily amount of water usually used by one person. This is adding to the high demand for water seen during this hot summer weather.’ 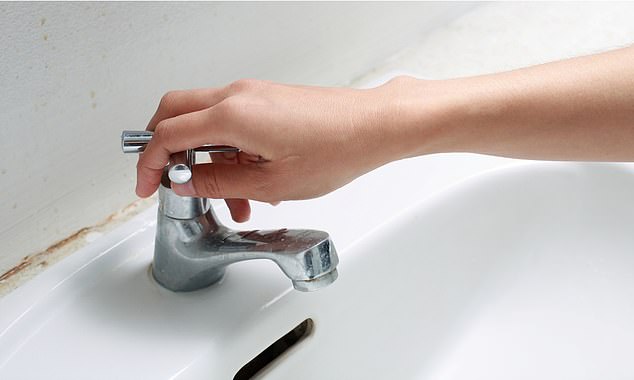 It comes as Gary Walker, from Warninglid, Sussex, told the BBC he has been forced to ‘manually remove waste from the toilet and bury it in the garden’.

He added: ‘I’ve had to leave the village today and escape to the coast. It’s just too upsetting.

‘Watching my parents – who are in their 80s – take water out of a well in the garden to put on their plants and flush their toilet is just heartbreaking.’

Britain’s ten-day heatwave continued today as temperatures soared to 96F (35.7C) in the most severe hot weather on record – after the country was hit by flooding, thunderstorms, 50,000 lightning strikes and hail the size of golf balls.

The mercury hit 96F (35.7C) near Heathrow Airport in London this afternoon as hundreds of Britons made the most of the sweltering heat during the fifth day of at least 93F (34C) temperatures in South East England.

Tomorrow will be just as hot – giving Britain the most days in a row above 93F on record, which would confirm the country’s most severe heatwave ever as a Met Office level three heat health alert remains in place.