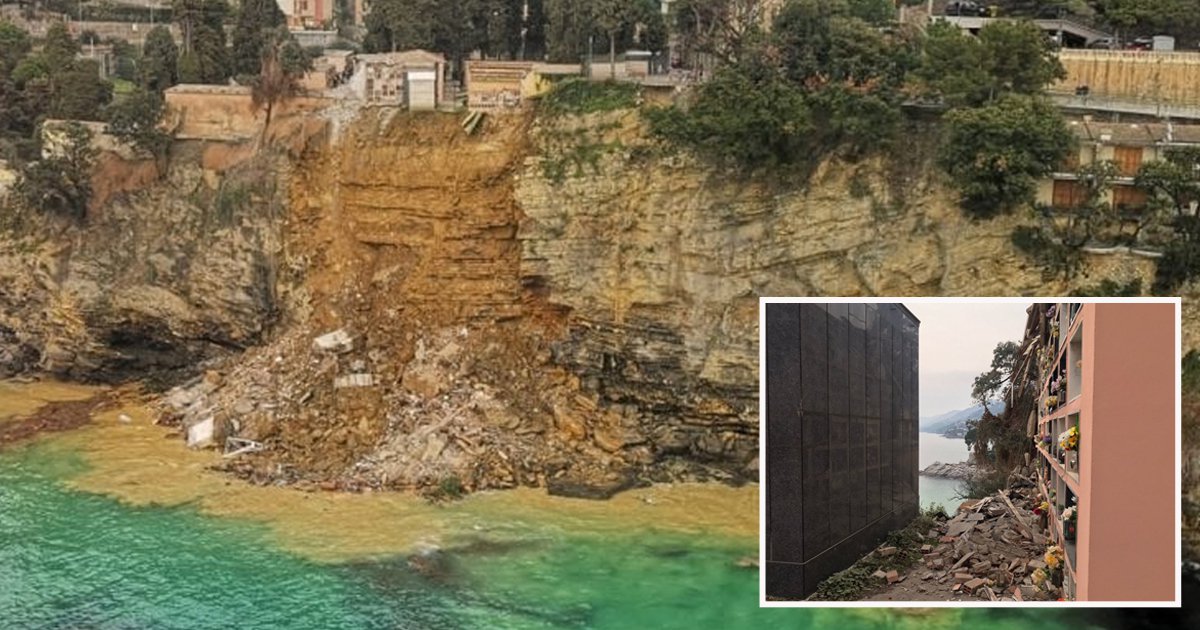 Around 200 coffins have fallen into the sea after part of a cemetery on a clifftop collapsed in Italy.

Many of them were damaged after plunging 50 metres onto rocks below.

Videos and pictures in Italy showed how the coffins floated away, some of them coming open and losing the bodies inside.

Divers went out to the sea in Camogli, near Genoa, to try and recover the coffins as relatives waited anxiously.

One of them, Giancarlo Moreschi, told the Times: ‘It’s difficult to explain what we witnessed down there.’

He helped to bring eight coffins and two floating bodies to shore, saying: ‘The clothes on one body were still intact and identification should be possible.’

The dives were dangerous as they was the possibility for more of the cliffs to collapse, he said.

Local resident Pamela Alloisio said her father was buried at the 150-year-old cemetery and she was anxious for news of him. ‘My legs are trembling, it’s as if he has died again,’ she said.

Local mayor Francesco Olivari said the bodies would be tested for DNA and relatives would be offered counselling.

The landslide is believed to have been caused by coastal erosion, although Genoa prosecutors will examine whether recent building works could have played a role.