EXCLUSIVE: Hotel nightstalker is jailed for 14 years: ‘Very organised and dangerous’ smooth-talking Wembley steward conned room keys out of desk staff to get into women’s rooms and sexually assault them

A hotel nightstalker who sexually assaulted lone women in their rooms after conning receptionists he was their husband to get keys has been jailed for 14 years.

Wembley Stadium steward Hugo Delgado, 21, targeted victims as he lurked near where they were staying.

He followed them into the hotels and attempted to con receptionists he was their husband to get key cards so he could attack them.

Delgado, ruled a ‘danger’ in a his pre-sentence report, even carried on sexually offending after he was arrested – exposing himself to a female prison guard as he was on remand.

Today the criminal – described by Scotland Yard as a ‘very organised and dangerous individual’ – was taken off the streets for good.

He was jailed for 14 years at Wood Green Crown Court after being found guilty of assault by penetration, sexual assault and trespass with intent to commit a sexual offence. He must serve ten in custody and four on license.

It came after a seven-day trial and a police investigation lasting over a year that saw heart-stopping footage of him prowling hotel corridors after one attack.

And today officers urged any further victims to come forward, adding it was ‘unlikely these were his first offences’.

Superintendent Daniel Rutland told MailOnline: ‘He was a very organised and dangerous individual. He is a predatory offender and you can see from his history and the type of things he has done that he is opportunistic.

‘These are two violent offences and someone that is offending in that sort of way – it’s unlikely that these are his first offences. 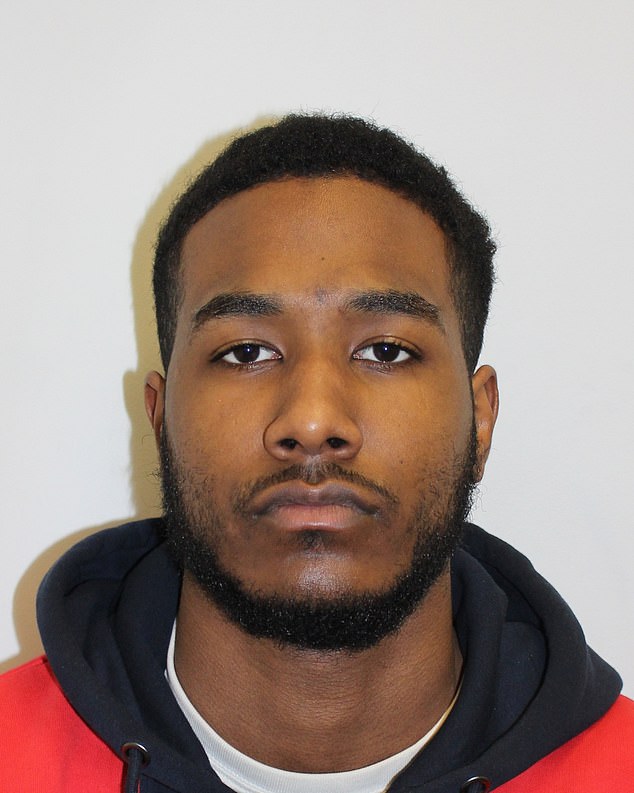 ‘If there are any other victims that have been attacked in that way they need to get in contact with the police.

‘I think his crimes show sheer front. If you are as confident as he was I think people at hotel desks would take him at face value. His pattern of behaving, the fact he continued to offend on remand, in my mind he would have carried on offending.

‘He is very opportunistic, the second hotel offence it’s particularly worrying that he could come and go and do that. His offences are outrageous – he is capable of doing anything. It horrifies me that people like this are out there.’

Delgado’s first known attack happened on October 6, 2019, at a hotel in Shoreditch,

He approached a lone woman, who was in her 50s, in a hotel corridor as she was entering her room.

Delgado lied he room was his and she showed him her key card to show him he was wrong.

At 10.51pm that night he claimed to be the husband of the victim and conned reception out of a key card.

He left the hotel but returned at 3am the next morning and used it to get into her room at 3.07am. 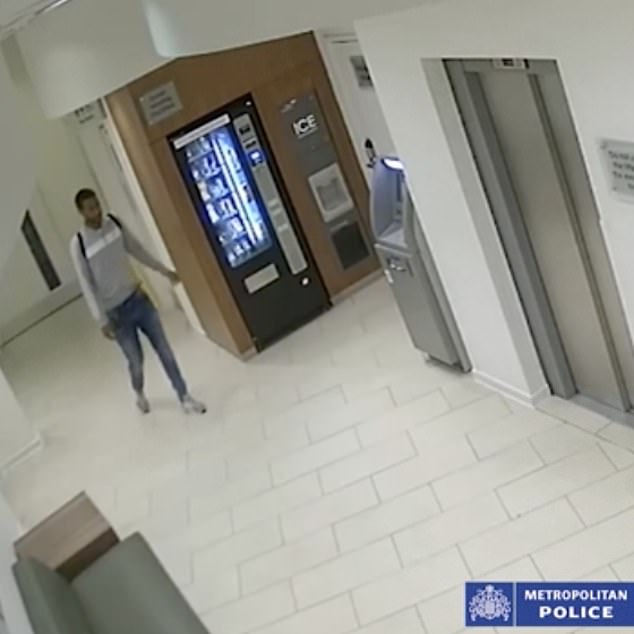 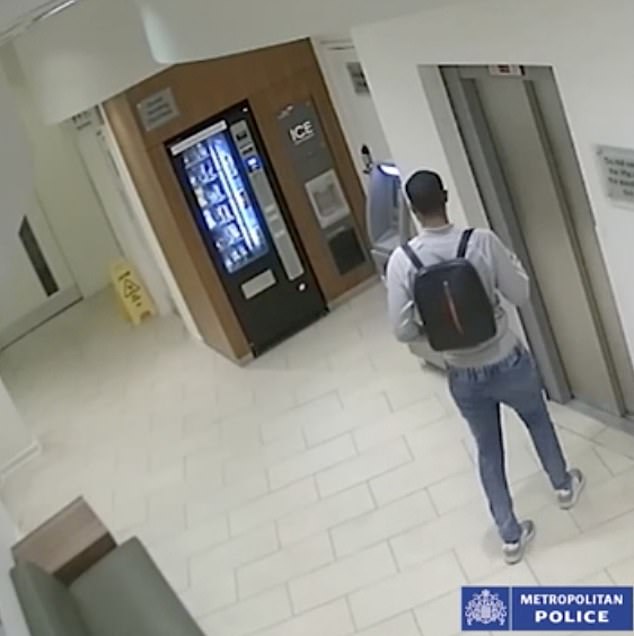 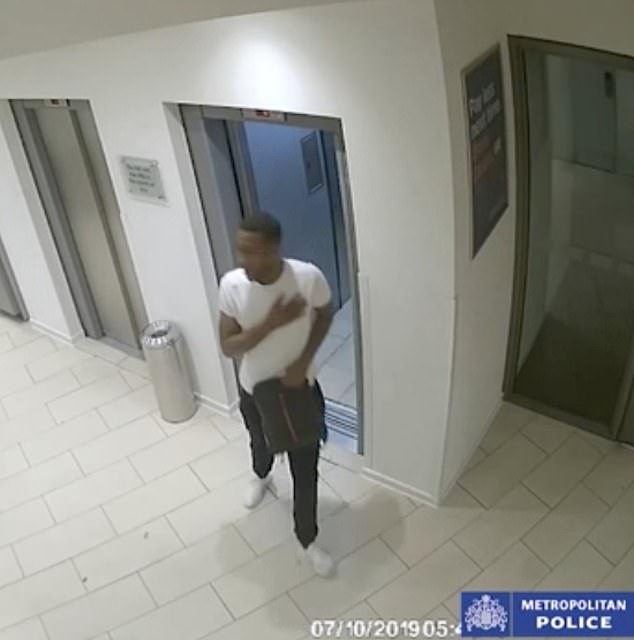 Police support for victims of sexual assault or rape

If you have been a victim of sexual assault or rape or you have information about an offender, contact police on 101 or 999 in an emergency – there are specially trained officers who will listen and investigate where needed.

Further information, including details of agencies and charities that can offer support can be found on https://www.met.police.uk/advice/advice-and-information/rsa/rape-and-sexual-assault/

The court heard just after 5am she woke up after he had stripped her naked and sexually assaulted her.

She screamed and he left, captured on CCTV as he exited the hotel. Police were called and the investigation was launched.

Just six days later he struck again, this time on a woman in her 20s.

The next memory she had was waking up in a hotel room, witnessing Delgado performing a sexual act on her.

She had also been sexually assaulted and reported the incident to police later that morning, who found him still in the room and arrested him.

It was then officers made the discovery Delgado had earlier on the evening before attended the same hotel and attempted to gain key cards for two of the rooms.

One did not have a guest in it and he gave the incorrect name for the other room.

Officers think he gained access to the second victim’s room because the deadlock had not been put on.

In a harrowing impact statement to the court, his second victim said: ‘He will go to prison but prison is a place like any other for someone with no ethics, values, ambitions or goals. Meanwhile, I am left with hours and hours of therapy, police phone calls, reminders of a trauma I hope will not follow me for the rest of my life and a challenge to find myself again and pick up from where I left off, despite what I’m still going through.’

‘I still don’t know what happened to me and I’m not sure I want the police to tell me. All I need to know is that no one deserves this – no matter who they are, where they are and the state they are in. I’ve always been incredibly careful with whom I give my body. It had to be an act of love because otherwise, it went against my values and principles. Being raped smashed these principles, along with everything I was built on.

Detective Constable Rob Johnston, the investigating officer from the police’s Sapphire Investigations, said: ‘It is undeniable that a very dangerous man has been taken off the streets.

‘I commend both of the victims for their courage and commitment in supporting the case, without their support Delgado may have put further women at risk. There is no doubt it is difficult for victims to report these offences and recount their experiences. We have specially trained officers dedicated to providing ongoing support, care and guidance through these investigations. I’m satisfied with the outcome of the trial but I fully appreciate that these incidents may have lifelong effects on the victims.

‘I would encourage any further victims who have been assaulted but not reported the incident to come forward.’