Police have released CCTV footage to find the person responsible for attacking a Sikh leader who was ‘left for dead’ on the street in Manchester.

The 62-year-old victim, who has not be named, was in the centre of Manchester’s Northern Quarter on June 23 when he was hit in the head by a man who was thought to have been upset after he bumped into his partner.

It is believed the grandfather accidentally brushed the arm of a young woman when walking home. Her partner then followed him down the street.

CCTV footage captures the men exchanging words on Hilton Street. The victim moves away but he is pursued onto Tib Street and is hit in the head twice before falling to the floor. 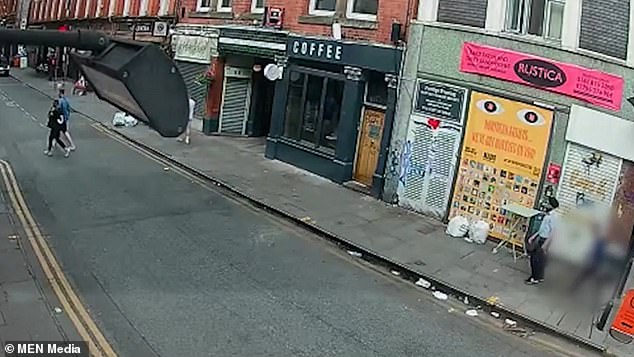 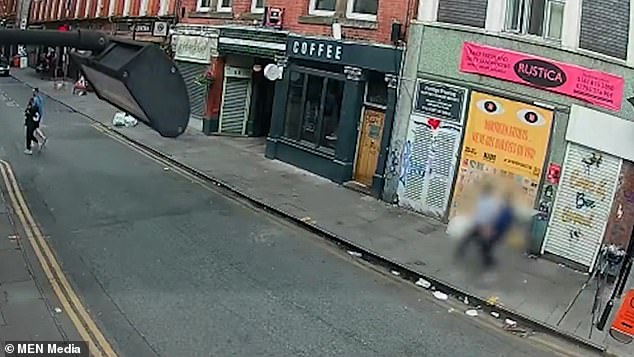 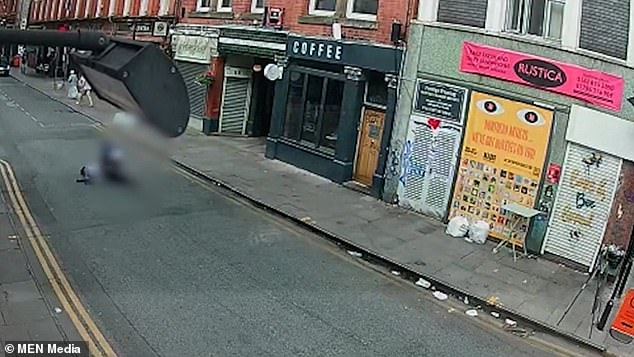 His attacker then walks away, leaving him lying in the road near a restaurant.

The victim suffered a serious brain injury and has not spoken since the incident. His family say his life has been ‘tragically altered’.

‘On the June 23, 2022, our loving and caring husband/father, a 62 year old Sikh priest, had his life tragically altered forever when a thug cowardly committed this heinous act, leaving him in a pool of blood with catastrophic permanent life-changing brain damage and walked away as if it was normal behaviour,’ they said in a statement.

‘A devoted husband and father who has lived, worked and supported a community in a city he has loved for 37 years and now cannot even leave the hospital.

‘He worked long hours every day to help his children live the life he never got to and make sure we were raised to help and inspire future generations, raising a teacher, a pharmacist and a soon-to-be doctor.

‘A Sikh priest was left for dead on the bustling streets of Manchester, a route he has walked home every day, while people watched on. He was mindlessly and violently attacked and the sick, cowardly individuals are still out there. 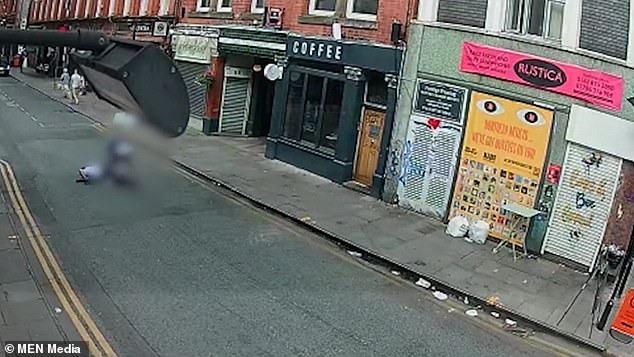 The attacker punched the victim twice in the head, leaving him in hospital with a serious brain injury 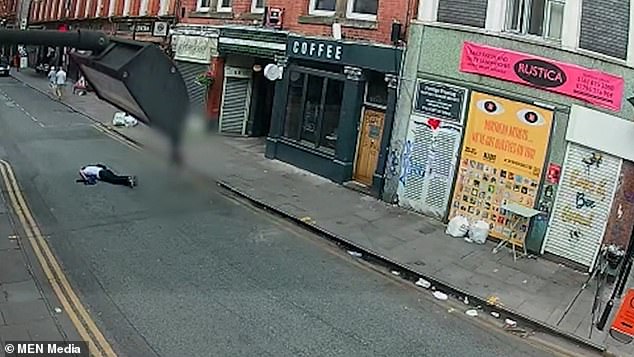 Footage shows the attacker walking away from the scene, leaving the 62-year-old victim in the middle of the road 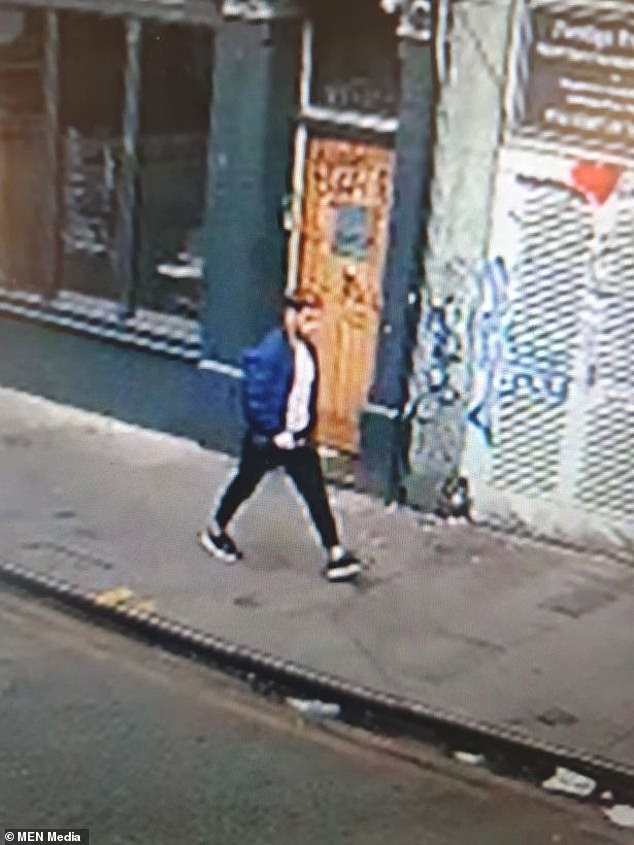 ‘We read horrific things in the news but never expect it to happen to one of your own, a man who could not say a single hateful or negative comment, who taught those around him to practice kindness.

‘We have lost the life of the party, the light in amongst any darkness in our lives and the laughter and joy he brought home every day, has disappeared and left our hearts vacant. We will sadly never get the man back who left for work that day and thought he would walk home to enjoy the nice weather.

‘We appeal to anyone who knows anything or knows the offender to come forward, it is more than two months since the incident, and we are no closer to finding them and bringing them to justice for their actions. Our husband/father lives in a hospital bed with life changing injuries not knowing what the future holds.

‘Please, please act today not out of hate but to stop this happening again to someone else and tearing another family apart, as we would not wish this anguish on anyone else.’ 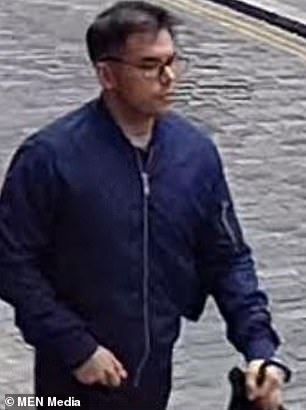 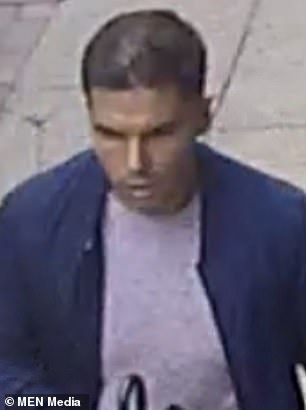 Greater Manchester Police have released the footage to identify the attacker, and CCTV images of a man and a woman they want to speak to in connection with the incident.

Detective Inspector Mark Astbury, of Longsight CID, said: ‘We are keen to identify the man and woman pictured in the attached images, as we believe they may be able to assist us with our investigation.

‘We took the decision to release the CCTV footage with the family’s permission, simply to show the severity and mindlessness of this attack and why we need to make sure the offender is found and faces the consequences of his appalling actions.’

A 38-year-old man arrested in July on suspicion of serious assault in connection with the attack has been eliminated from inquiries.

Anyone with information, or who may recognise the man or woman pictured in the images should contact police on 0161 856 6049 or report it online at www.gmp.police.uk.