The Government has advised theatres to ban singing when musicals return to the West End, according to Lord Andrew Lloyd Webber.

Lord Webber revealed his plans to bring back The Phantom of the Opera in London’s Palladium in the first week of July this morning.

The composer, 72, said he had spoken to the government about reopening theatres with health procedures in place to reduce the spread of coronavirus.

But he revealed he was not impressed with some of the safety provisions being considered by officials, including a ban on singing. 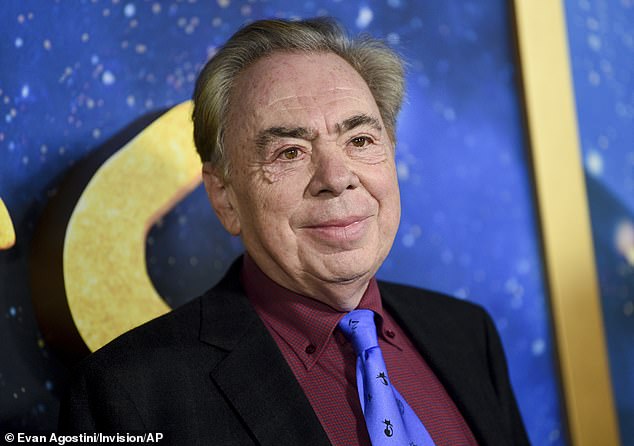 The Government has advised theatres to ban singing when musicals return to the West End in London, according to Lord Andrew Lloyd Webber 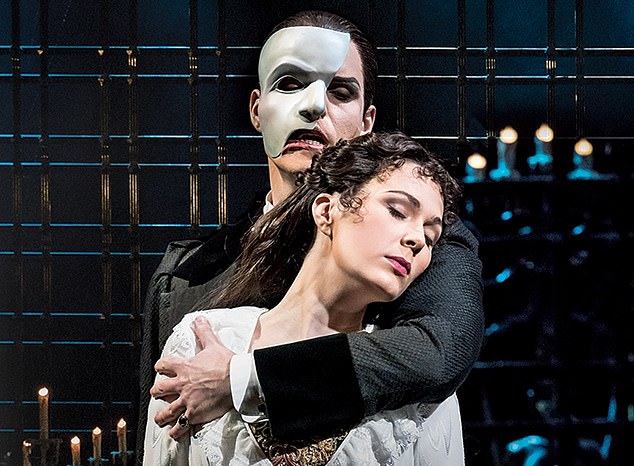 Lord Webber said: ‘I’ve had a couple of phone calls with Oliver Dowden about it, the Culture Secretary. I would love to say that they understand it a little more.

‘I have seen a report – I don’t know what’s going to be in the [final] report that comes out one Monday, but I sincerely hope that it contains some of things I’ve seen in their advice.

‘One of which is a brilliant one for musicals, which is that you are not allowed to sing.’

It is not immediately clear whether Lord Webber was referring to singing being banned for actors or the audience in theatres.

Several states in Germany have banned  choir singing in church services, even as shops and restaurants have reopened.

Speaking on BBC Radio 4’s Today programme, Lord Webber said it has already been proven that theatres can reopen safely in South Korea. 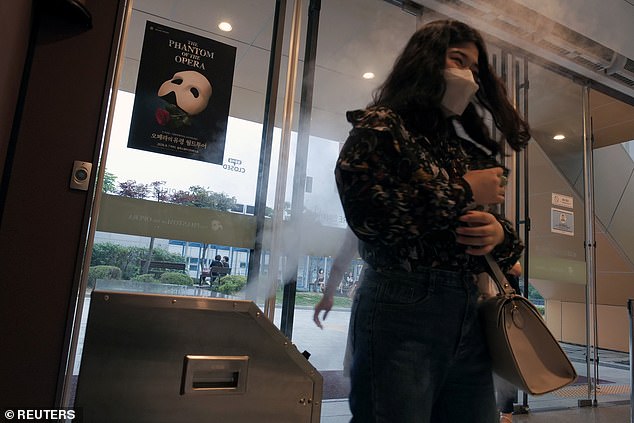 A woman walks past disinfectant before entering a theatre for Phantom of the Opera in Seoul, South Korea, yesterday

The Phantom of the Opera has been running in the Seoul with strict hygiene practices in place.

Believed to be the only large-scale English-language production anywhere in the world, the show’s world tour has been attracting large audiences to the capital’s 1,600-seat theatre.

The show had a mandatory three-weak break in April after an outbreak of Covid-19 among staff, but has since run without problem.

LW Theatres’ chief executive Rebecca Kane Burton explained how the system works in an interview with the Stage newspaper: ‘There is an infrared camera at the stage door, your temperature is taken remotely as you walk in, and a great big dashboard flashes up [to indicate] whether you can come in the building or not.

‘As soon as it does, the airlock releases, the door opens and you go in.’

Despite being unable to socially distance in a theatre, Lord Webber said the show proved you could sufficiently protect the health of viewers and cast.

‘What I hope to do is to be able to demonstrate to the Government what has happened in Korea, at The London Palladium, hopefully in the first week of July,’ Lord Webber said.

‘The key thing they have is incredibly good hygiene in every possible way. Both backstage and in the front of the orchestra.

‘The whole point is to make people feel as safe and secure as they can. 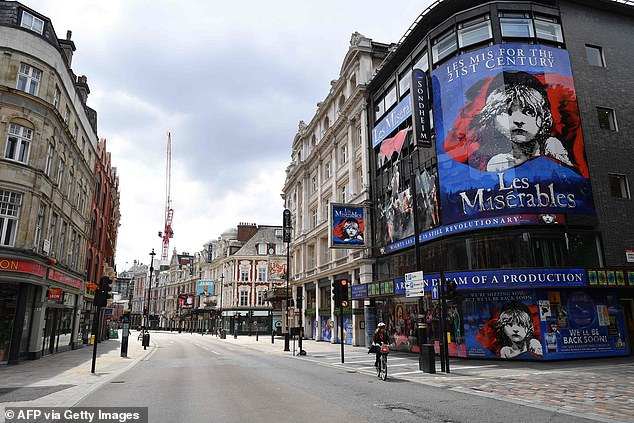 Musical giants Les Miserables, Mary Poppins and Hamilton will not return to the West End this year

‘We’re going to do a whole series of tests there to see whether or not it’s going to work.

‘I really believe that we in theatre must be positive and use everything we can to demonstrate we can open. If having done that we fail, at least we’ve tried.

‘One lives in hope but all you can do is to try and demonstrate and stay positive. I want to prove that they can reopen.’

Earlier this week, producer Sir Cameron Mackintosh criticised the government’s current position of banning theatres in the West End reopening until next year. 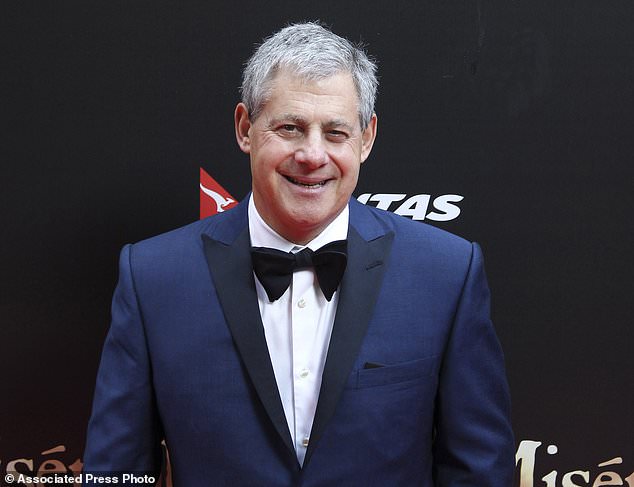 Sir Cameron Mackintosh, producer of the stage production of Les Miserable, has urged the Government to ‘take action’ regarding the ongoing coronavirus battle

Sir Cameron said: ‘Despite the Government engaging with the desperate pleas from everyone in the theatre industry, so far there has been no tangible practical support beyond offers to go into debt, which I don’t want to do.

‘Their inability to say when the impossible constraints of social distancing will be lifted makes it equally impossible for us to properly plan for whatever the new future is.

‘This has forced me to take drastic steps to ensure that I have the resources for my business to survive and enable my shows and theatres to reopen next year when we are permitted to.’

The country’s top performers, playwrights and producers have urged the Government to help save the arts sector.

Phoebe Waller-Bridge, Sir Tom Stoppard, Juliet Stevenson and James McAvoy are among the 100 names backing a letter to Boris Johnson and Rishi Sunak which calls for Government investment.

Published on Wednesday, the letter warns that UK theatre is on the ‘brink of ruin’ and has been ‘brought to its knees’ by the coronavirus pandemic.

The letter is also addressed to Culture Secretary Oliver Dowden who said he has spoken to Lord Lloyd-Webber about the issues.

Mr Dowden said it would be ‘exceptionally difficult’ for theatres to reopen because of social distancing rules.

But he added that the Government will work with industry experts to develop a ‘roadmap’ to ‘permit live performances’.

It comes as a report from Oxford Economics predicted that the virus would lead to a ‘cultural catastrophe’ with more than 400,000 job losses and a £74billion loss in revenue across the arts industry. 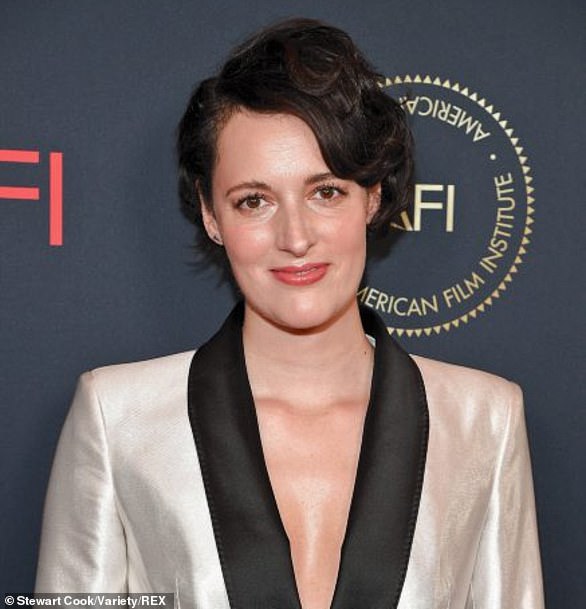