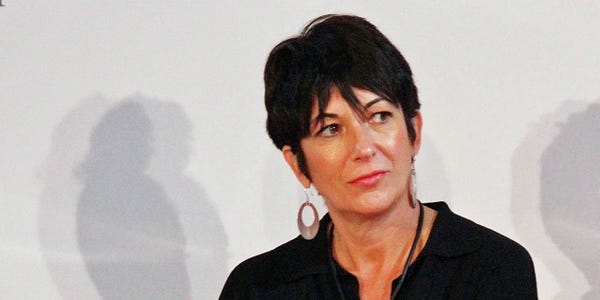 Ghislaine Maxwell, who is in jail awaiting trial on charges of sex-trafficking girls as young as 14 for her former boyfriend Jeffrey Epstein, has hired a new defense lawyer.

In court documents filed earlier this week and reviewed by Insider, attorney Bobbi Sternheim said she would appear as counsel for Maxwell in her sex-trafficking case.

In one of her most high-profile cases, Sternheim represented Osama Bin Laden associate Khaled al-Fawwaz, who in 2015 was convicted of four counts tied to 1998 bombings of two US embassies in Africa, in which 224 people were killed.

At the time, according to the New York Post, Sternheim said she was "disappointed" by the conviction.

Fasulo, Braverman and Di Maggio, LLP, where Sternheim works, describes her as a "highly respected and seasoned trial lawyer, advocating for her clients both inside and outside the courtroom."

Sternheim is also the first and only woman to be recognized with a New York Criminal Bar Association's Award for Excellence in the Profession, her firm said.

"Apart from successful verdicts and settlements, dismissals and favorable sentences, Bobbi counts among her proudest professional experiences having coached a young pro se defendant with a 9th grade education to acquittal on federal charges and a 50-year-old woman to parole following 30 years of a life sentence in state prison and multiple denials by the Parole Board," her firm said.

Fasulo, Braverman and Di Maggio, LLP, did not immediately respond to Insider's request for comment on Sternheim taking Maxwell on as a client.

Maxwell was arrested in July and is being held at Brooklyn's Metropolitan Detention Center.

She's accused of helping Epstein recruit, groom, and sexually abuse minors, as well as participating in abuse herself, and is being held without bail.