No replacement was named. Aides said Ricardel clashed with the first lady's staff over her visit to Africa last month. 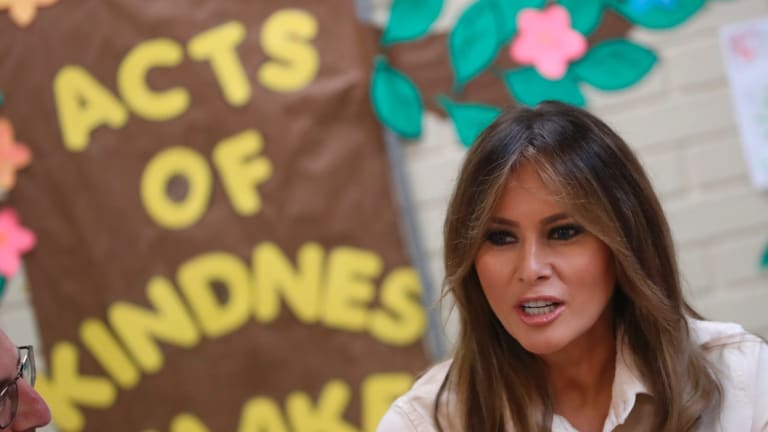 The office of first lady Melania Trump was reportedly unhappy with Mira Ricardel.Credit:AP

Ricardel threatened to withhold National Security Council resources for the trip unless she or another NSC staffer was included in the first lady's entourage, according to a person familiar with the matter.

Melania Trump and Ricardel have never met, the person added.

It is highly unusual for a first lady or her office to weigh in on personnel matters, especially the president's national security staff. 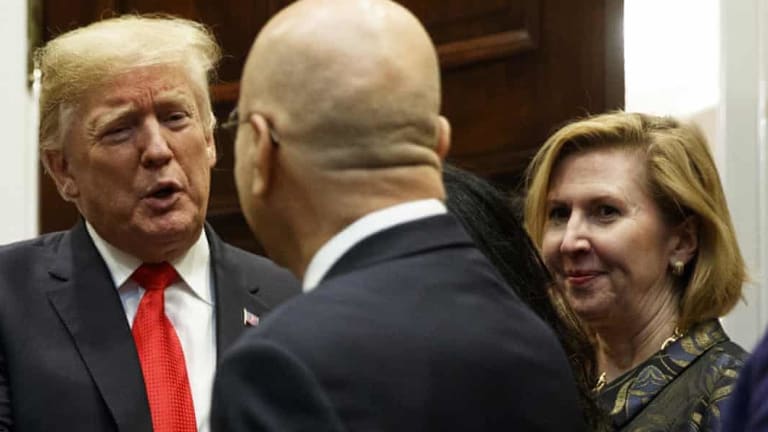 US Deputy National Security Adviser Mira Ricardel watches as Donald Trump arrives for a Diwali ceremonial lighting of the Diya in the White House on Tuesday. Credit:AP

On Tuesday, Stephanie Grisham, the first lady's spokeswoman, released a statement saying: "It is the position of the Office of the First Lady that she no longer deserves the honour of serving in this White House."

President Donald Trump's White House has set records for administration turnover. Ricardel was the third person to hold the post under Trump.

An ally of National Security Adviser John Bolton, Ricardel began her service in the Trump administration as associate director in the White House Office of Presidential Personnel, then moved to the Commerce Department last year.

Bolton brought her into the West Wing shortly after taking the job in April. He is travelling in Asia this week alongside Vice-President Mike Pence.

While Bolton likes her, according to Trump administration officials, Ricardel is widely disliked among other White House staff.

She's regarded as inflexible and obsessed with process, which some officials complain has complicated co-ordination between the NSC and cabinet agencies.

Ricardel's ouster comes as Trump considers a range of changes to his administration.

He said on Wednesday in an interview with the Daily Caller that he'll soon "be making a decision" on Homeland Security Secretary Kirstjen Nielsen, who has reportedly fallen out of favour with him over what he's described as an illegal immigration "crisis" at the US border with Mexico.

Bolton had fought behind the scenes to keep Ricardel from being forced out but ultimately lost the battle, two officials said.