Friend of British woman ‘gang-raped’ in Faliraki fled in tears ‘after one of the alleged rapists tried to kiss her’, leaving her pal alone with them, hotel staff reveal

The friend of a British woman who claims to have been gang-raped at a Greek hotel fled in tears minutes before the alleged attack took place, staff have revealed.

Two British women arrived at Hotel Mon Repos in Faliraki, on the holiday island of Rhodes, shortly after 3am Sunday with four Belgian men before going together to a room on the second floor, employees said.

But one of the women reappeared shortly afterwards – crying and saying that one of the men had tried to kiss her, according to hotel owner Efthymios Kovaios.

The woman left the hotel, Mr Kovaios added, leaving her 31-year-old friend alone with the men for around 40 minutes which is when the alleged attack took place. 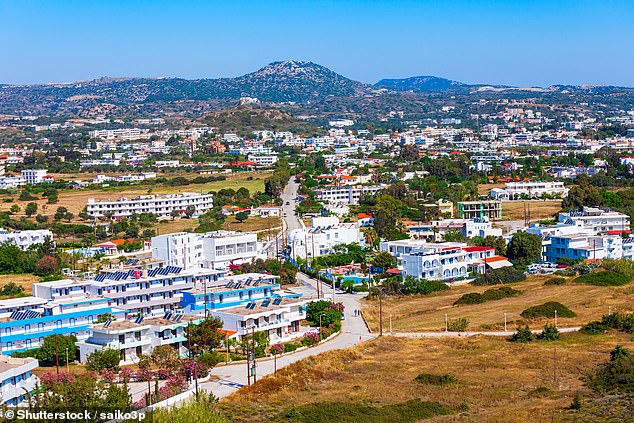 A 31-year-old British woman claims to have been gang-raped by Belgian men at a hotel in Faliraki, on the Greek holiday island of Rhodes (file image)

Mr Kovaios said a staff member had gone up to the room in question after the first woman left and knocked on the door to make sure everything was all right.

But ‘everything seemed fine’, Mr Kovaios added, so the staff member left.

The second woman then emerged and got into a cab back to her own hotel a short time later and didn’t seem in distress, Mr Kovaios said.

She has since told police that she had consensual sex with one of the men in the group on the hotel balcony and inside the room.

It was during this time that her friend left the room, she said.

But at some point after her friend left other men from the group – which she estimated to be between five and eight people, aged 30 to 35 – became involved. 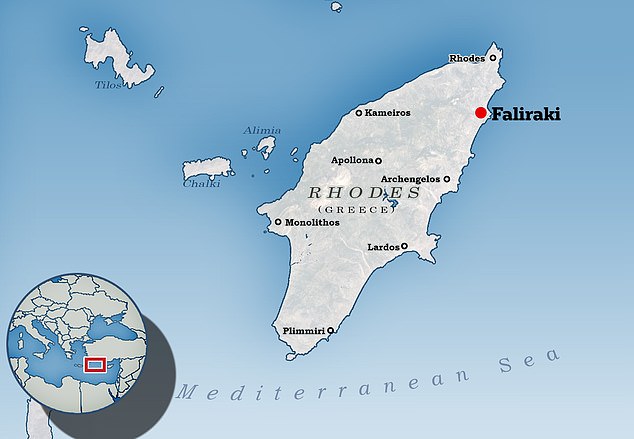 The alleged victim said the group of between five and eight Belgian men, believed to be aged between 30 and 35 years old, then took her and her friends back to their hotel room in Faliraki

She told police they forced themselves on her and gang-raped her.

The woman told police she fled the hotel and took a taxi back to the hotel where she was staying.

She reported the alleged gang-rape to police on Monday morning at 7am local time.

Police launched an investigation and have since arrested four Belgian suspects, who have not been named.

The British woman has identified the four men as her alleged rapists.

Investigators have taken DNA samples from the four men.

Mr Kovaios said he has also given CCTV footage from the hotel to investigators, which he says shows the woman kissing one of her alleged attackers.

‘It all was very normal and they both looked happy. They kissed passionately, she got in a cab and went home,’ he claimed.