Susanna Reid and Ben Shephard spoke with their Good Morning Britain guests about Queen Elizabeth II’s move to rent out some of her palaces to help pay for her energy bills. Host Susanna even questioned why the royal was using AirBnB, instead of a British website which would help the British economy.

They went on to point out it could cost up £300 per night to stay at one of the Monarch’s homes.

However, the segment sparked a backlash with viewers, with many questioning why the Queen couldn’t house the homeless or refugees instead.

Marian tweeted: “This is absolutely repulsive. God the Queenie owns far too much – the country has been exploited by Royalty.” (sic)

Jules said: “It’s not right is it, empty properties and families desperate for housing.” 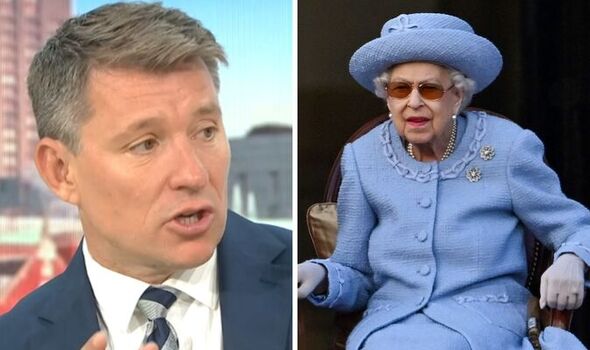 While user @UnInterlocutor wrote: “Country falling apart…#GMB: “Should the queen AirBnB the palaces?”

Dirge K went on to suggest: “Why doesn’t the queen offer up some of her properties to house refugees instead of making profit out of Airbnb.”

“Help the queen pay her energy bills! Are you taking the Michelle?” Lucas quizzed. (sic)

Andrew M raged: “Absolutely appalling. What next, bouncy castles and crazy golf courses? Is there no shred of dignity anymore!!” (sic)

Paulie went on to say: “Yeah of course they should rent out, but not on air b&b, and money goes into public housing. In fact seeing she isn’t going back to Buckingham Palace they should put homeless in there.” (sic)