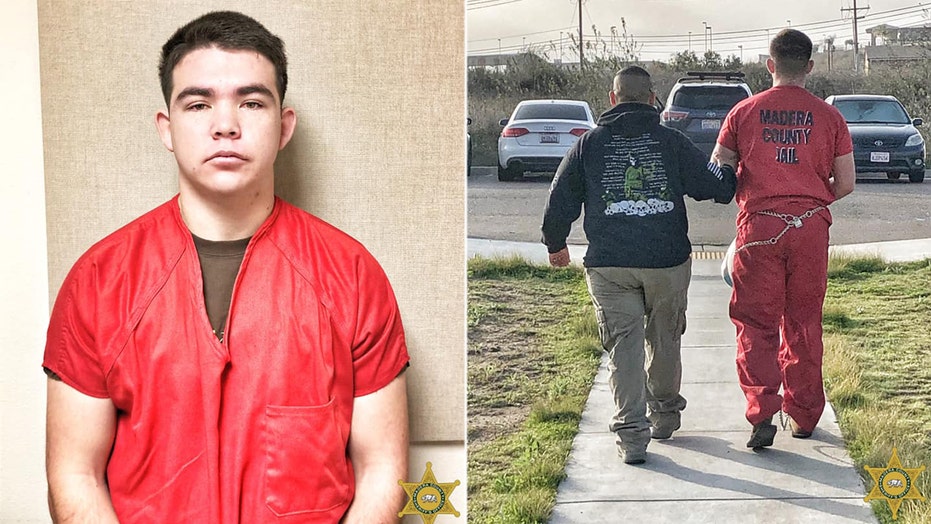 A California man who served in the Marines has been charged with murder in the October slaying of a 16-year-old girl he met through social media.

Codi Slayton, 19, was arrested Thursday in the killing of Josephine Jimenez, whose body was found in a field in Madera County 10 days after she was reported missing by her parents, authorities said.

Investigators said the victim had conversations with Slayton before she disappeared, according to news reports.

"This seems to be something more along the line of online predator, so my guess is somehow he had a method to contact her — as most predators do – struck up some kind of conversation and then the resulting crime occurred at some point after that,” Madera County Sheriff Jay Varney told reporters Thursday, according to KFSN-TV. 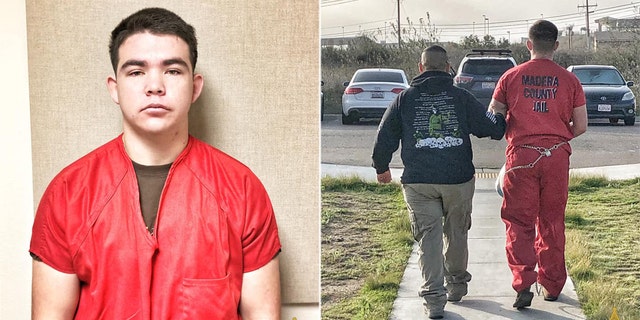 Former Marine Codi Slayton, 19, had been charged with murder in the October death of a 16-year-old girl, Josephine Jiminez, whom he met online.
(Madera County Sheriff’s Office )

Navy investigators took Slayton into custody in December in an unrelated matter and then contacted Madera County authorities about the Jimenez murder, according to reports.

Slayton is from Madera County, according to reports.

Varney’s office said in a news release that Slayton had used social media to contact other young girls in California and “possibly other regions of the United States.”

Jimenez's mother said in a statement that the family was looking forward "to justice for Josephine," Fox 26 Fresno reported.