She’s been wowing audiences with her sensational twirls and moves during the Strictly Come Dancing tour.

And Shirley Ballas managed to sneak some time away as she packed on the PDA with her toyboy beau Daniel Taylor, 47, on Thursday night.

The professional dancer, 59, could not stop smiling as she passionately kissed her boyfriend after enjoying dinner together at San Carlo restaurant in Birmingham. 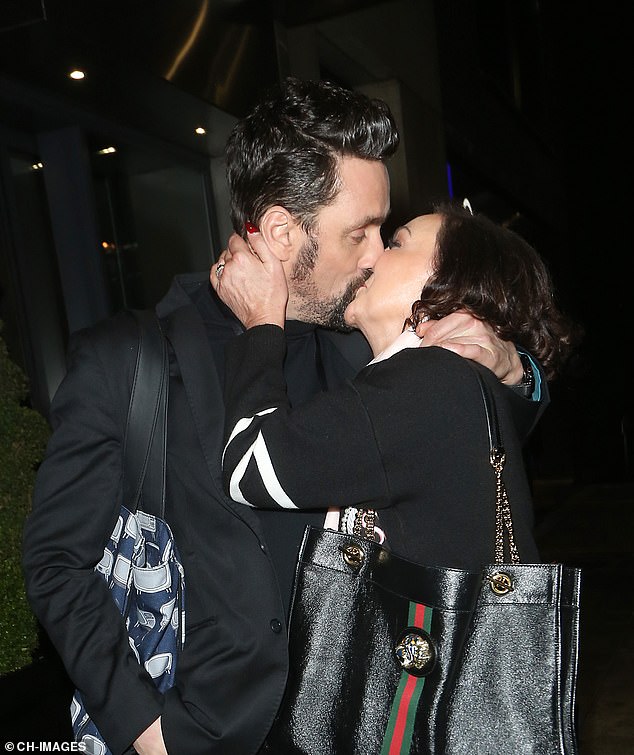 Loved up: Shirley Ballas, 59, packed on the PDA as she passionately kissed her beau Daniel Taylor, 47, after dinner together at San Carlo restaurant in Birmingham on Thursday

Shirley cut a fashionable figure during the date night, donning smart black trousers and a black jacket with white stripes on the sleeves.

She carried a large handbag with a green and red stripe down the front and tied a pink scarf around her neck during the outing.

The dancing pro added a full face of makeup, including a touch of red lipstick and slick of pink blusher to accentuate her pretty features. 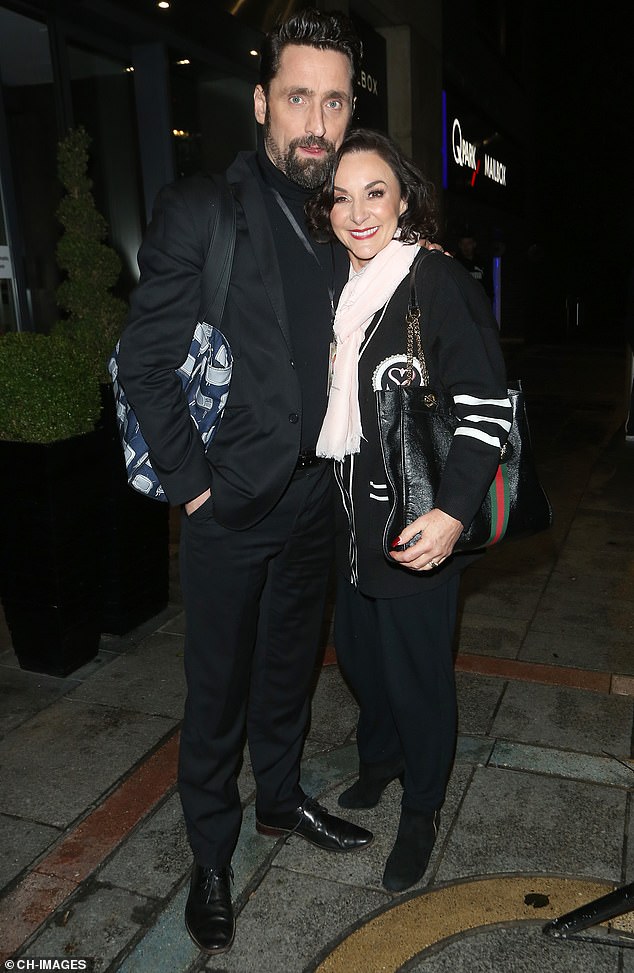 Happy: The couple could not stop smiling as they embraced and posed for a few snaps

Daniel looked dapper in a smart coat and shining black shoes and also toted a large carried bag as he wrapped an arm around his girlfriend.

He also showed support for Shirley’s current work by sporting a VIP lanyard for the Strictly Come Dancing tour.

The couple are in Birmingham until Sunday for the live shows, with the tour then travelling to Aberdeen for two nights. 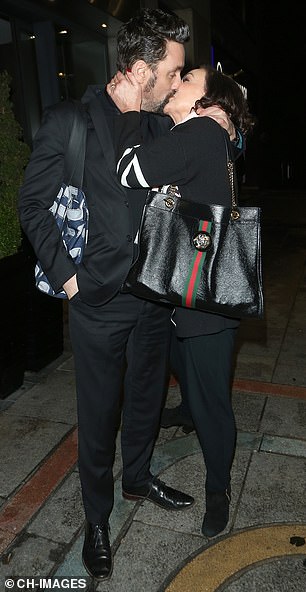 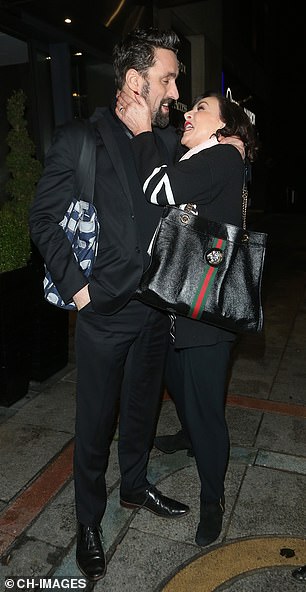 Pucker up: Shirley, who is currently performing in the Strictly Come Dancing tour, passionately kissed her beau (left) before making him laugh (right) after their meal Passionate: Shirley cut a fashionable figure during the date night in smart black trousers and a black jacket with white stripes on the sleeves

On Thursday Shirley wowed audiences and proved she’s still got the moves when she was span around by two dancers during a sensational routine.

It comes after Shirley revealed on January 6 that she and Daniel have discussed adopting a child together.

The ballroom dancing champion told the Loose Women panel she wouldn’t rule out expanding her family with her hunky beau, and she thinks it’s ‘important’ to explore the option of bringing a child into her home. 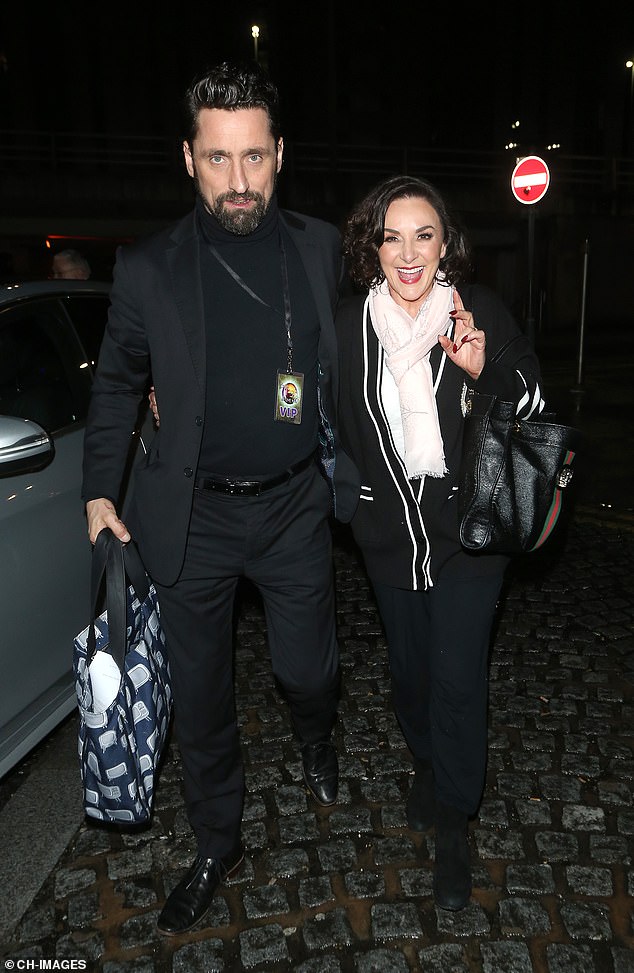 Heading home: Daniel sported a Strictly tour VIP lanyard around his neck as they stepped out

Shirley also praised her boyfriend for supporting her when she decided to have her breast implants removed last year, having learned they increased her chances of contracting cancer.

Shirley told the Loose Women she thinks it’s ‘important’ to think about the prospect of adopting a child, but she and Daniel have made any official plans. 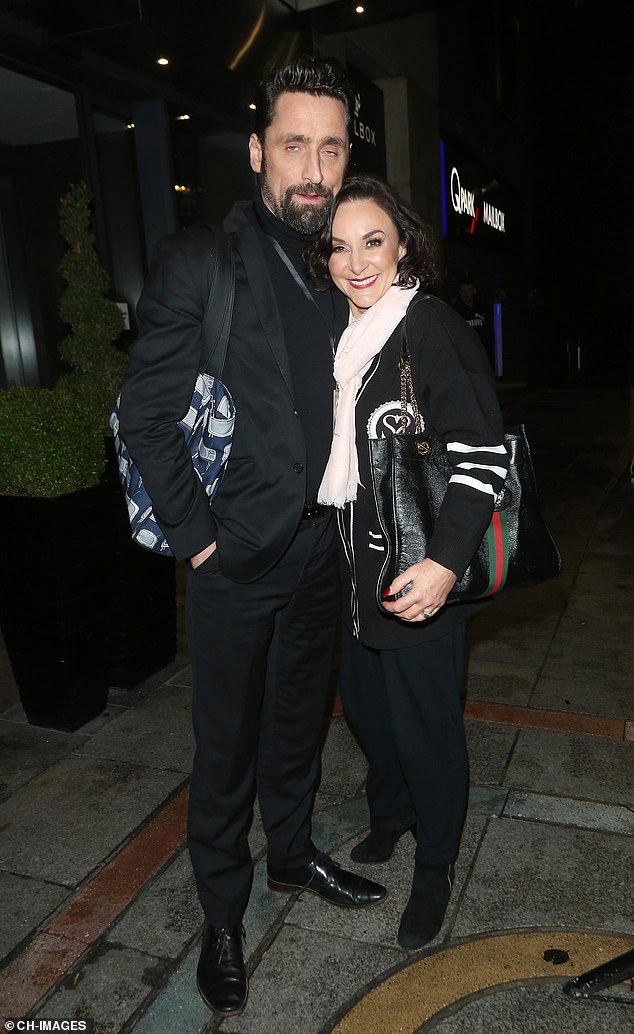 Having fun: The couple are in Birmingham until Sunday for the Strictly tour live shows and will then travel to Aberdeen for two nights of performances

The Strictly head judge first went public with her relationship with Daniel in March, after the couple met doing panto in November 2018.

Shirley also revealed that Daniel fully supported her decision to have her breast implants removed to significantly reduce her chances of having breast cancer.

She said: ‘He’s been a massive support. I couldn’t have done this journey without him.

‘It’s quite a tough decision to make and it took me a few years to do it. It’s definitely something that’s running through the family. 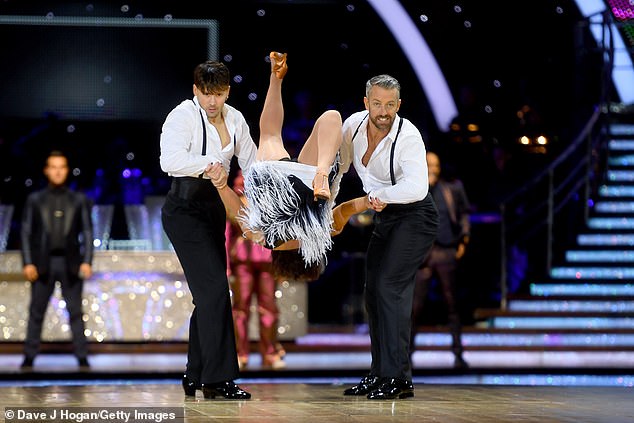 Wow! Shirley showed off her moves as she was twirled around by dancers during the opening night of the tour on Thursday – just three months after she had her breast implants removed

‘This is the first run into winter that I haven’t got sick. I made a decision that I would take them out. They had separated, they were uncomfortable, they felt heavy.’

When asked if going back to her natural chest size has affected her body confidence in any way, Shirley said that while she’s always struggled with insecurities about her curves, she feels happier than ever.

She said: ‘Well I think you can’t always go by what you see. I have struggled with body issues all my life. Since I can remember. I have a curvy figure. I’m not stick thin.

‘What I’m learning now is to love yourself and how you are and how you’re made.’ 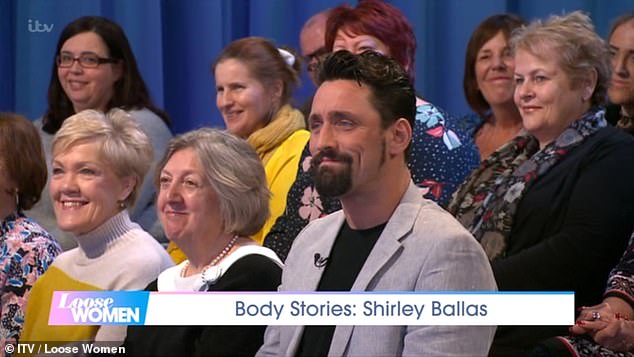 Supportive: Daniel proudly watched his girlfriend from the audience as she gushed about him for being such a support during an appearance on Loose Women at the start of January