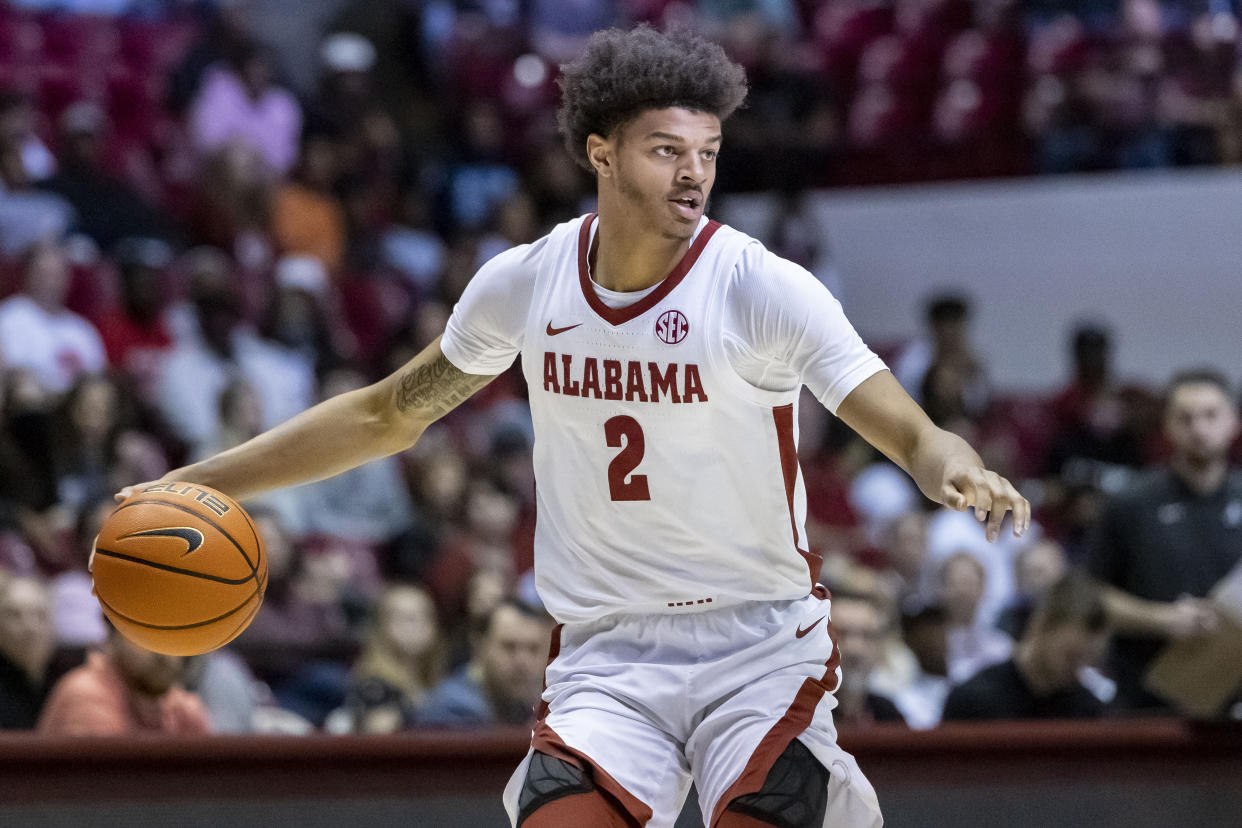 Miles, 21, was one of two suspects reportedly charged in the shooting death. Video of Miles leaving the Tuscaloosa County Jail emerged on Twitter on Sunday.

Shortly after that footage was released, Miles' player page on Alabama's website was not available.

The University of Alabama put out a statement saying it was aware of "the recent charge" against Miles. Miles was removed from campus and "is no longer a member of the Alabama men's basketball team."

The University of Alabama just sent the following statement on the arrest of basketball player Darius Miles. pic.twitter.com/v3NHhaM36e

The arrest comes hours after Alabama defeated LSU 106-66 on Saturday. Prior to the contest, Miles was ruled out for the season due to an ankle injury. He sat on the bench during Saturday's game and celebrated the win with teammates at the stadium.

A 23-year-old woman was shot and killed while in a vehicle around 1:45 a.m. Sunday, Tuscaloosa Violent Crimes Unit Capt. Jack Kennedy told al.com. After the woman was shot, the driver of the vehicle located a University of Alabama police officer.

The driver said he returned gunfire in self defense and may have hit a suspect. After speaking with witnesses and reviewing video footage, police identified and arrested two suspects, Kennedy told al.com. One of those suspects sustained a non-life threatening injury after being struck by gunfire.

Kennedy said the shooting appeared to have occurred after the victim and suspects engaged in a "minor argument."