Kim Kardashian shared an adorable family update on her Instagram page on Saturday night, as her eldest son Saint hit a childhood milestone.

The mother of four, 42, posted a picture of an adorable letter addressed to the tooth fairy written by her son, seven, after he lost his first tooth.

Saint sweetly asked if he could please have credits for Roblox instead of money, while instructing the ‘fairy’ to ‘check the bag’ where he had left his tooth. 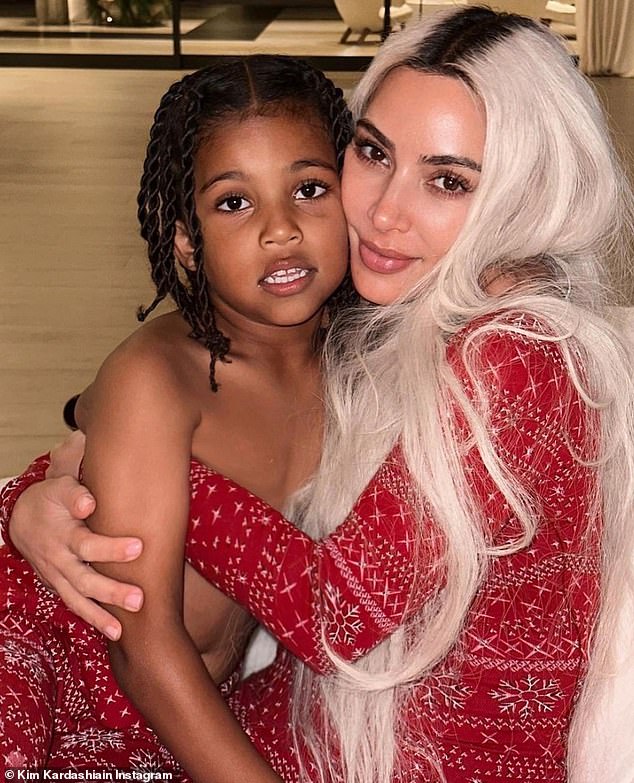 Roblox is an app that allows users to play a wide variety of games, create games, and chat with others online.

The Skims founder then shared a snapshot of her reply as the fairy to her son, which was accompanied by the requested Roblox voucher and a two dollar bill. 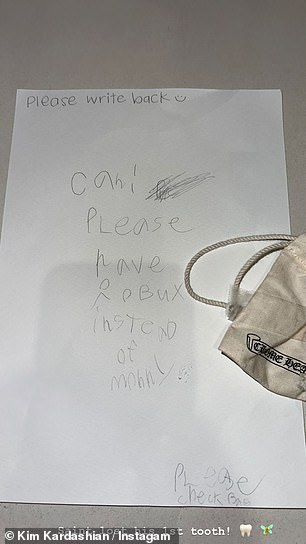 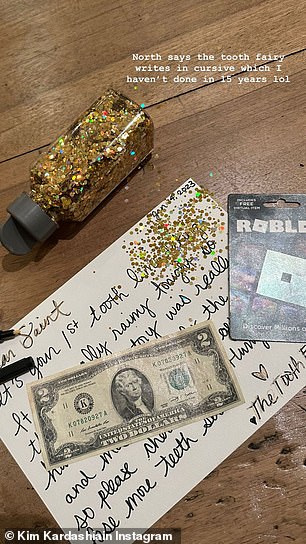 Dear tooth fairy: The mother of four, 42, posted a picture of an adorable letter addressed to the tooth fairy written by her son, seven, after he lost his first tooth

The note was written in cursive and covered in gold glitter, after she was told by her daughter North, nine, that that is how the tooth fairy writes.

The Kardashians shared later a shared a clip of her son’s room, which was covered in gold sparkles and glitter, writing: ‘The tooth fairy was here.’ 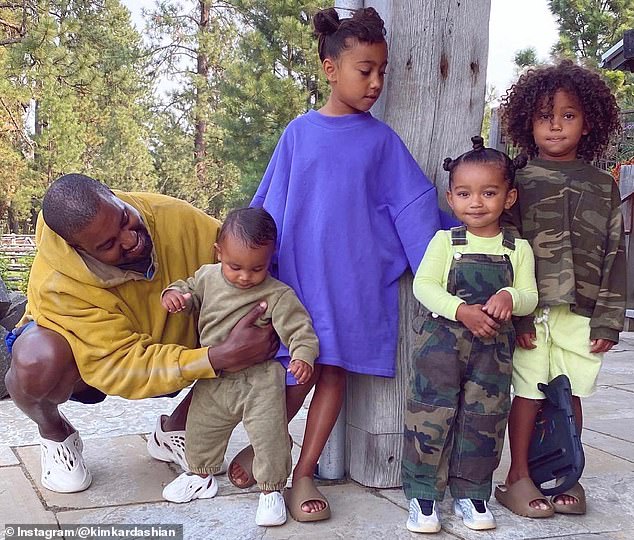 The sweet post comes after it was revealed that Kanye has ‘married’ Yeezy architect Bianca Censori two months after his divorce from Kim was finalised.

The rapper, 45, is said to have held a private ceremony with Bianca and the pair have been spotted wearing wedding rings.

Kanye was first pictured wearing his band last week, with sources saying the ring symbolises his commitment to her following the ceremony.

Despite the wedding ceremony, the union isn’t legal because the pair do not appear to have filed a marriage certificate, DailyMail.com reports. 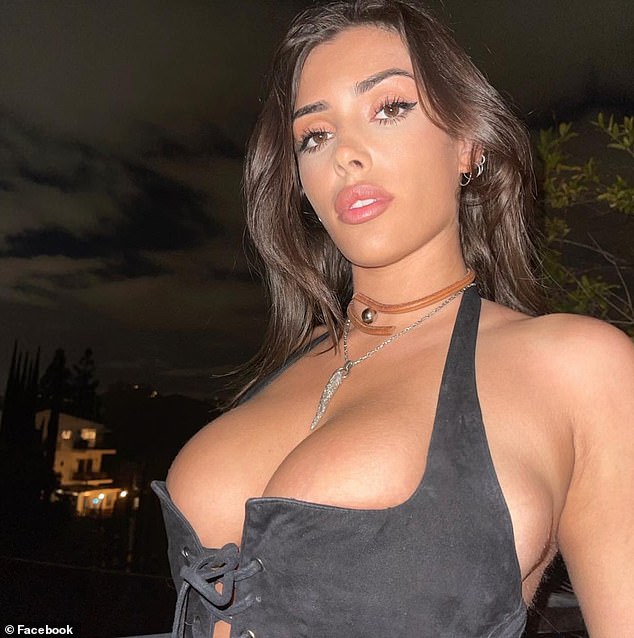 Twinning with Kim: Sources exclusively told DailyMail.com Thursday that Kanye, 45, held a ‘wedding’ with Bianca Censori (pictured) , 27, the head of architecture at his Yeezy brand

She is listed as Head of Architecture and secured the position after obtaining a Master’s in building design at Melbourne University in Australia.

Last month, Kanye paid tribute to his ‘wife’ by releasing the track, Censori Overload, a play on her last name. 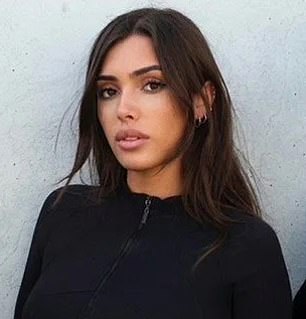 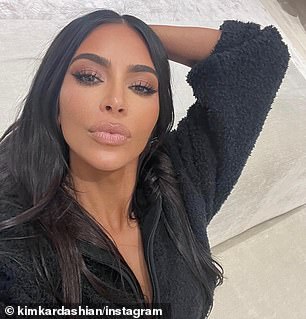 Seeing double: Bianca (left) has recently dyed her hair blonde but as a brunette she was a dead ringer for Kanye’s ex-wife Kim Kardashian (right) 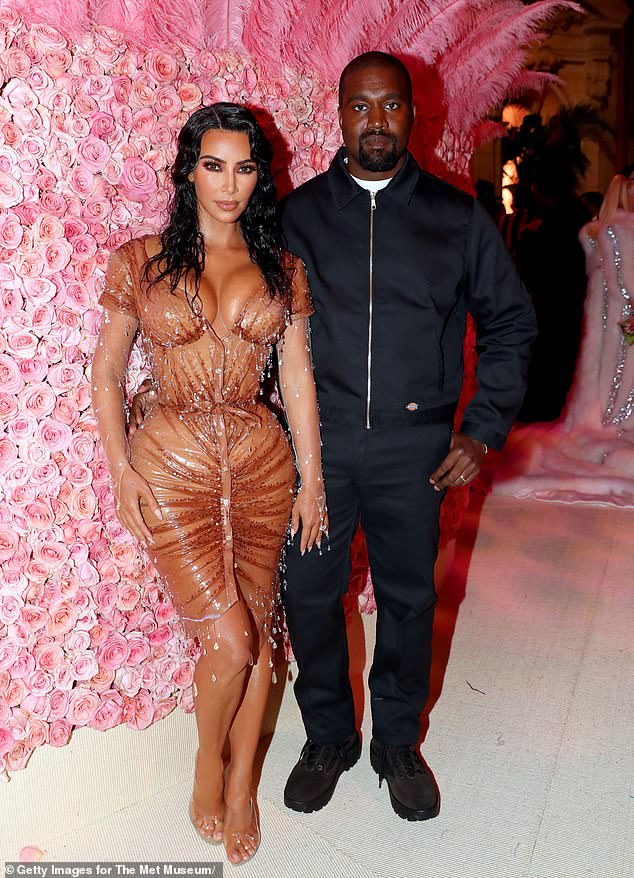 Marriage: Kanye settled his divorce with Kim in November last year after the reality star filed for divorce in February 2021 following nearly seven years of marriage (pictured in 2019)

In the lyrics he revealed that he stayed celibate before tying the knot, singing: ‘And The Bible said, I can’t have any more sex ’til marriage.’ 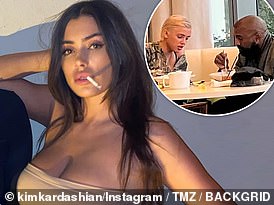 Take a look at everything we know so far about Kanye’s new wife – who bears a striking resemblance to his ex-wife Kim Kardashian.

The song appears to reference his split from Kim, opening with the lines: ‘Waking up to “I can’t do this anymore” text’, adding ‘I know it’s ’cause the headlines / Why she wanna leave.’

On Monday, the rapper was seen chatting with Bianca and enjoying a bite to eat at the Waldorf Astoria in Beverly Hills.

Kanye, who legally changed his name to Ye, cut a casual figure in denim jeans and a green bomber jacket.

He was seen having a bite to eat and chatting to his new ‘wife’.

Bianca, who recently dyed her brunette locks platinum blonde, looked chic in a patterned green shirt with her bob slicked back.

During her time as a student, Bianca set up jewellery brand Nylon’s.

The business began when she and a friend, Irene, started making Swarovski crytal chokers and bracelets for themselves and friends, before they realised the potential to set up a store.

After graduating, Bianca became a  design consultant for a year before working as a student architect for three years.

She then went on to complete a Master’s between 2019-2020 before moving over to Los Angeles when she got the job at Yeezy. 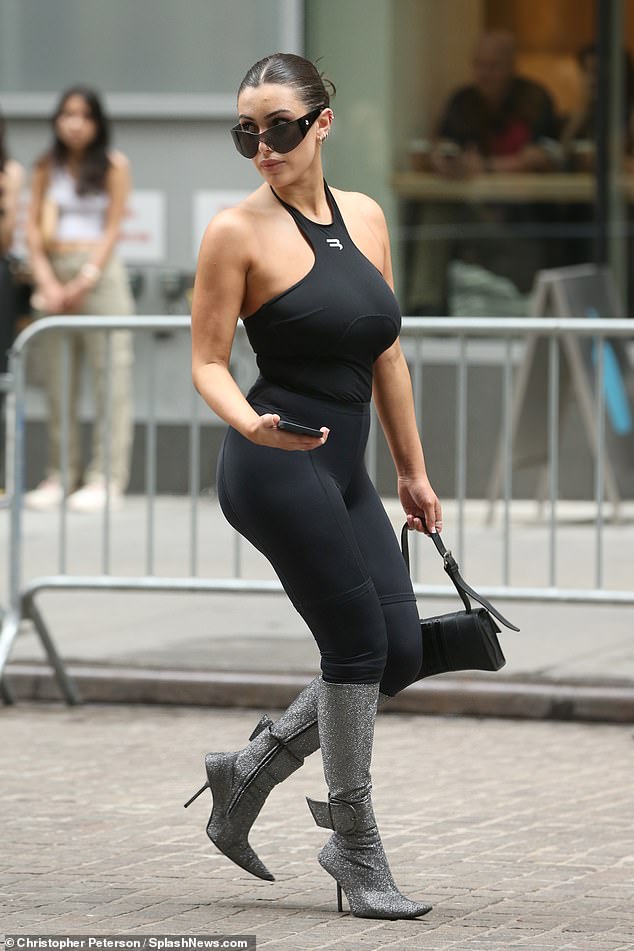 Striking: It’s not clear how long the pair have known each other, but Bianca joined Kanye’s Yeezy company in November 2020 (pictured at the Balenciaga show in in May 2022)