Former Essendon footballer Andrew Lovett has been jailed for eight months for a prolonged campaign of physical and psychological violence against his then girlfriend, which included repeated assaults, spitting at her, pouring beer over her, threats and abusive messages.

Lovett committed 14 separate acts of violence against the woman between February 2020 and December last year, including two attacks where he knocked her out: once by punching and kicking the woman when she was in the shower, and the other by choking her and pushing her over. 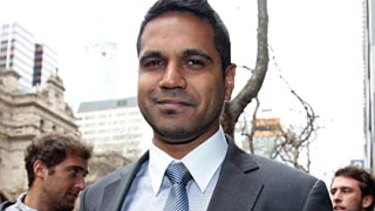 Andrew Lovett, pictured outside court in 2011, has been jailed for eight months.Credit:Angela Wylie

The woman and Lovett were in a relationship at the time, and the violence escalated to the point that on June 8 last year, he choked her and pushed her against the bath, knocking her unconscious. When she came to, she took a kitchen knife to defend herself in the fear she would be killed, and drove away as Lovett ran after her car.

In the months afterwards, Lovett sent her text messages and messages through social media, had his brother contact her, and made unwelcome visits to the woman’s home, until he was arrested in December.

Lovett, 39, who played 88 games for the Bombers from 2005 to 2009, has served 100 days in custody and must spend at least another four months in prison. On his release he must complete a one-year community correction order with conditions that he be treated for alcohol, drug, and mental health problems.

As he sat in custody and watched an online hearing in Dandenong Magistrates Court on Thursday, magistrate Jason Ong raised concerns the former footballer’s offending escalated in seriousness, and described Lovett’s conduct as violent and controlling over a protracted period. 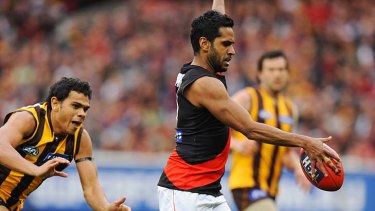 Mr Ong said the crimes took the woman to the darkest and saddest times of her life. The woman last week told the court she was haunted by the rage she saw in Lovett’s eyes, was plagued by flashbacks and anxiety, and continued to live with emotional trauma.

“This was terrifying, ongoing, oppressive physical violence,” the magistrate said on Thursday.

“It was controlling and manipulative behaviour. This was serious and sustained family violence.

“It was concerning that it was escalating over time. This family violence cannot be tolerated in our society.”