Ben Affleck appeared to be running some errands while rocking his red and gray plaid shirt and talking on the phone during an outing in his new eye-catching black Tesla.

Ben Affleck, 49, looked relaxed and stylish during a recent outing with his son Samuel, 10. The actor was spotted riding around in his brand new black Tesla car while running errands and at one point walked on a sidewalk with his youngest child. He wore a red and gray plaid button-down shirt and dark gray jeans while Samuel rocked a navy blue polo shirt and tan pants. 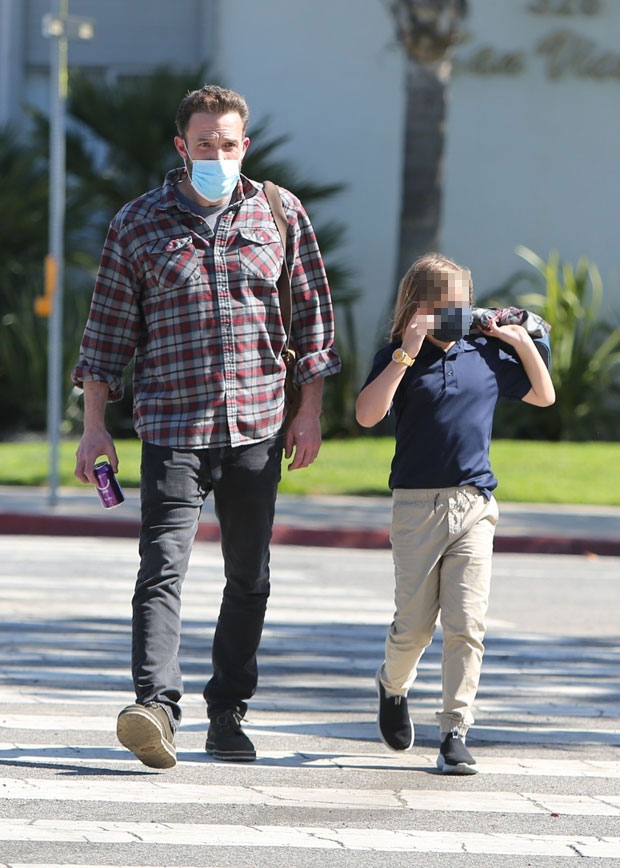 The father and son also wore face masks with their looks to keep safe. Ben’s was a light blue medical style mask while Samuel’s was black. Ben also wore black boots while his mini-me went for black slip-on athletic shoes. 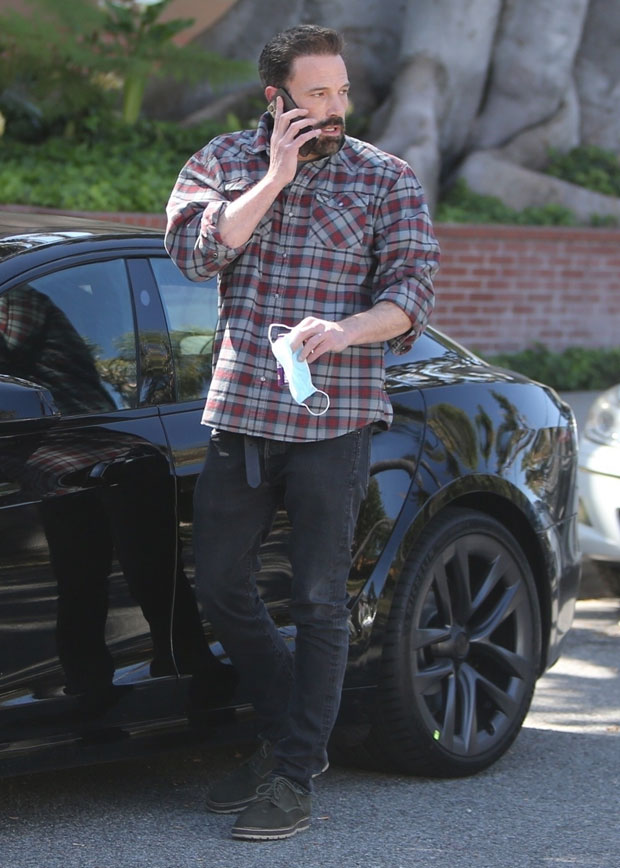 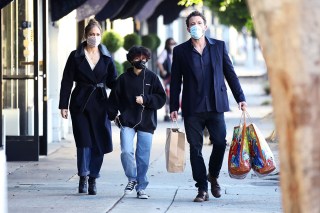 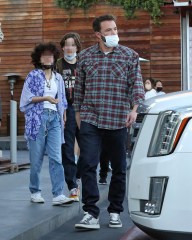 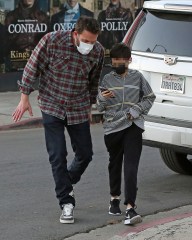 Ben and Samuel’s latest outing comes after the Good Will Hunting star was photographed holding hands with his girlfriend Jennifer Lopez while in Gran Canaria, Spain, where she’s filming The Mother. They looked like two in love tourists when they were seen walking around the Plaza de Santa Ana on an afternoon date. They also later stopped to sit on a bench and chat.

Their PDA-Filled day out happened just before a source told us that Jennifer “fully supports” her beau even when his upcoming film, Deep Water will apparently include steamy scenes with his now ex Ana de Armas.

“Jen fully supports Ben and his career and loves him more than anything but when it comes to his new movie, she is in no rush to watch it,” the source revealed EXCLUSIVELY to HollywoodLife. “It just feels a little weird to see Ben being romantic onscreen with any woman at this point.”

Jennifer and Ben rekindled their previous flame last year when they were both single for the first time in a while. Since then, they’ve been open about their love for each other in interviews and on PDA-filled appearances and often spend time with each other’s kids. In addition to Samuel, Ben shares daughters Violet, 16, and Seraphina, 13, with ex-wife Jennifer Garner, and Jennifer shares 14-year-old twins Emme and Max with ex-husband Marc Anthony.