Killer caught on CCTV: Footage shows murderer walking on street moments after he snuck into ex-mayor’s home and beat, tied up and tortured his 86-year-old wife to death

Shocking CCTV footage has revealed the moments after a gambling addict burglar snuck into a couple’s house looking for £30,000 in cash and murdered a 86-year-old woman.

He was also convicted of wounding with intent the victim’s 88-year-old husband; former district councillor Kenneth Walker, at their Derbyshire home on January 14.

The couple were found ‘bound, hog-tied, gagged and left to their fate’ in an attack ‘devoid of mercy’, the court heard. 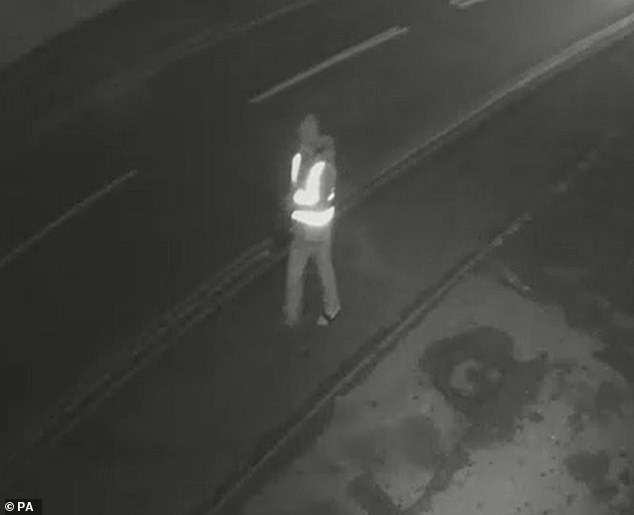 Shocking CCTV footage has revealed the moments after a gambling addict burglar snuck into a couple’s house looking for £30,000 in cash and murdered a 86-year-old woman

But now, unearthed footage has revealed moments after the gruesome crime, where Culea can be seen walking away down the street – knowing he had left his victims to die.

The CCTV of Culea also shows him having changed into a high-vis jacket as he walks through the village.

He is then seen getting into a car.

Culea said in court that he abandoned the couple after panicking when he heard a car pull up outside.

Concerned neighbours found their bodies the following morning lying in pools of blood. Mrs Walker, who suffered 25 separate injuries, was dead and Mr Walker was in a critical condition. He died three months before the trial from natural causes. 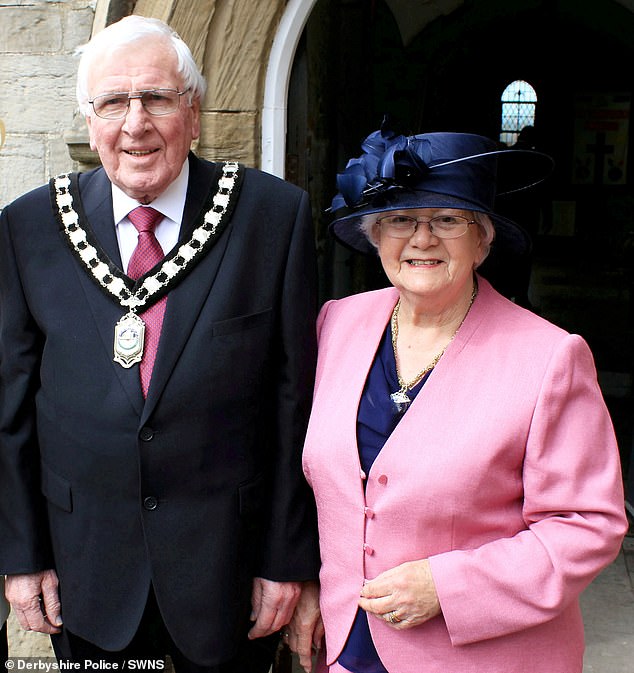 The couple, who had lived in the same home for all of their 60 years of marriage, were at the heart of their local community 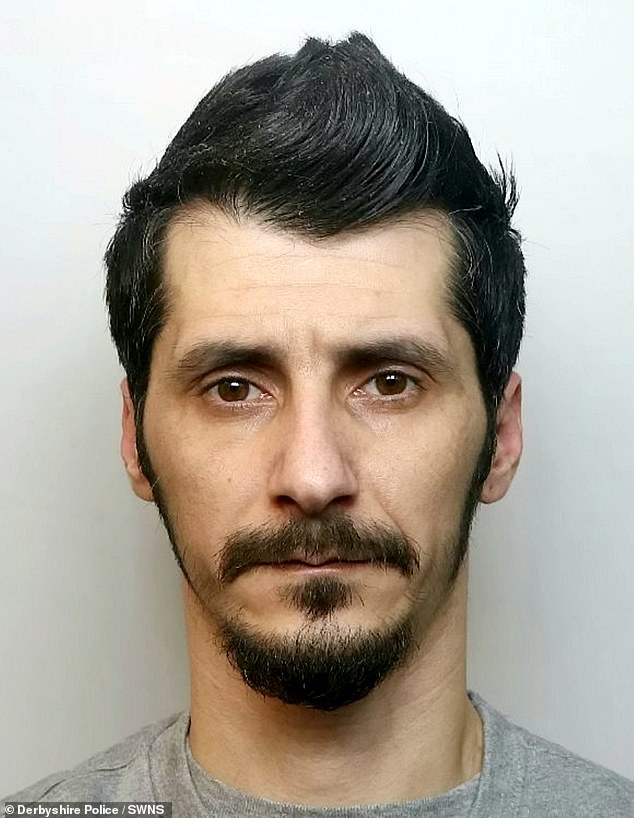 Culea, 34,  has been convicted of murdering Freda Walker at Derby Crown Court

Romanian national Culea ‘hog-tied’ Mr and Mrs Walker, binding their hands and feet, while searching the couple’s Langwith Junction home in Derbyshire for £30,000 in cash, which he had heard they had.

The cash did exist but was only discovered afterwards by police search teams, with the jury hearing evidence Mr Walker had forgotten where he had stored the money in the home.

Culea demanded to know where the money was and Mr Walker, who had hidden the cash in random places around their home and could not recall where he had put it, had to watch as Culea tortured his wife.

Mrs Walker, who also had a bag put over her head and died of a brain injury, was found dead in the kitchen by emergency services the following day after neighbours raised concerns. 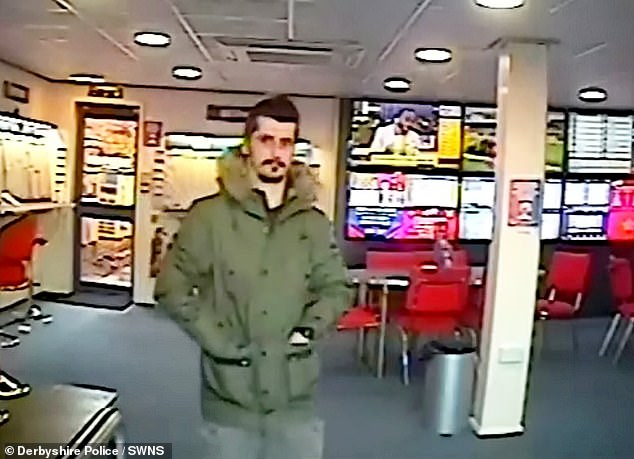 Culea was arrested at a property in Church Warsop, Nottinghamshire, five days after the incident

The court heard Mr Walker died some months later, although his death was not connected to the attack.

Culea had already admitted manslaughter of Mrs Walker and the grievous bodily harm of her husband, but prosecutors said he was guilty of fabricating ‘a nonsense’ to cover up for an attack on the couple that went ‘far beyond any justification; savage in its nature – and sustained’.

Culea, who fled with £300 from a handbag after getting ‘scared’ by sounds of a car outside, repeatedly lied about how the couple suffered the injuries. 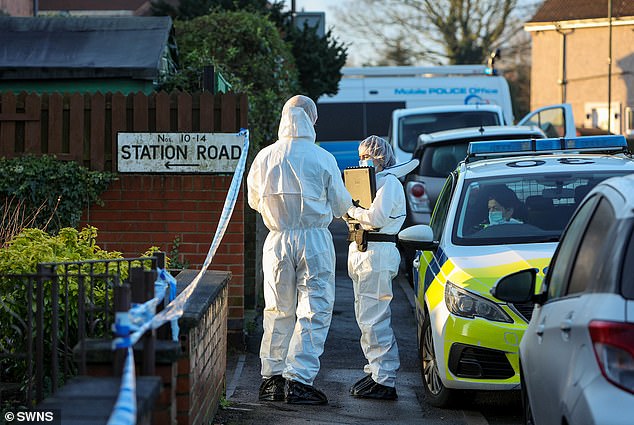 Police and forensic officers at the murder scene in Langwith Junction, Derbyshire

Jurors heard the victims suffered ‘frankly horrific’ injuries and that Mrs Walker had a reasonable prospect of survival had she not been ‘abandoned without any assistance’ and ‘with coverings to her face obstructing her airway’, according to Michael Auty KC, prosecuting.

The jury of 11 men and one woman unanimously convicted the 34-year-old after just two hours and 15 minutes, having heard his claim that he injured Mrs Walker after ‘slipping’ on a spilt drink and stepping on her chest, after she ‘fell over’ during his attack.