Fears home-working could grind to a halt as 45,000 BT workers are balloted for the phone giant’s first national strike since 1987

Britain’s army of home workers could come to a standstill as 45,000 workers from BT could be about to strike nationally for the first time in more than 30 years in a row over jobs.

Some 45,000 members of the Communications Workers Union (CWU) in BT, Openreach and EE are set to be balloted over the issue.

CWU deputy general secretary Andy Kerr says ‘the door is still open’ for discussions or the communications giant could be facing its first national industrial action since the late 1980s. 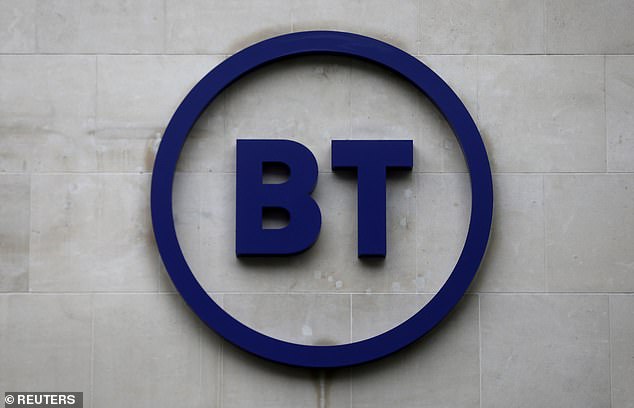 BT’s 45,000 home workers are set to be balloted over potential national strike action, the first since the 1980s

If it was to go ahead, the strike action could have a huge effect on people working from home who rely on their broadband.

Mr Kerr said: ‘This is a decision we did not want to take.

‘Last year, our members delivered a huge yes vote in a consultative ballot, but BT Group are still in denial. 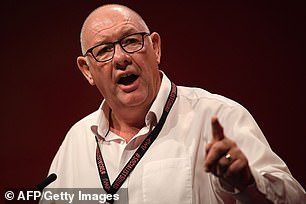 ‘My message to BT Group is that our door is still open, and we want to resolve this dispute, but this will require a huge shift in attitude from the company.

‘My message to our members is to continue supporting their union and prepare to deliver a massive ‘yes’ vote.

The ongoing dispute over compulsory redundancies and the closure of sites, has been running for over a year.

If the ballots come back yes the national strike action would be the first by BT since 1987 when about 117,000 engineers walked out over the refusal to reinstate engineers suspended during a dispute over pay and working conditions.

CWU general secretary Dave Ward added: ‘Thousands of our members across BT, Openreach and EE have been key workers during the pandemic.

‘They have kept the country connected, held together the home working revolution and enabled the wheels of the economy to keep moving – all whilst dealing with the realities of the pandemic themselves.

‘Their reward from BT Group has been the threat of compulsory redundancy or the closure of their workplace.’ 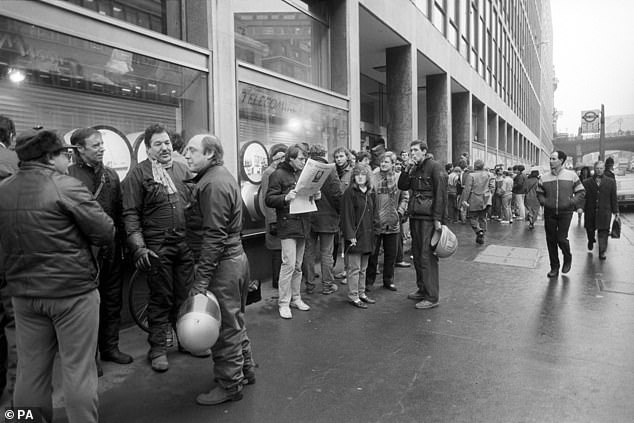 Workers are pictured outside Fleet Building in London in 1987 when 117,000 engineers went on strike 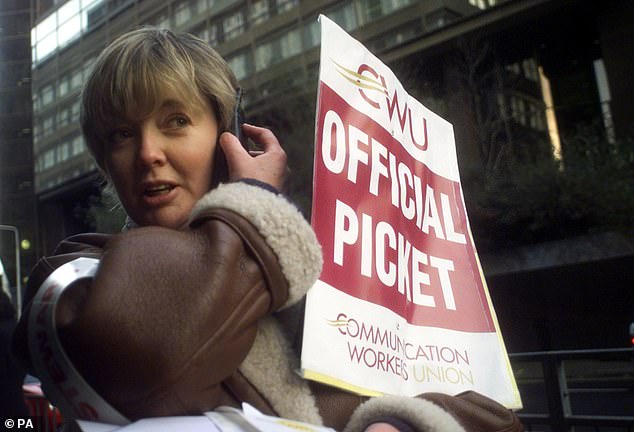 A spokesman for BT said of the threats: ‘We’re disappointed that CWU is contemplating industrial action, though the union has not started the formal industrial action process. We remain committed to discussing the concerns they have raised.

‘BT needs to go through a period of immense change and investment to modernise itself for the future.

‘Once complete, we will have a much simpler operating model with fewer people and we’ll be better able to serve our customers.

‘Such change is always difficult – that’s why we have been discussing our plans with the unions and will continue to do so.’