Father, 30, who beat his seven-week-old son to death before trying to blame the baby’s mother for the ‘car crash’ injuries including a broken skull and bleed on the brain is jailed for 12 years 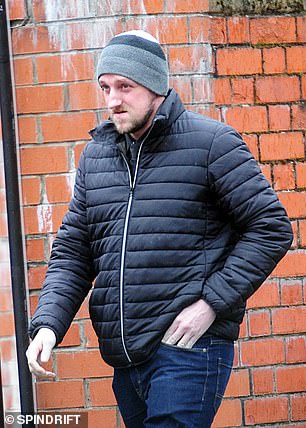 Brian Penn, 30, (pictured) has been jailed for 12 years after being convicted of killing his son at home in Ayr, South Ayrshire

A father who killed his seven-week-old son has been jailed for 12 years.

Brian Penn was convicted following a trial of culpable homicide and serious assault after injuring his son Kaleb Penn in Ayr, South Ayrshire.

The baby suffered a skull fracture, a bleed to the brain, a serious brain injury and fractured ribs and was so badly injured, he died two days later at the Royal Hospital for Children in Glasgow.

Medics described his injuries as only seen after a ‘fall from a height or road traffic incident’.

Penn, a former soldier, had lodged a defence of incrimination blaming the child’s mother for the death.

Lord Weir sentenced Penn to 12 years behind bars at the High Court in Glasgow on Wednesday, as the 30-year-old appeared by video link from prison.

Lord Weir said: ‘When Kaleb was born, he could have expected without realising it the loving parental care and nurture so important for helpless infants.’

He said that Kaleb instead received the ‘very antithesis’ of the care expected and ‘his life was instead cut short at seven weeks’.

Penn was originally charged with murder and attempted murder but was found guilty of culpable homicide and assault following his trial at the High Court in Glasgow. 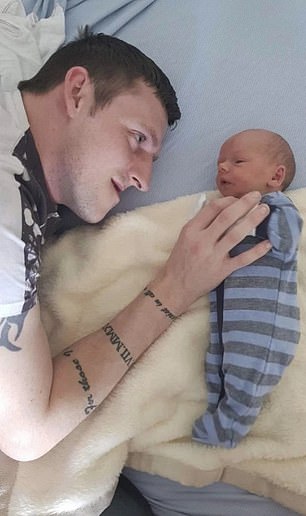 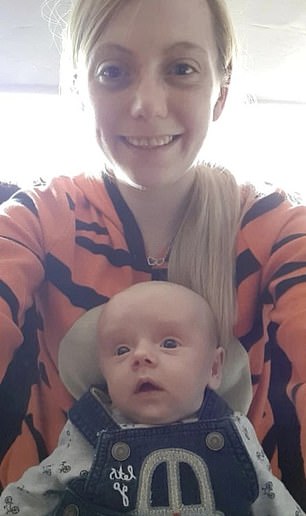 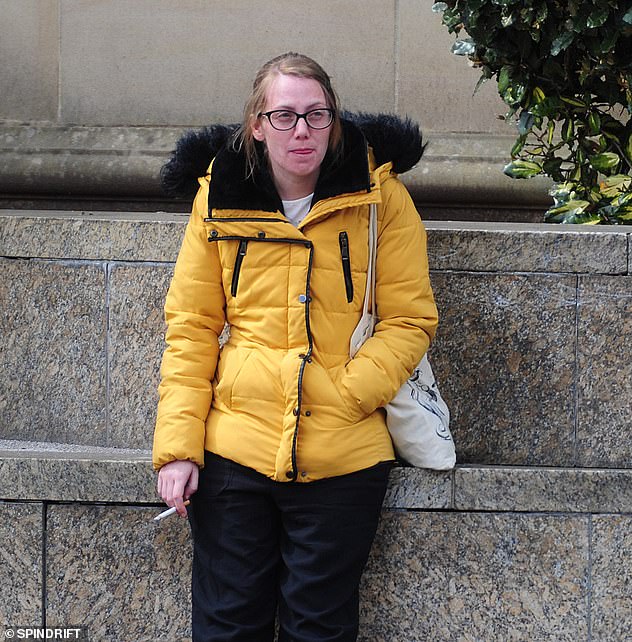 Brian Penn, who has been jailed for 12 years,  did not give evidence during the trial but lodged an incrimination claiming the baby’s mother Kelly-Ann Cope, 31, (pictured) was responsible

Lord Weir said: ‘The nature of these offences and the circumstances of their infliction against a vulnerable baby now lost forever to his wider family fully justify a significant sentence.’

Penn did not give evidence during the trial but did lodge an incrimination claiming the baby’s mother Kelly-Ann Cope, 31, was responsible.

Miss Cope was woken up by Penn who claimed Kaleb ‘wasn’t breathing’ on November 1, 2017.

She said the baby’s eyes were ‘rolling to the back of his head’ before he was rushed to hospital in an ambulance. The infant died two days later.

But a doctor who examined Caleb after his death told the court a level of brain injury – which medics fear was caused when the baby was dropped to the ground – ‘would have led Kaleb to be unresponsive’.

Brian McConnachie QC, representing Penn, said he is a first offender who has so far lived his life as a useful member of society, has served in the armed forces, and has a ‘good work ethic and was trying to support his family’.

He said the reasons for what happened will never be known.

He told the court: ‘There seems little doubt that the oddities of this particular case are that there was a significant body of evidence which supported the fact that Mr Penn and his partner were very pleased by the fact they were having a child and everyone who saw them acting together or separately with the child thought they seemed to portray a picture of family happiness, and quite how matters turned out as they did is something we will never understand the rationale for. 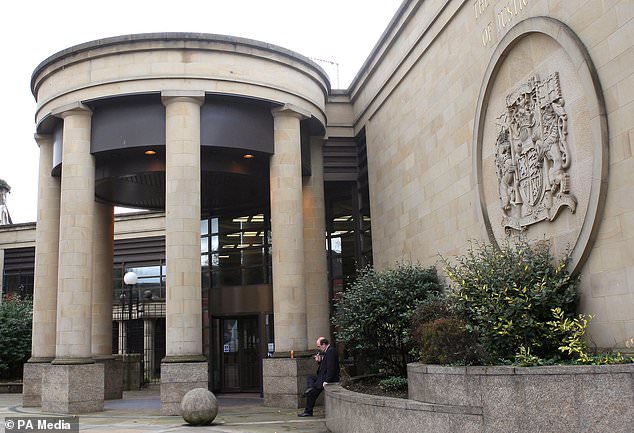 ‘The evidence suggested that there were very limited times when Mr Penn was in charge of Kaleb but as Mr Penn fully realises, the ladies and gentlemen of the jury returned the verdict they did and he will be sentenced on that basis.’

Speaking after his conviction, Detective Chief Inspector Alan McAlpine, of the Major Investigation Team (MIT), said: ‘My thoughts remain with the family and friends of Kaleb after this tragic incident.

‘Police Scotland welcomes this conviction and I hope this news gives Kaleb’s family some closure on what has been such a difficult time.

‘Brian Penn took the life of his son and will now have to face the consequences of his actions for the rest of his life.

‘I would like to thank our dedicated officers and partner agencies who worked tirelessly on this investigation.

‘If anyone has any concerns for the welfare or safety of any child, I would ask that you contact Police Scotland by calling 101. In an emergency, always dial 999.’

Penn is due to be sentenced in June.