‘Caring and amazing’ father-of-one, 31, killed himself after pressures of third Covid lockdown turned his life into ‘Groundhog Day’

A father of one killed himself after his mental health deteriorated and the pressures of a third lockdown turned his life into ‘Groundhog Day’.

Ross McCarthy, 31, originally from Sheffield, was described as a ‘kind, caring and amazing’ man after he died last month.

His sister Laura McCarthy, 29, called him ‘the life and soul of the party’ who would do ‘anything for anyone’.

Mr McCarthy found and paid for his own counsellor but the third national lockdown overwhelmed him.

His fiancée Charlotte, 26, with whom he had a three-year-old son called Charlie, said: ‘The first lockdown was easy because you could go in the back garden.

‘It was fantastic because you could get out and go for walks but this one he worked throughout on sites in this cold weather and us not being able to do anything had a massive impact.

‘I knew he struggled but I never did comprehend just how much. Mental health has been a silent killer of this Covid-19 pandemic. He struggled and he mentioned that it felt like Groundhog Day.’ 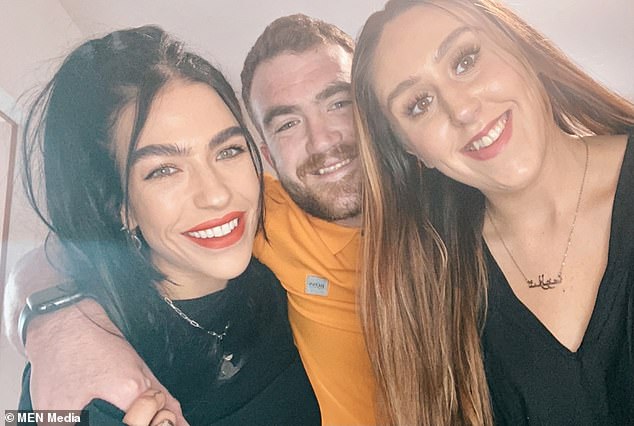 Ross McCarthy (pictured with his sister Laura, left, and fiancee Charlotte, right), 31, originally from Sheffield, was described as a ‘kind, caring and amazing’ man after he died last month

The couple, who lived in Stockton-on-Tees, had been due to get married last Christmas but the pandemic forced them to wait.

She described her fiancé as an ‘excitable puppy’ and ‘kind soul’ who never let his mental health problems turn him into a nasty person.

Charlotte said: ‘He wanted to help as many people as he could – from protecting his family and friends, to staying back to make sure no one was left behind on a lads’ holidays and to inviting friends in need to stay with us. 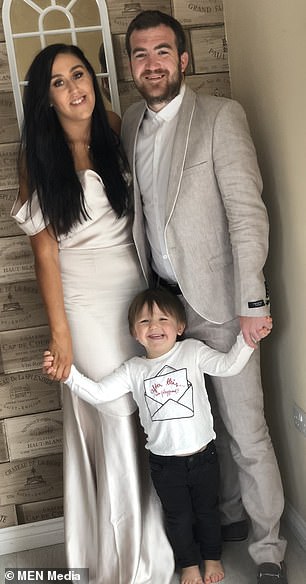 ‘He had anyone’s back when trouble was around and he could never see someone struggle.

‘But through all this Ross struggled himself, more than any one of us could possibly comprehend.

‘The one blinding difference with Ross was that unlike some, who let pain make them bitter and nasty, he never allowed it to. Throughout all his battles he was a kind caring soul.’

She described him as her ‘best friend, the love of my life and soulmate’ and said he had no greater love than his love for his son Charlie.

She said: ‘No words will ever be enough to describe his love for him. He would have moved mountains for him and he was an amazing dad.

‘They brought each other happiness in a way I will struggle to match, however hard I try.’

Charlotte and Charlie have been supported in their grief by Mr McCarthy’s family and in a poignant touch she is planning to change her name by deed poll to McCarthy.

Mr McCarthy’s father Mike, 63, said his son, who worked as an instrumentation engineer, left a note after taking his own life.

In it, he called on his family to continue fighting for better mental health provision after his decade long struggle to get the help he needed.

Mike said: ‘Ross left a note and said ‘I could live through Charlie and that he is me without the faults’.

‘We don’t think he had any [faults] but he thought he did and that was part of this illness and the voice that let him think that.

‘It’s not about blame and we are not going to try and go down that route but we just want to turn this into something positive.

‘He mentioned it in his letter that he wanted us to continue the fight for mental health.

‘There are a lot of people out there that you can call for help but it’s the physical and mental support beyond that.

‘You can’t put someone on a six-month waiting list if they are terminally ill and could die very soon. 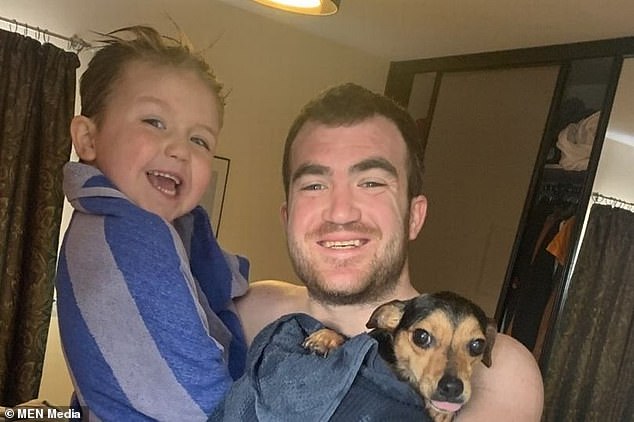 Mr McCarthy’s (pictured with his son Charlie and dog Bertie) father Mike, 63, said his son, who worked as an instrumentation engineer, left a note after taking his own life

‘Ross didn’t get the kind of mental health support he should have got and we are keen to campaign on his behalf so other people don’t end up in the situation he did where he was fighting to get help and having to pay for his own counsellor.

‘For me, I refer to it as cancer of the mind and had it been a physical cancer, it would have been treated more urgently than his mental health.’

The family – Charlotte, Laura, Mike, mother Glenys, 62, and brother Tom – are pledging to devote their lives to raising awareness of Mr McCarthy’s story.

Suicide is the single biggest killer of men under the age of 45 in the UK, and Mike says one of his goals is to find out the reason behind this.

A fundraising page set up in memory of Mr McCarthy to raise money for the Campaign Against Living Miserably has so far raised £10,000.

Laura said: ‘Ross’ note said he wanted us to fight for mental health and that is my mission in life.

Glenys added: ‘Charlotte and Charlie will always be our family. We will carry on Ross’ fight.

‘He fought so hard to keep going and he gave so much joy to other people but just didn’t have enough for himself.’