Around 11 people die of hunger every minute, a shocking new report from Oxfam has found.

The humanitarian group said that 155million people around the world are now living in crisis levels of food insecurity or worse – some 20million more than last year.

Around two thirds of them face hunger because their country is in military conflict. 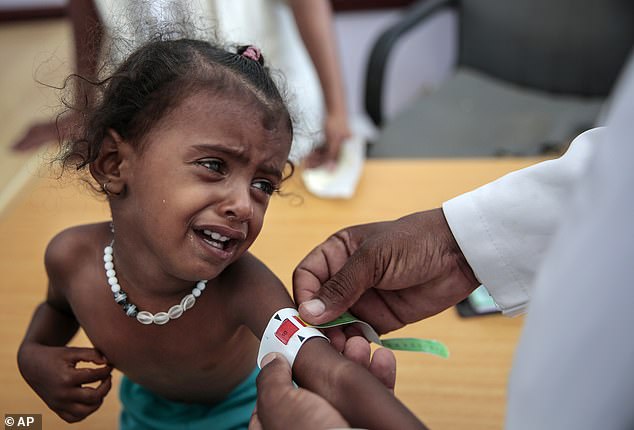 Oxfam said 155million people are in crisis levels of food insecurity or worse – some 20million more than last year. File photo: A doctor measures the arm of malnourished girl in Yemen

The report also found the death toll from famine outpaces that of Covid-19 which kills about seven people a minute.

Oxfam chief Abby Maxman said: ‘The statistics are staggering, but we must remember that these figures are made up of individual people facing unimaginable suffering. Even one person is too many.’

Despite the pandemic, Oxfam said that global military spending increased by £36billion over the last year. 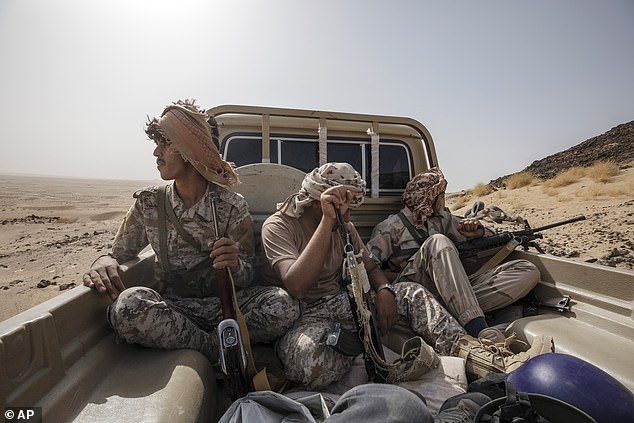 Around two thirds of them face hunger because their country is in military conflict. Pictured: Yemeni fighters leave after clashes with Houthi rebels on the Kassara front line

The figure is over six times what the UN needs to fund its hunger appeal.

The pandemic as well as climate change have pushed food prices to new highs forcing millions more into hunger, the report also found.