The family of a man who fell to his death from Chelsea Bridge after being Tasered by a Met officer are threatening legal action against the police watchdog.

They are challenging the Independent Office for Police Conduct’s decision not to hold a criminal or conduct investigation into 41-year-old Oladeji Omishore’s death – which they believe is ‘unlawful and irrational’.

Video, widely circulated on social media, showed Mr Omishore being hit by an electric stun gun, delivering a shock of up to 50,000 volts, on June 4 this year, then clambering over a barrier and falling into the River Thames below.

Without a criminal or conduct investigation, officers involved in deaths are only treated as witnesses, rather than as subjects, of investigations. Their evidence is unlikely to be scrutinised and challenged to the extent that it would be under a conduct or criminal investigation. The officers in the case remain on active duty.

The latest legal twist comes as a review into Metropolitan Police culture by Baroness Louise Casey yesterday concluded the force must take a ‘zero-tolerance’ approach to misogyny and racism and enable offending officers to be sacked more easily. 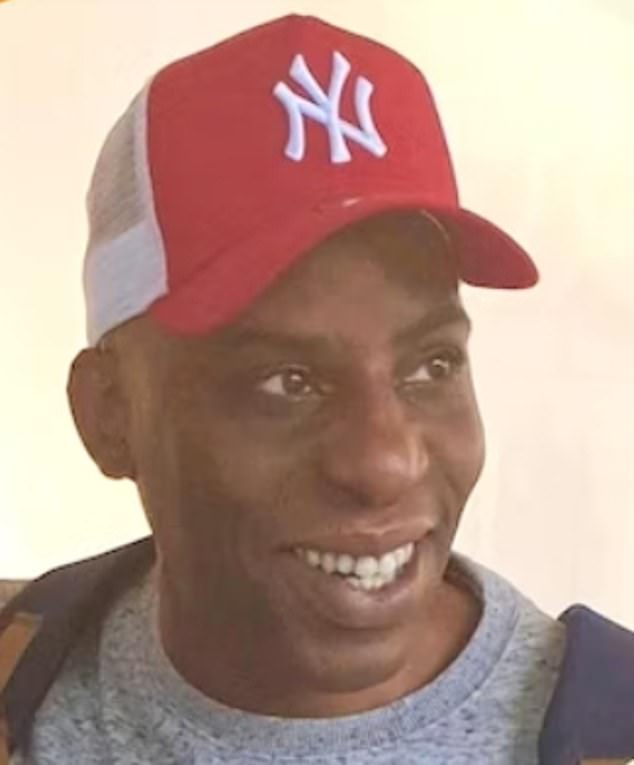 The family of Oladeji Omishore (pictured), who fell to his death from Chelsea Bridge after being tasered by a Met officer, are threatening legal action against the police watchdog

Mr Omishore, known to his family as Deji, fell into the Thames following use of a Taser by two Met police officers on Chelsea Bridge. He was thought to be experiencing a mental health crisis and was holding a plastic cigarette lighter.

The family are crowdfunding for legal costs via their solicitors.

In a joint statement, the family said: ‘Deji was only a few moments’ walk from his home and appears to have been vulnerable and frightened.

‘The two Metropolitan police officers who confronted him used repeated force on him which we consider was excessive and unjustified.

‘We want those officers to explain why they did not use their training to de-escalate the situation, and safeguard Deji, instead of taking the actions that led to his tragic death. 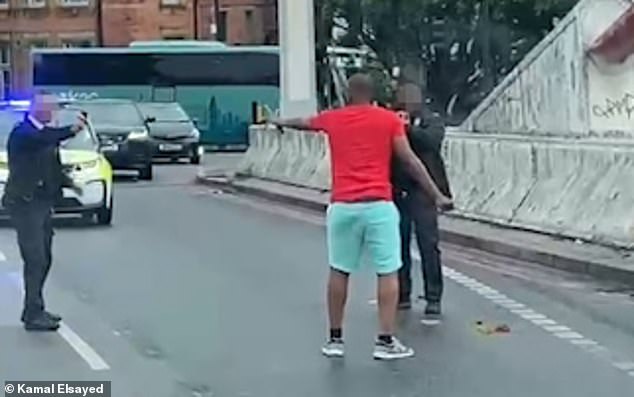 Mr Omishore, known to his family as Deji, fell into the Thames following use of a Taser by two Met police officers in June

‘The damning Casey review of Metropolitan police culture, published yesterday, solidifies our concern that more must be done to ensure police are held to account for misconduct.

‘We are asking all those who support our cause to stand with us in taking this action which, if successful, would set a standard and ensure improved access to justice for many more families and more thorough scrutiny of policing.’

Deborah Coles, Director of pressure group Inquest, said: ‘It is in the interest of both the public and bereaved families that police officers are subject to robust investigation of the highest standard.

‘They are public servants and must be held to account at an individual and corporate level when things go so badly wrong. 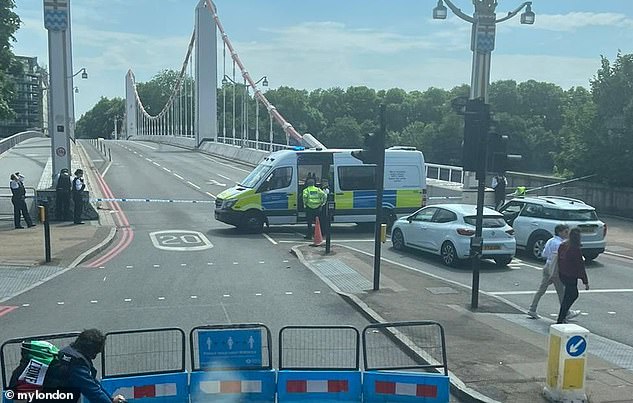 Police were called to the scene in Chelsea Bridge Road, west London, at 9.03am on June 4 after receiving reports that a man was armed with a screwdriver and shouting

‘It is vital that conduct or criminal investigations are commenced urgently after a death, to ensure scrutiny is thorough and that officers are rightly treated as subjects of investigations, not just witnesses. This is an issue which has impacted bereaved families for years.

‘This legal action from the Omishore family is an important step in challenging this systemic issue in the investigation of deaths in police contact.’

Kate Maynard of Hickman and Rose solicitors who represent the family, said: ‘The threshold to treat officers as subjects and declare a conduct investigation is low.

The family of Mr Omishore (pictured) are trying to raise £10,000 to fund a judicial review claim against the IPOC

‘The IOPC only needed to consider there to be an indication that the officer may have committed a criminal offence or have behaved in a manner that would justify them facing disciplinary proceedings.

‘The failure of these officers to diligently exercise their duties and responsibilities and the excessive use of force are obvious potential disciplinary infringements for investigation.

‘The failure to interview the officers as subjects of investigation under caution, and to properly test their evidence under a misconduct notice, risks becoming a material flaw in the investigation, as has happened in other cases.

‘The family is taking a stand to set a gold standard for other cases. ‘

An IOPC spokesperson said: ‘Our thoughts and sympathies remain with the family and friends of Oladeji Omishore.

‘We have received correspondence from the family’s legal representatives today which is being carefully considered.

‘During any investigation we keep conduct matters under constant review and take decisions based on the evidence available.

‘At this stage we have no indication that any of the officers involved may have breached police professional standards or committed a criminal offence.

‘This will be kept under review during the investigation.

‘We will work to complete the investigation as quickly as possible and we are carrying out a thorough and robust examination of all the evidence.

‘We are committed to keeping Mr Omishore’s family updated.’