A grieving mother has been left distraught after Facebook deleted pictures and videos of her dead three-year-old son by shutting down her account for ‘breaching community standards’.

Nicky Massey, from Cambridge, discovered she was unable to sign into her account which featured clips and images of her son Ethan, and was also left with no option to appeal the decision.

The Labour councillor denies breaching any guidelines, saying: ‘I am full of grief for my loss again. I lost my late son’s first steps and his giggle.’

The 41-year-old told MailOnline it was ‘devastating,’ to lose her Facebook page – and says she has received no further explanation as to why her account was shutdown by the social media giant.

Facebook says it is investigating why Ms Massey’s profile was deleted last Monday – along with her fellow moderators who monitor the National Save Our Children’s Centres page.

Its community standards cover topics such as violence, hate speech, fake news and intellectual property rows – but so far Facebook has not explained which of the rules Ms Massey has allegedly broken.

Her son Ethan died after an eye infection spread to his lungs just before his fourth birthday in September 2013.  He was born 16-weeks premature in 2009 and his mother had used her Facebook page to chronicle his life. 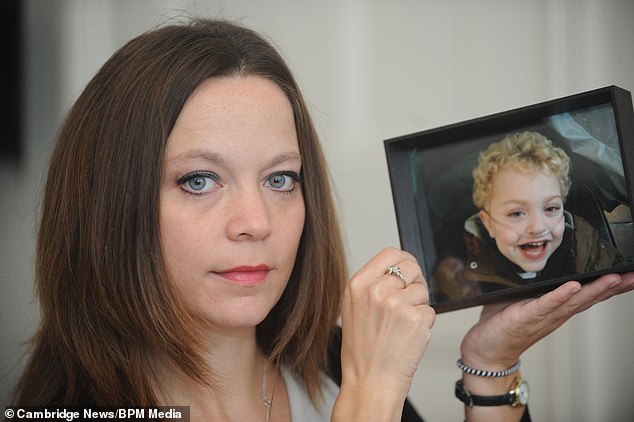 Nicky Massey, from Cambridge, has lost her Facebook page following a ‘breach in community standards’. Her profile contained videos of her late son Ethan’s first steps and his giggle

Ms Massey said: ‘I took a Facebook live video of my son Ethan, his first steps. We were told he wasn’t going to walk and he amazed us all by walking.

‘Although they’re not nice memories, they are memories that pull you back to that time of when he was here, and they’re gone.’

She added: ‘My children came downstairs after the account was deleted and said: “Why was mum crying?” They thought somebody had died. 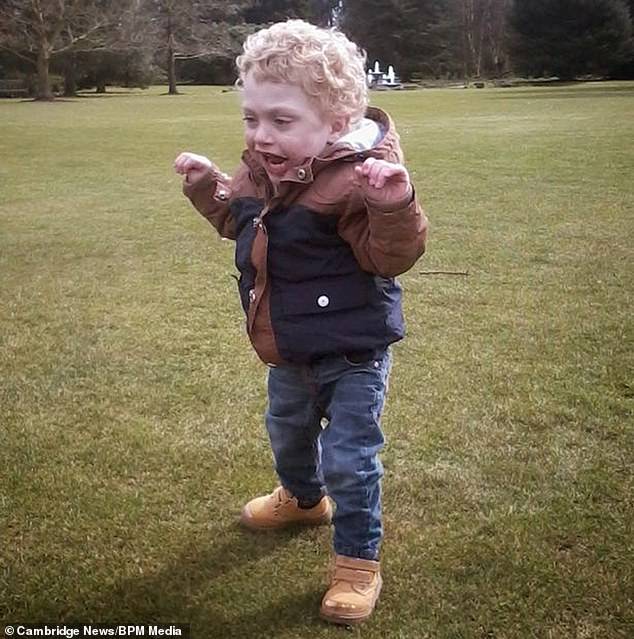 Little Ethan Bradley died in 2013 from an infection that spread to his lungs, his mother had used her Facebook profile to remember him, but her account was deleted last Monday. Ms Massey said it was like the toddler had ‘died again’ 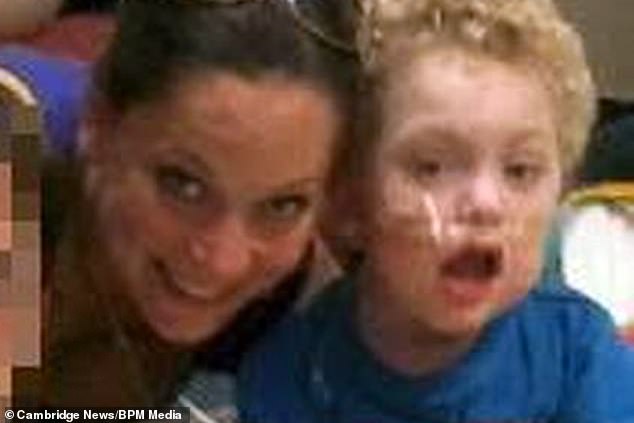 Ms Massey, pictured with Ethan, was one of a group of moderators to have their Facebook pages deleted last week. The social media giant has offered no further explanation as to why they were removed, other than saying they were in ‘breach of community standards’

‘My husband said: “Well they have died, they’ve just died again because the photos have been taken,” that’s how we feel.’

Facebook says it is looking into why she was banned, but the grieving mother believes it came about from a ‘glitch’ in the social media giant’s systems.

Ms Massey told MailOnline on Monday: ‘I’ve heard nothing back from Facebook.

‘It seems strange when you look at all the other accounts, it’s happened to so many people.

‘We have this trust in Facebook that our data is okay, we put our whole lives on the website and it really is devastating to lose it all.’

The standards are split into six sections:

While the first five are somewhat self-explanatory, the sixth category covers requests from account holders to remove their own account, or requests to remove accounts that others believe are being run by underage users.

Facebook has not elaborated on which of the community standards Ms Massey is alleged to have breached.

The local councillor said she first noticed something was wrong when she tried to log in to Facebook last Monday night.

She said: ‘It said my account had been blocked and I needed to find some identification.

‘When I went to try and do it, it said my account had been basically deleted, deactivated due to a breach of community standards and it’s not reversible.

‘My immediate reaction, because I’m a survivor of domestic abuse and my account has been hacked before, was that 10 years down the line, I was under attack again.

‘I was very upset and hurt to think about losing my photos, because the first time I was hacked, all of my photos of my son in the hospital were deleted.’

All of the page’s moderators – women from across the UK – were banned from Facebook at the same time last week.

Ms Massey said: ‘It became evident that whatever it was was connected to that page. None of us have posted anything incorrectly.

‘All of us have behaved to our best standards, as you would imagine, so we don’t understand the reasoning.

‘All Facebook keeps saying is that they don’t discuss individual’s accounts, and that’s all you get.

‘It feels very much like they’ve decided we don’t have accounts and that’s it. 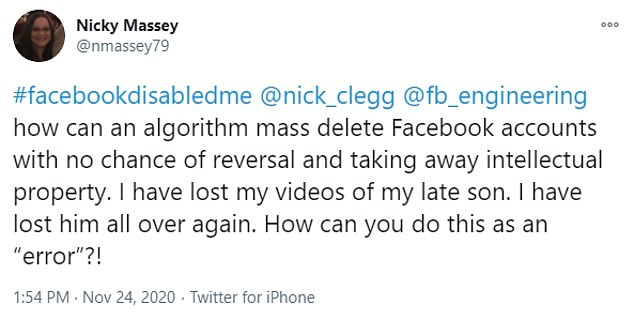 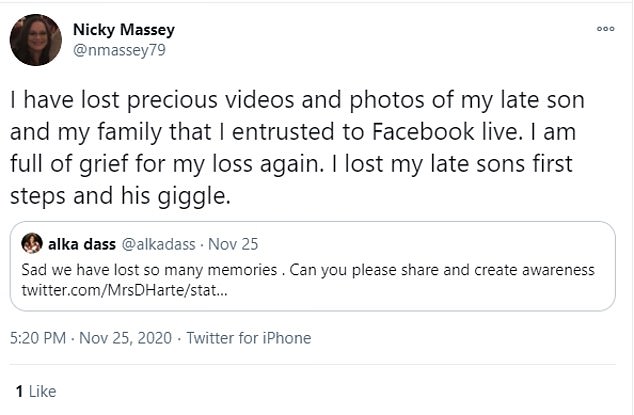 Nicky Massey, 41, lost footage of her late sons first steps and his laughter after Facebook deleted her account last Monday

‘They’re telling us the decision is not reversible and there’s nothing we can do about it. When I set up a second account to get in touch with Facebook, they deleted that one too.

‘I have not breached community standards, I know that. When I’ve looked it up, it looks like it’s an algorithm that’s gone wrong.’