An EU diplomat savaged Theresa May’s Brexit stance – accusing her of coming up with a plan that is stuck in the Victorian age.

The official said the PM is so indecisive that it is easier to negotiate with Donald Trump.

In a brutal attack on Mrs May’s Chequers plan, the ambassador of an EU country said the Prime Minister has come up with a plan which is ‘very nostalgic’.

The unnamed diplomat told The Sun said the Brussels  bloc has found it incredibly  difficult to negotiate with Mrs May because she is ‘irrational’.

The blistering put-down comes amid growing fears that Britain will crash out of the bloc without a deal.

UK ministers have said that stubborn Eurocrats are risking a no deal Brexit because they are refusing to compromise and respond to Britain’s plans. 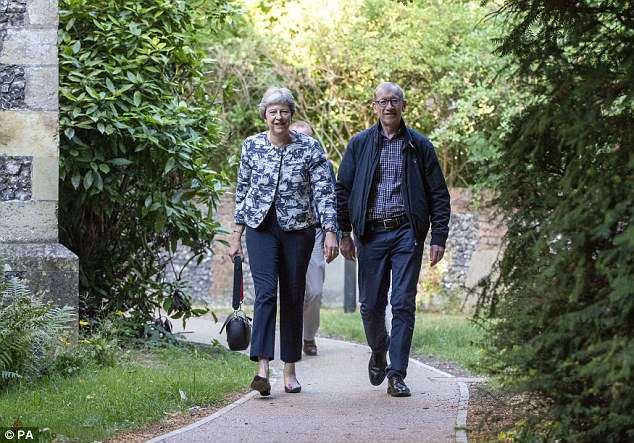 But the ambassador laid the blame with the UK, saying that Mrs May’s Brexit plan – which sticks to EU rules on goods but not services – harks back to the 19th Century.

They said: ‘It creates a world as if one trades goods which are packaged in cartons, but this is the 21st Century.

‘It’s a very 19th Century way of looking at trade which might appeal to the British public, but we’ve moved on two centuries.’

The senior figure added: ‘If this had been a rational discussion like we have with Trump on cars, what’s underneath is rational.

‘With the UK from the start this has not been a rational negotiation, that’s what makes it so difficult.

‘Rationally the chance of a cliff-edge should be zero percent.

‘If there’s going to be no deal it’s not because of the EU it will be because of London, because they just can’t manage themselves to arrive at a deal.’

But the senior diplomat said that the UK will be given a ‘special arrangement’ which will be ‘more intense or intimate’ than the EU has with any other partner. It comes as fears that Britain will crash out of the EU without a deal grow – with International Trade Secretary Liam Fox warning the chances of no deal are now 60 to 40.

The Cabinet minister and leading Brexiteer said that politicians in Brussels were letting their stubbornness get in the way of agreeing a deal with the UK.

Police leaders have warned that public safety will be put at risk if Britain fails to get a deal and the EU follows through on its threat to cut the country off from crucial police databases.

While yesterday Tory MP and Brexiteer Sir Bernard Jenkin warned Brussels that farmers will riot in the streets of Europe in the bloc refuses to do a deal with Britain and slaps punitive tariffs on trade.

The PM has warned the EU that she has taken a ‘significant’ step in publishing her Chequers Brexit compromise plan and they must now respond.

But she is facing a revolt from her Tory grassroots who are furious over her proposal – which they say will leave the UK bound to Brussels and unable to strike free trade deals globally.

Mrs May is touring the UK and holding talks with EU leaders in a desperate bid to drum up support for her plan and get a deal done by the end of the year.

Yet any hopes that a deal will be done by the October deadline are fading fast. Politicians on both sides believe the timetable can be pushed back, but an agreement must be thrashed out by the end of the year at the very latest.