A STARVING epileptic boy survived on goat food and his own poo in a farm shed while his vile dad, two stepmums and 17 siblings thrived in a nearby home, it is reported.

Heartbreaking video shows painfully thin Jibril Aliyu, 10, being rescued after he was found tethered to a wooden pillar in Nigeria, where a shocked campaigner said it was "the highest level of barbarity and extreme cruelty". 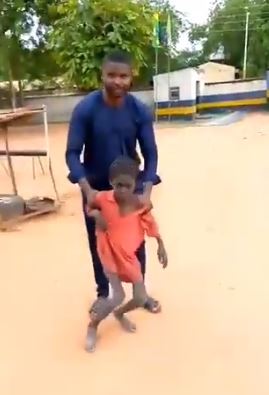 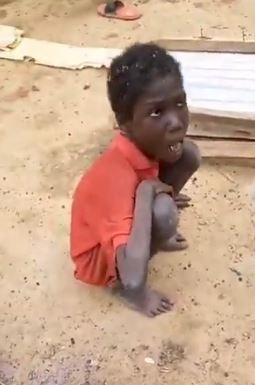 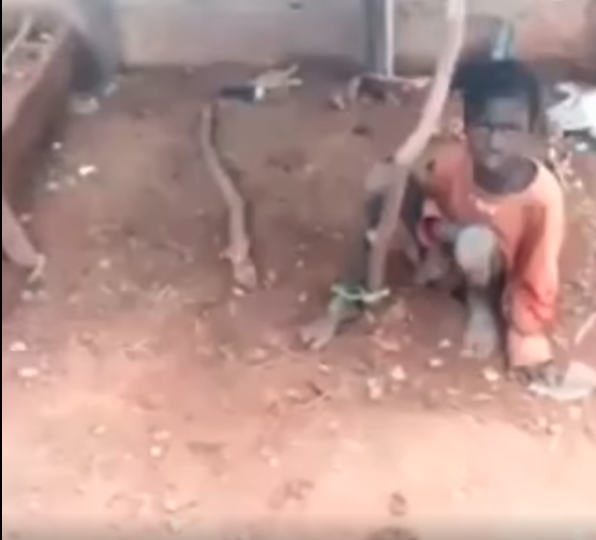 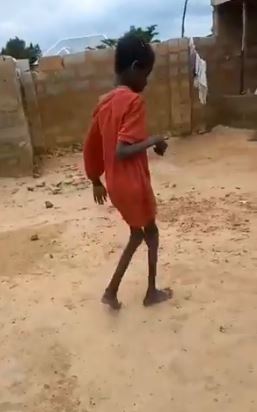 Human rights activists took Jibril to hospital after he had reportedly been forced to live outside with chickens and goats for two years, according to the BBC.

He was rescued from the hellhole family property in the Badariya area of Birnin Kebbi after a tip-off.

In upsetting video of the moment the lad was rescued on Sunday, he can be seen partially clothed while picking up scraps of food from the ground to eat.

Jibril shuffles along the dirt, with his bony shoulders poking through his loose T-shirt.

The boy – who seems bewildered about being with other humans – can be seen peering under pieces of wood, looking desperately for something to eat, and clearly struggles to walk, because he is so weak.

His painfully thin legs look like twigs in the footage as a rescuer tries to help him to his feet, before he is taken from the property to hospital.

In a social media campaign demanding “Justice For Jibril” Manir Jega, a drug abuse activist, tweeted that it was Nigeria’s “worst child abuse of our time". 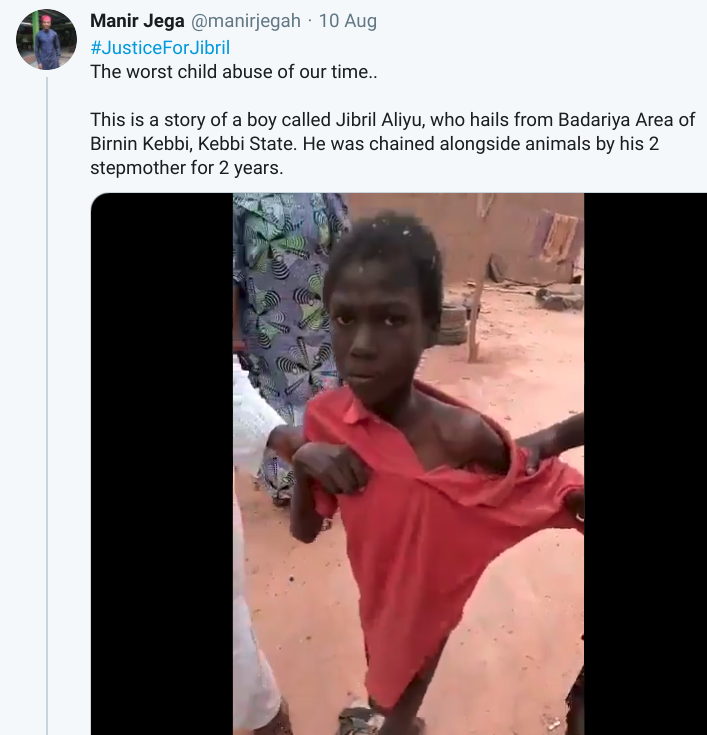 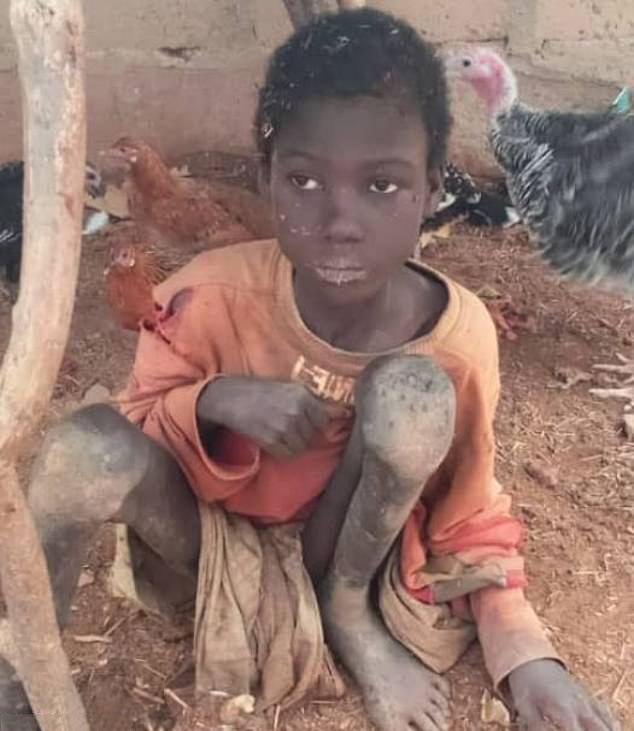 He wrote: “This is a story of a boy called Jibril Aliyu, who hails from Badariya Area of Birnin Kebbi, Kebbi State."

Manir, who also runs the Manir Jega Foundation, shared footage of the abused boy, explaining that “he was chained alongside animals by his two stepmothers for two years.

“His mother died two years ago. He was denied shelter, clothing, food, not to talk of health care.

“He was maltreated by these same people like an animal to the extent that he was feeding on the remnant food of the animals he was tied with and even ate his faeces, until he was rescued by some Human Right activists.

“As a result of monstrous and nefarious treatment he was subjected to, he entire lost his senses and behaves exactly like an animal.

“What is most surprising is the fact that his father was living in the same house with them while he undergoes this inhumane and savagely cruel treatment. 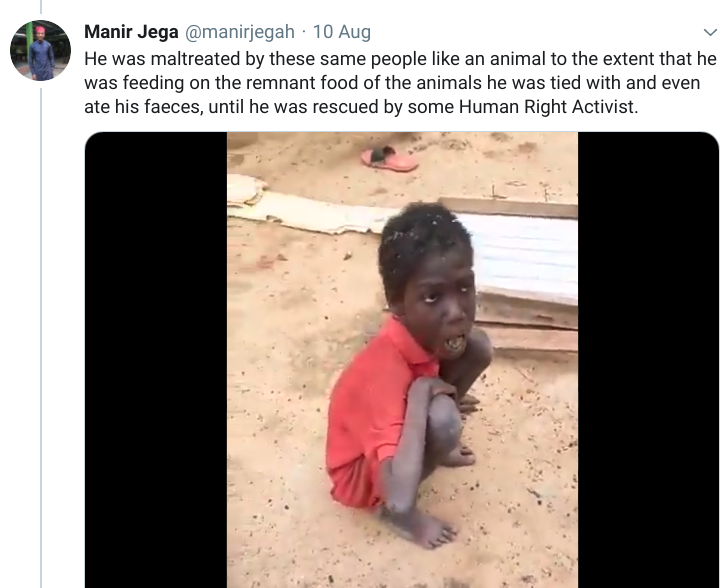 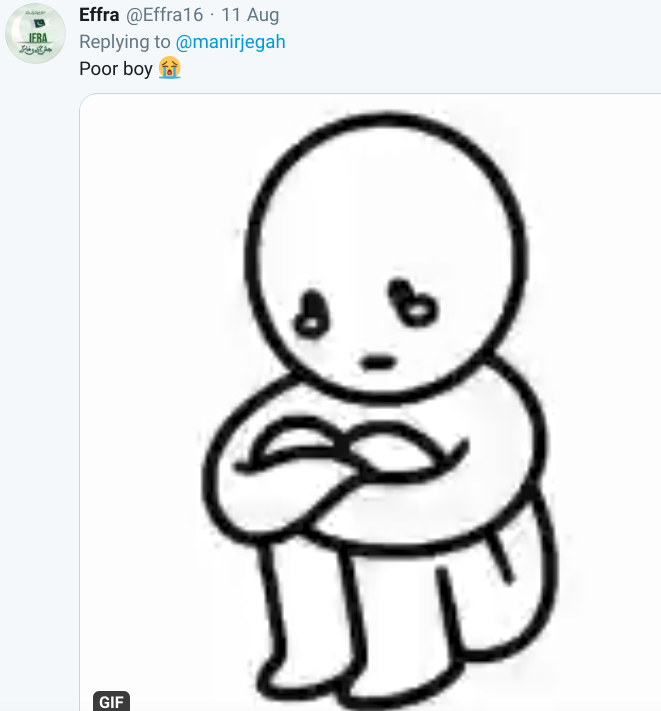 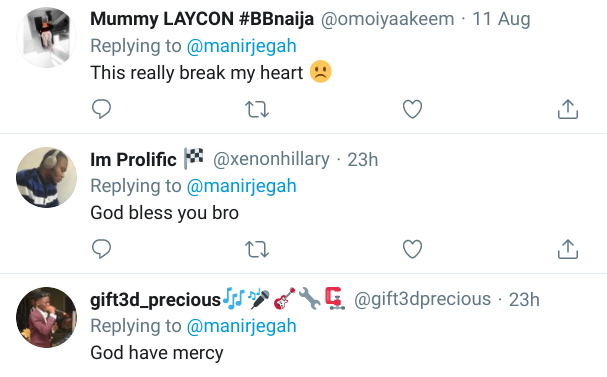 "His two evil step mothers, together with his father are currently in police custody, while the 10 year old Jibril is undergoing treatment and rehabilitation at the Federal Medical Center Birnin Kebbi.

"What happened to Jibril is the highest level of barbarity and extreme cruelty.

"I therefore call on the Kebbi State Government to ensure that the culprits face the full wrath of the law.

"I also call on the good people of Kebbi State and beyond to rise up en mass until justice prevails for Jibril. I pray that the villainous culprits will pay dearly for their atrocity!"

One person responded: “Just when I thought humanity could never be any more cruel than it is…then along came this thread. Beyond words."

Another said it was "just pure undiluted evil".

One of Jibril's older brothers reportedly told journalists his sibling suffered from epilepsy.

He said his family chained the boy to the shed post outside, to stop him from wandering away. 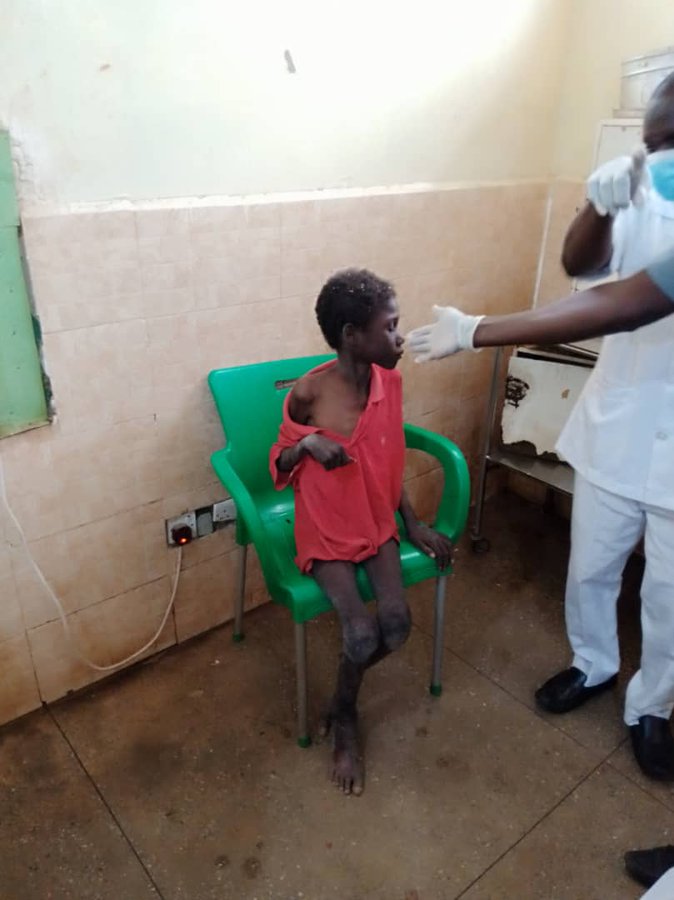 The Sun Nigeria reported that his brother also claimed that Jibril was chained up during daylight hours only.

The publication was told that a house and car had been sold to fund the boy's epilepsy treatment.

The rescue team's spokesman DSP Nafi'u Abubakar, confirmed: "Yes our men have arrested a father and three wives for allegedly chaining the boy for over two years.

"Our men arrested the suspects on Sunday in Badariya area of Birnin Kebbi Local Government.

"The boy is at Sir Yahaya Memorial Hospital as the investigation is still ongoing to unravel the circumstances behind chaining the boy in an animal stall for that period."

Writing for the BBC about the shocking case, Umaymah Sani Abdulmumin said the “abuse of a son or a daughter and the contempt of a father-in-law have become commonplace in many parts of Nigeria and Africa.

“Research shows that many women are jealous of their husband's children and therefore tie them up with hatred, abuse and abuse.

“There is no estimate or amount of such domestic violence in Nigeria, but it is usually not uncommon and is often talked about.

“However, the re-emergence of the issue at this time came after the 'unbelief in the negligence of a child', a boy named Jibril Aliyu.

“[The story has] provoked outrage and people have reacted angrily to Jibril's mother's rivals.

“Severe jealousy is associated with increased ignorance especially in areas where polygamy is practised.” 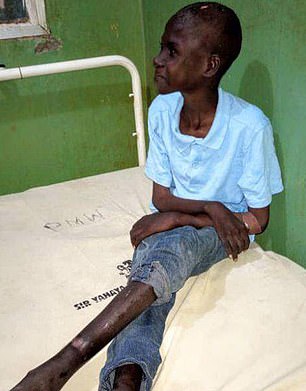