STREETS were turned red as cows and sheep are beheaded to mark the Islamic Eid Al-Adha.

The four-day celebration is one of the key festivals in the Muslim calendar, the Festival of Sacrifice, and commemorates the willingness of the prophet Ibrahim to sacrifice his son Ishmael. 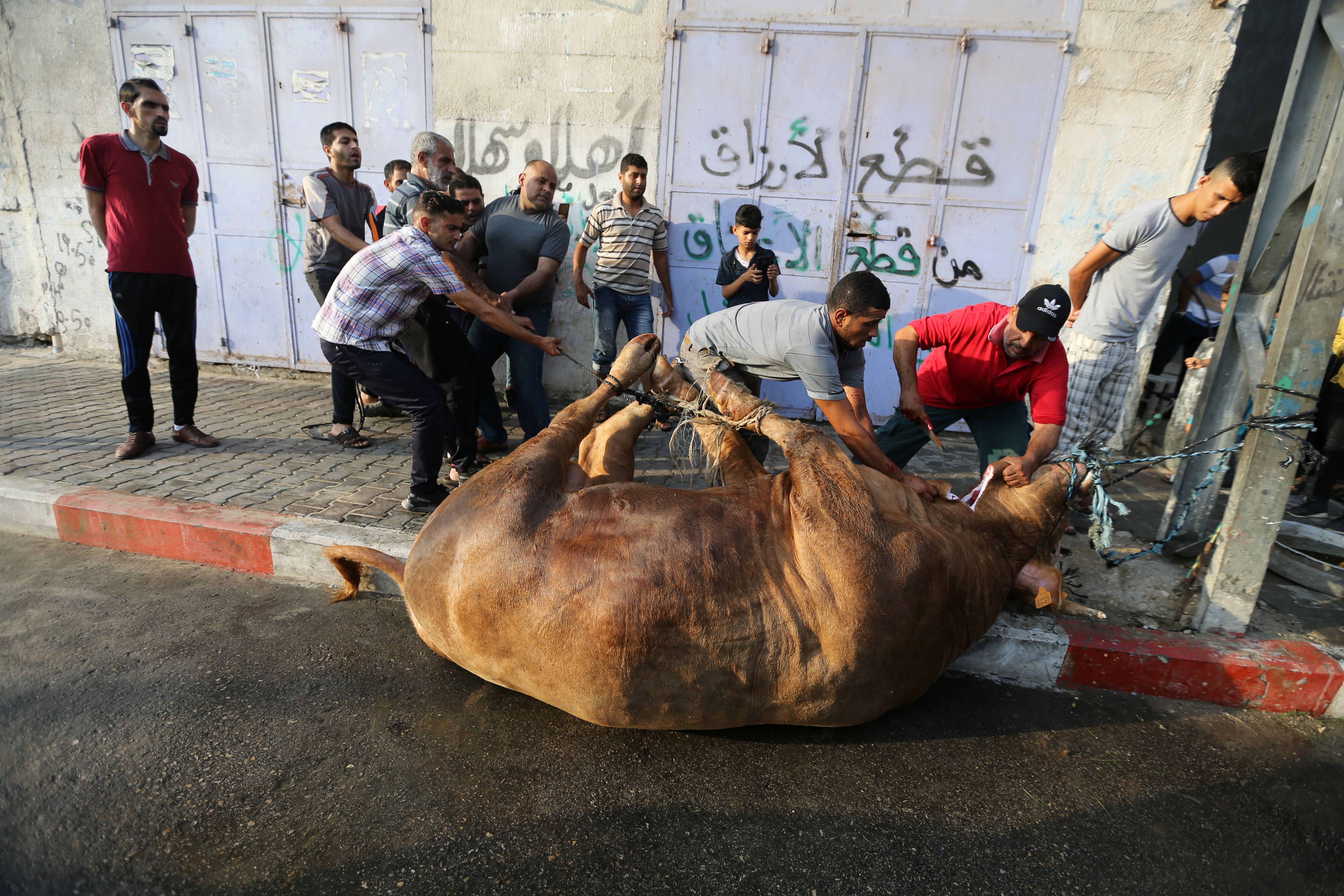 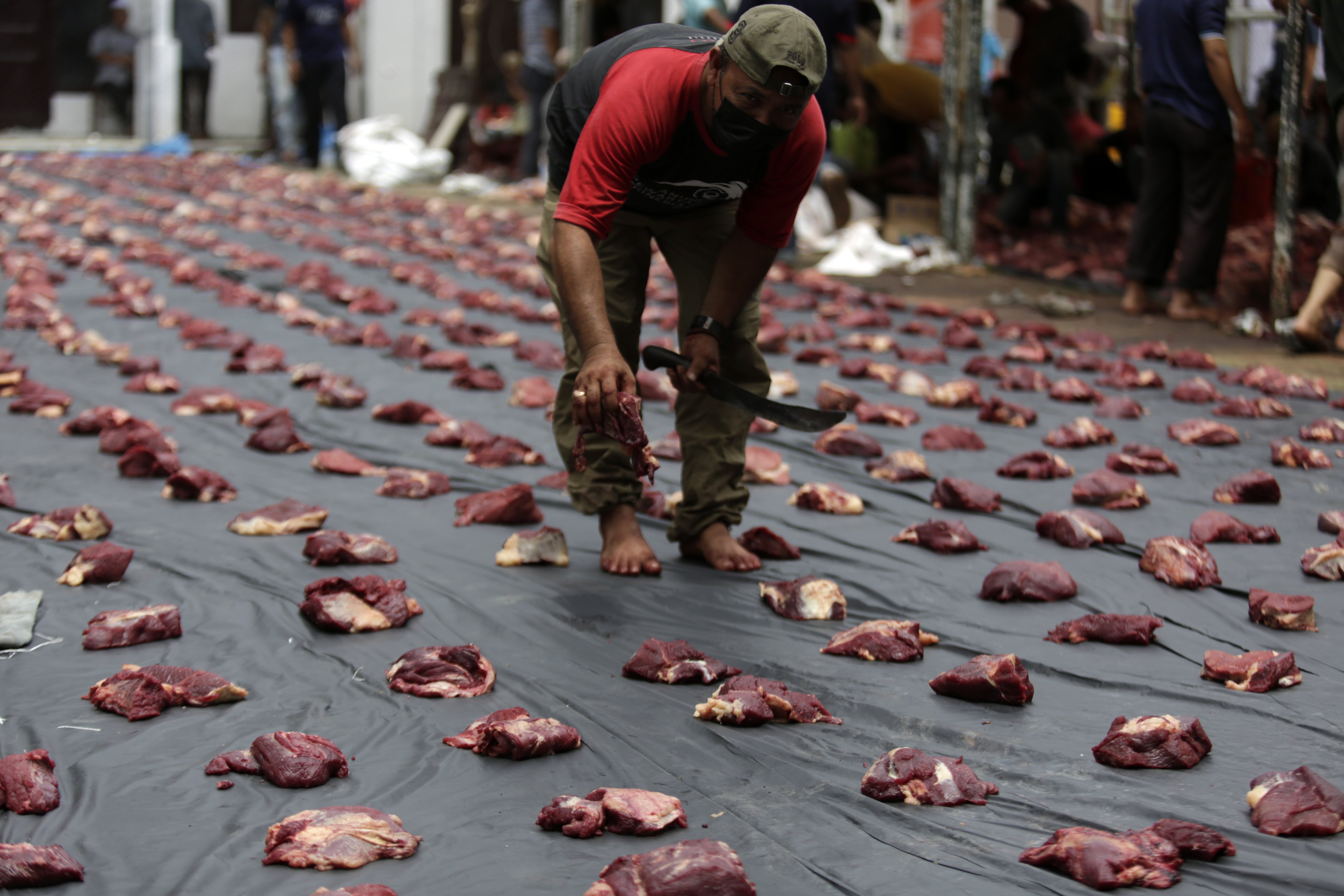 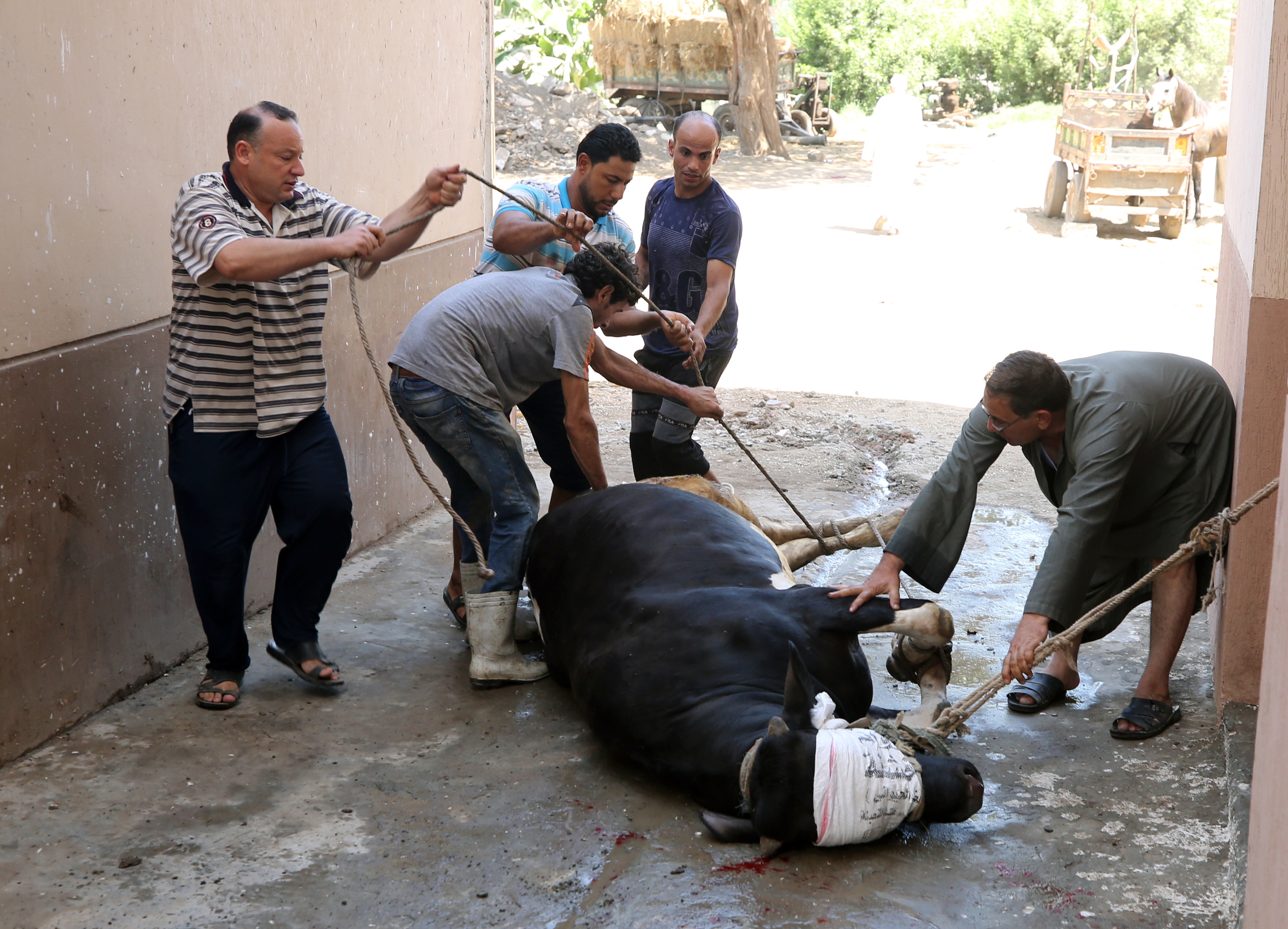 It is similar to the Christian and Jewish stories in which God asked Abraham to sacrifice his son Isaac but spared him from doing so.

Stomach-churning photos show the ritual bloodshed of the animals in several countries including Pakistan, Iran, Bangladesh, and Malaysia for the Muslim tradition.

And the cities turn red as beheaded cows and goats are dragged across the streets while thousands of worshippers observe the bloody ritual.

The sacrifice of animals in Britain is done in a slaughterhouse.

Relatives will gather for the celebrations and exchange gifts, cards and money, as well as donating to charity.

Believers are not supposed to eat anything until they return from the prayers.

Some Muslims will also travel to Mecca and the surrounding area in Saudi Arabia to perform the Hajj pilgrimage, which is one of the five pillars of Islam.

According to the Koran Abraham was willing to sacrifice his son Ishmael in an ultimate act of faith.

While he is in distress about the decision, his son instructed his father honour Allah's wishes.

And as they are both standing on Mount Arafat, with Abraham ready to cut his son's throat, the angel Gabriel told him he had already demonstrated his love for Allah.

Instead of the boy, a goat was slaughtered instead and modern Muslims copy the act by slaughtering similar animals.

They believe that by slaying beasts and carving up their corpses, they are reminding themselves that they should not be distracted by material possessions and should instead provide their utmost devotion to Allah.

The animals are cut into three parts, with one being given to the poor and hungry, the second part to be given to family friends or relatives and the third one is kept by the family who owned the animal.

The controversial tradition is observed all over the world, under different rules depending on the country.

Many Islamic countries are aware of the dangerous health and hygienic complications this can give rise to such as the spreading of disease through the discarded entrails and blood and the meat itself becoming tainted by exhaust fumes or close proximity to garbage. 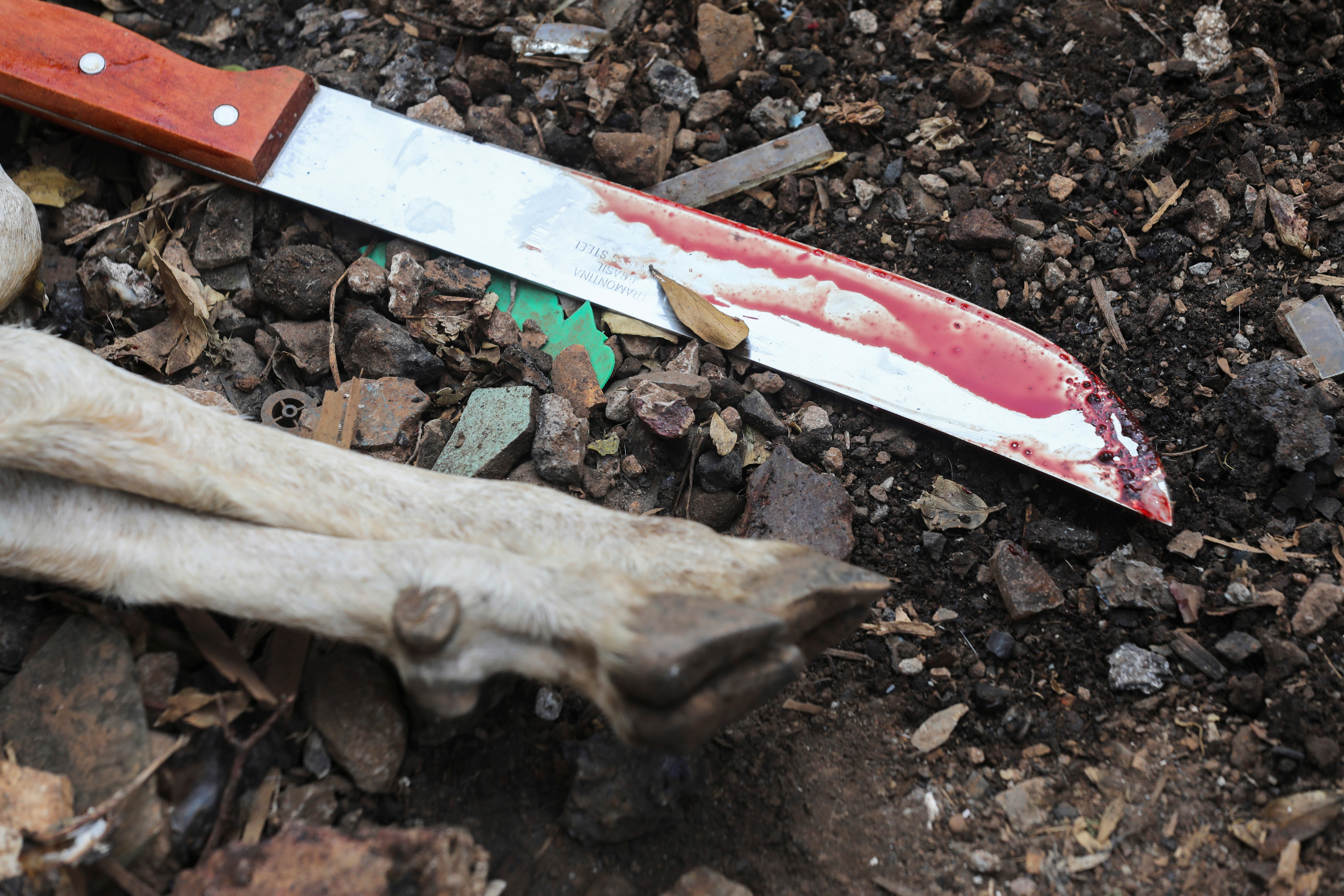 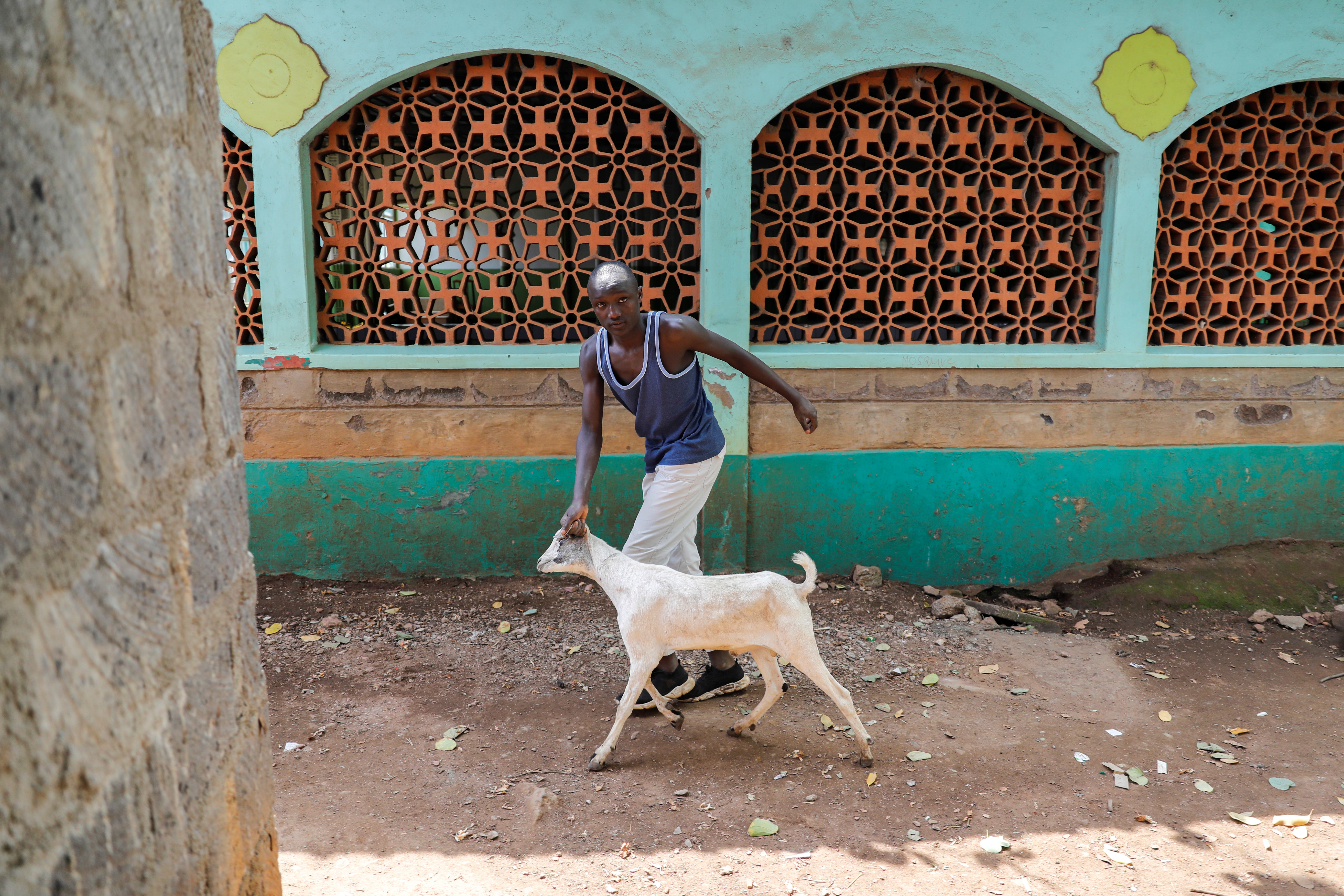 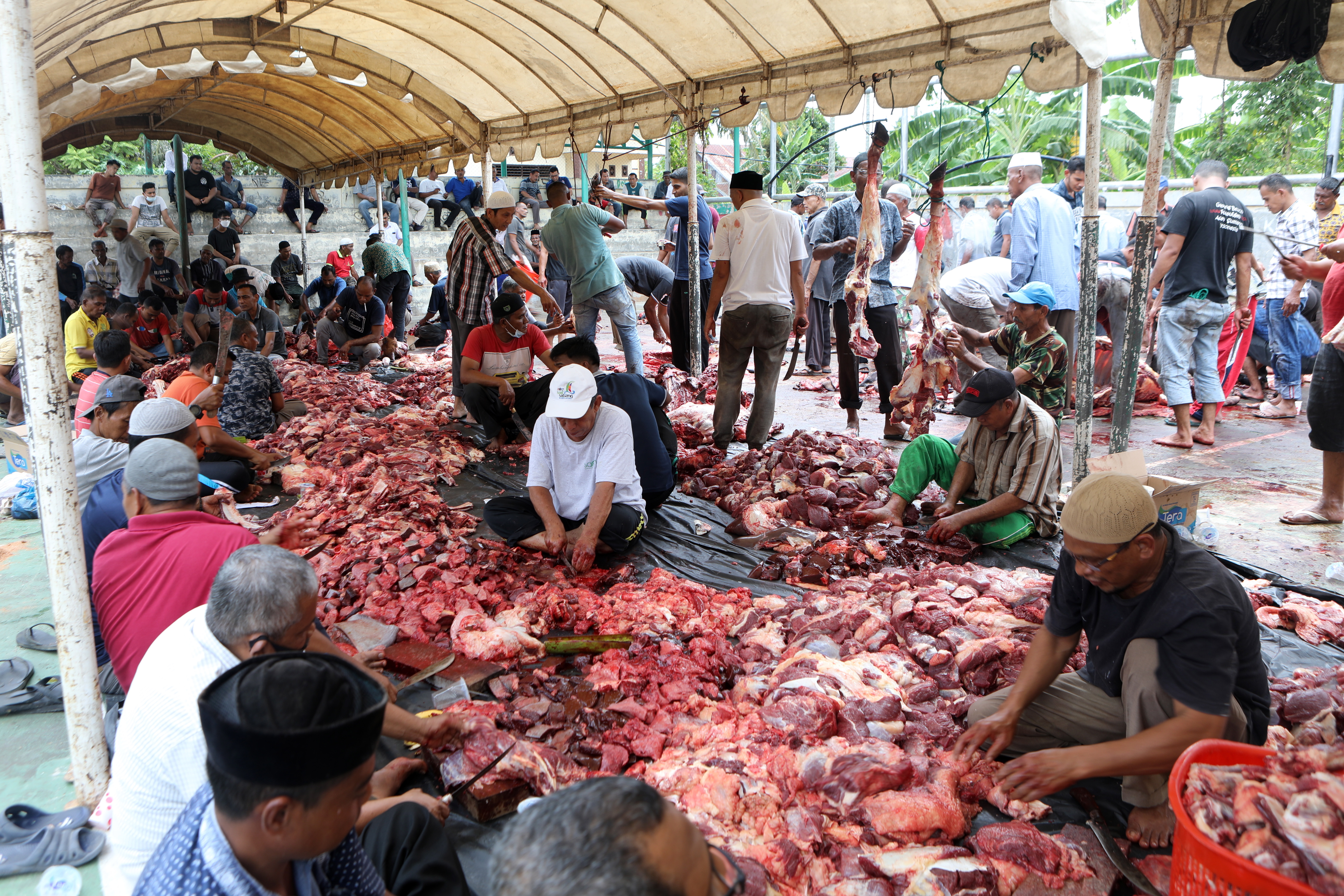 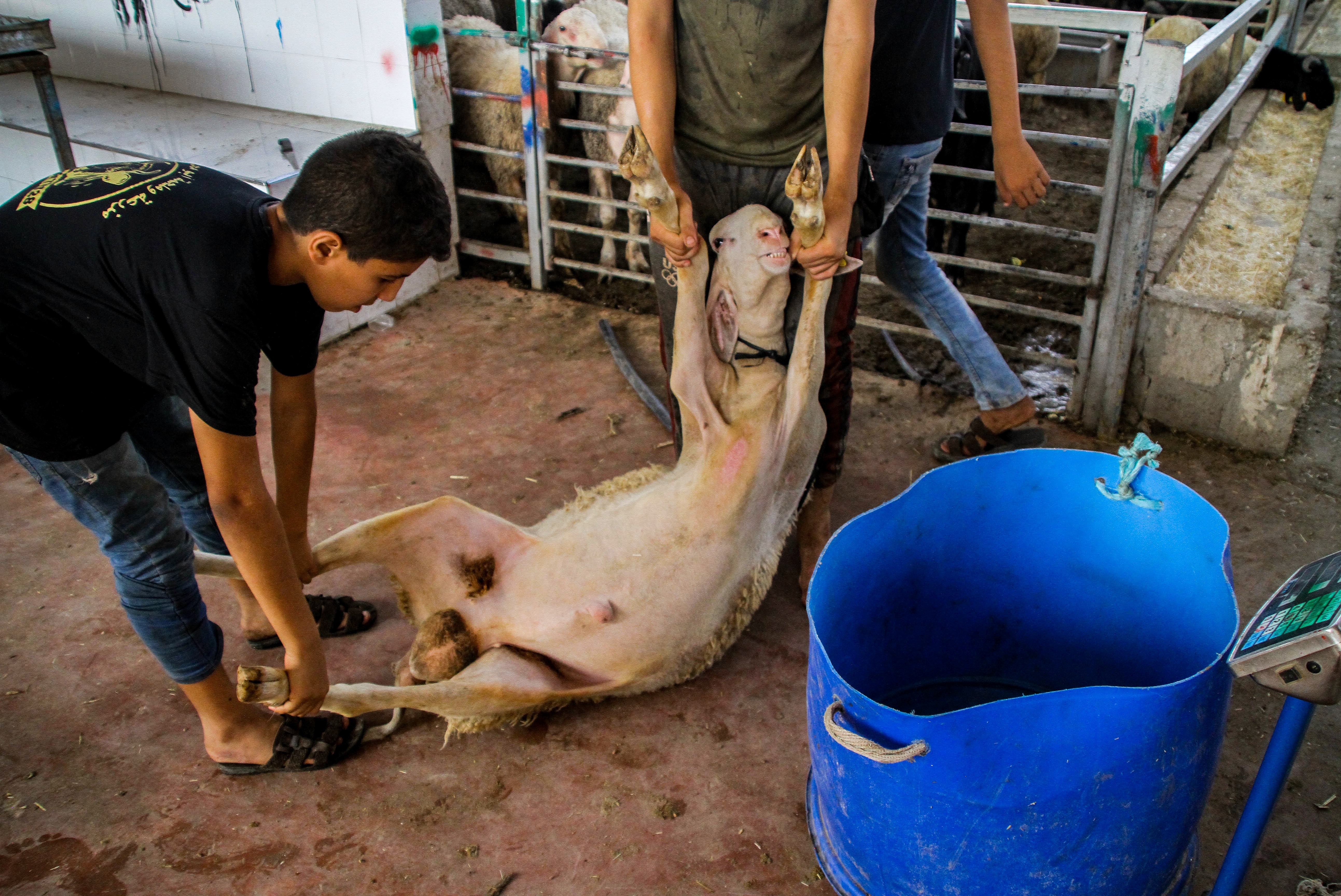 In the UAE (United Arab Emirates including Dubai and Abu Dhabi) people are allowed to honour the tradition at government-sanctioned public abattoirs, or risk facing a £1,000 fine.

In India, the issue is particularly contested by Hindus, who believe that the cow is a sacred animal and should be protected while many Western Muslims are also against the tradition.

Here's how to say Happy Eid al-Adha this year.