Drunk florist, 37, who was accused of sexually assaulting boy, 15, by grabbing his genitals at train station is cleared and says all she did was ‘ruffle his hair’

A florist has been cleared of groping a teenage boy at a train station in Cardiff after she maintained that all she did was ‘ruffle his hair.’

Charlene Pike, 37, had been to a restaurant opening event before she was accused of a sex attack on the 15 year old boy.

The teen told Cardiff Crown Court that Ms Pike approached him and his girlfriend at Cardiff Central Station before touching his hair and grabbing his genitals. 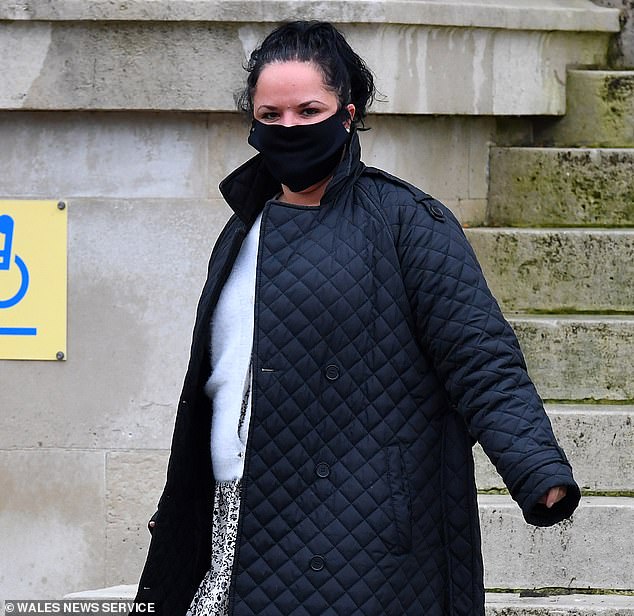 Charlene Pike, 37, was found not guilty by a jury at Cardiff Crown Court

He claimed the florist – who was drunk after a day out with friends – grabbed his genitals and ‘squeezed hard.’

He added that he was ‘very, very scared.’

She told the court that she had been to the opening of a restaurant and had been to a few bars where she had drunk numerous glasses of wine.

She said she was ‘merry’ but denied ‘falling about the place’ or being ‘steaming drunk.’

The court heard that Ms Pike arrived at Cardiff Central Station just after 21:00, and began to panic when she couldn’t find her train ticket.

‘My bag used to be a complete mess and I couldn’t find anything. I was hesitant (sic) to get back home – my daughter was home alone and I don’t leave her alone late in the evening.

‘I asked two teenagers to help me find my ticket so they helped me to purchase a ticket. There was the girl initially and the boy came then. 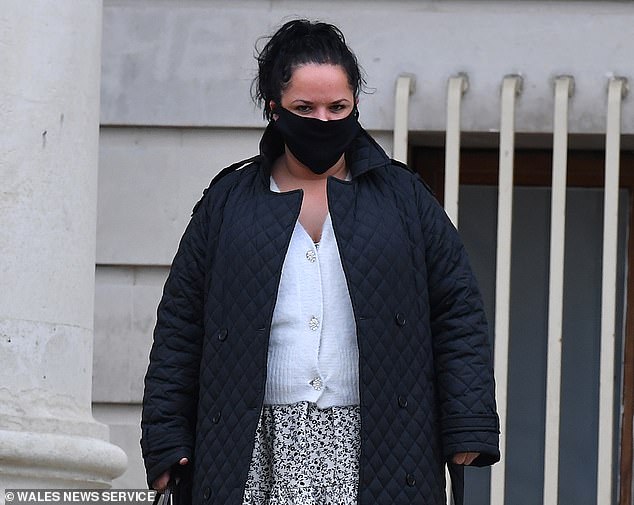 ‘She looked a pretty nice girl. My daughter is a similar age and I feel comfortable talking to teenagers. I asked if she could help me look into my bag and they offered to help me purchase a ticket instead.

‘We talked about the weekend, I mentioned I was having a barbecue. I did mention my partner was boring – he likes to go to work and doesn’t like to socialise so it was general conversation. It was just a joke – we just call him boring.’

She admitted she had ruffled the boy’s hair, but denied touching his genitals.

She went to catch a bus home and was removed by police officers.

When asked how she felt about being removed from the bus by police Ms Pike said: ‘I thought they had the wrong person, something had happened that night and had made a mistake.

‘As the evening went on it became more serious and I was getting more upset about the situation.’

When asked if she had put her arm around him, squeezed his nipple or put her right hand down his thigh and down to his genitals, she said ‘that never happened at all.’

She was found not guilty by a jury at Cardiff Crown Court.