Hit and run driver, 24, who killed a married couple when he mowed them down in an uninsured BMW is jailed after his DNA was found on drinks can in abandoned car

A ‘callous’ hit-and-run driver who killed a married couple crossing the road while he was being chased by police has been jailed for just eight years.

Speed-crazed Abdisalan Ali, 24, raced at 90mph on the M60 in Manchester when followed by a patrol car and turned onto a 30mph road at 60mph on February 20.

While driving at high-speeds in his effort to the police, he drove straight into pedestrians Geraldine, 71, and Stephen Birtles, 64,  who were crossing a junction in Didsbury, Greater Manchester.

Despite taking off from the scene, Ali was later identified after his DNA was found on a drinks can left in the uninsured BMW he had borrowed and abandoned on a nearby road, Manchester Crown Court heard.

Mrs Birtles died at the scene while her husband died two weeks later on March 4.

Ali, of Whalley Range, admitted two counts of causing death by dangerous driving and driving without a licence and insurance – he was jailed for for eight years and eight months.

He was previously locked up for more than three years for dealing heroin.

Judge Alan Conrad QC said he was ‘bound’ by the 14 year maximum sentence in force at the time of the fatal collision.

The maximum sentence for causing death by dangerous driving has since recently been increased to life. 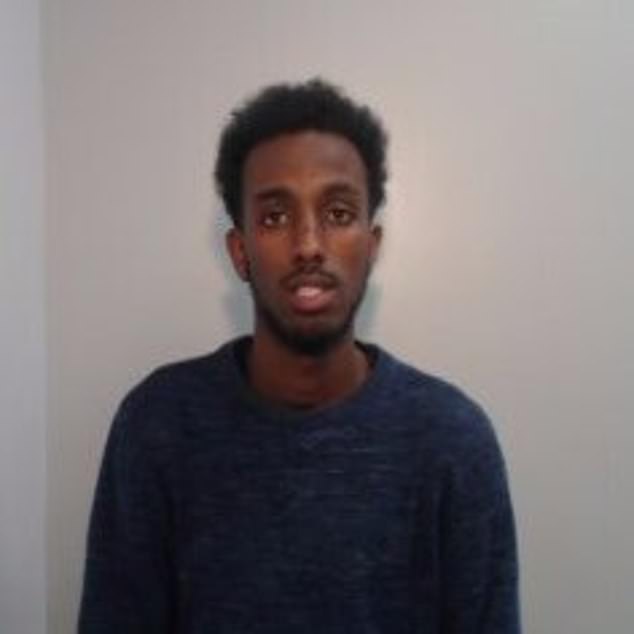 Abdisalan Ali (pictured), 24, was jailed for eight years and eight months after killing a married couple by hitting them with his car when he was being chased by police 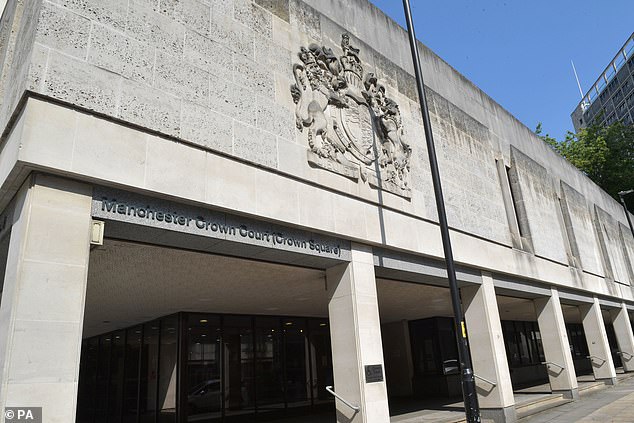 ‘He had a choice on that morning; to comply with the request to stop by the police or, drive off in an attempt to avoid capture, and the detection of potential wrongdoing,’ he said.

‘His poor decision-making led to the loss of two lives. If you choose to flee, this case is a stark reminder of the consequences.’

Ali was told by the Judge: ‘You killed a much loved couple, still in the prime of their lives, by thoroughly dangerous driving when you were fleeing from the police.

‘Having mown them down you then callously fled the scene and left them to die. It can only be the case there was someone or something in the car you didn’t want the police to find.’

Ali claimed others in the car had been ‘encouraging’ him to drive fast. But his passengers have never been identified.

Mr and Mrs Birtles’ only child Nicola Helley told Ali: ‘You are simply not worth a second of our energy. You may have destroyed my parents’ lives, I will not let you destroy mine.’

She described her parents as being her ‘world’, adding: ‘They were both in the prime of their lives. This was all taken away from us in a second in the most horrific manner.

‘They loved nothing more than a few drinks and a bite to eat on a Saturday night. Due to your callous and inexplicable actions they never returned home.’ 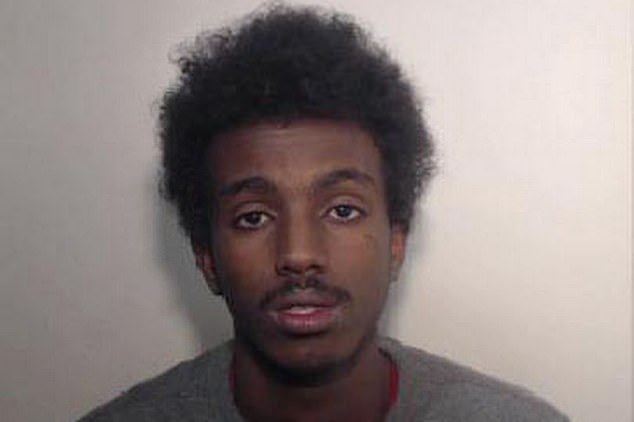 She recalled being woken at 4am by police officers to be informed of the devastating news, saying: ‘This was the beginning of the nightmare, the nightmare that for us will never end.

‘Because of what you did that night we have been robbed of two of the most incredible people. I feel so cheated that I never got to say goodbye to them both.

‘The idea I could easily describe the full impact of this revolting crime is impossible. Every morning I wake up, my heart shatters into a million pieces.’

Ms Helley said her mother was ‘warm’, ‘bubbly’ with the ‘biggest heart of gold’ while her father was a ‘gentle giant’ and talented guitarist.

Ali did not have insurance to drive the BMW, and was also awaiting sentence after being caught driving while uninsured about six months earlier.

Ruth Zentler-Munro, defending, said Ali is due to be receiving counselling after suffering from depression since the incident.

She added: ‘He has found it very difficult to know that he is responsible for the dreadful consequences.’