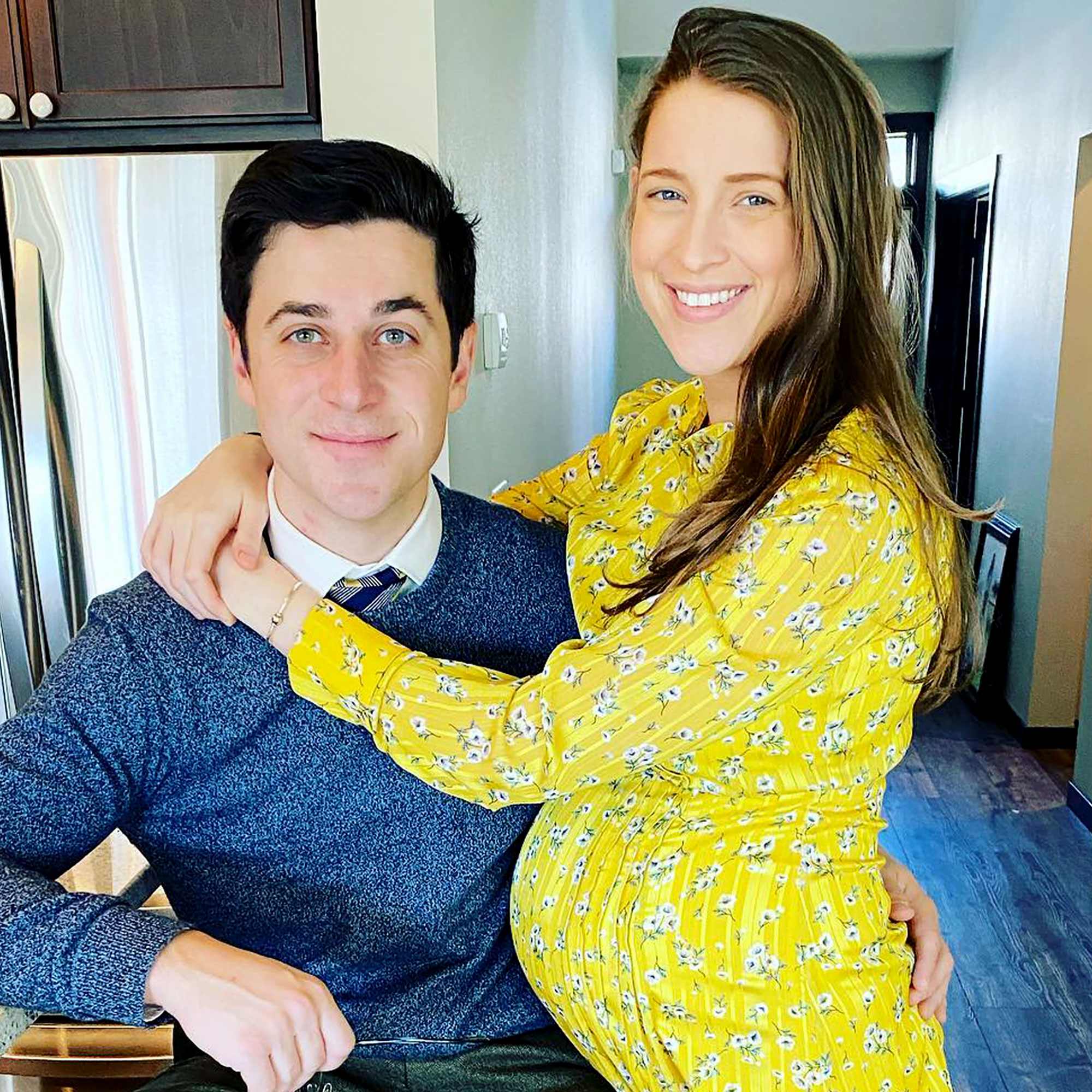 Family of five! David Henrie and Maria Cahill welcomed their third child, a rainbow baby, on Sunday, July 17, after previously suffering a miscarriage.

“IT’S A GIRL!!!! Gemma Clare Henrie was born 7lbs 15oz at 3:21am,” Henrie, 32, shared via Instagram alongside some family photos from the hospital. “Maria is currently enjoying the most deserved nap ever haha. She stuck to her plan l and had a drug free birth and I couldn’t be more in awe of her! Thanks be to God for the greatest gift on earth and Maria and I thank you all for your prayers. I received many messages and I really appreciate it. #vitabella #deogratias and a huge shout out to our nurses Morgan and Sofia and our midwife Katy! Y’all are spectacular and thank you to all the nurses out there we appreciate you.”

The Wizards of Waverly Place alum announced in December 2021 that he and the former beauty pageant queen, 31, had a little one on the way. The pair previously welcomed Philomena, 3, and James, 19 months, in March 2019 and December 2020, respectively.

“Maria and I were really racking our brains on what to get our son James for his first birthday #3 #bigbrother,” the California native captioned an Instagram photo from James’ birthday party at the time. “We are going to wait until birth for the gender reveal. Couldn’t think of a better gender reveal then [sic] that am I right?!”

Stars Who Struggled to Conceive Children Share Their Fertility Issues

That same month, the former Disney Channel star told his Instagram followers that the Delaware native suffered her fifth miscarriage ahead of conceiving their little one.

“I’m proud of her because she did what needed to be done to heal, and now we’ve been given another chance with our third child, and we are hopefully clear of miscarriage danger,” Henrie wrote.

The actor previously spoke about his partner’s pregnancy losses when they welcomed Philomena.

“Maria and I suffered three miscarriages before finally being able to carry Pia to full term,” the How I Met Your Mother alum wrote via Instagram in 2019. “While it was insanely difficult recovering from miscarriage after miscarriage, we knew if we were ever going to be able to hold a baby of our own in our arms that we must not let the tragedy affect our marriage, but rather grow closer together!”

Henrie went on to explain why he “felt compelled to share” their losses, writing, “I had no clue just how difficult trying to start a family could be. My wife and I went through trials. … We discovered a severe progesterone deficiency which seems to have been our culprit. The answers are out there.”

“Jesus … blessed us in a special way by giving us James on this date because it was December 25th, 2019 that we had our fourth miscarriage,” the This Is the Year star explained in the 2020 social media upload. “Thank you all for the prayers and well wishes, they paid off in a massive way. … My wife is a superhero and was able to achieve her goal of having a drug-free birth. I’m so proud of her!”

The pair wed in April 2017 in Los Angeles, three months after Henrie got down on one knee.