The youngsters use sticks and a metal table leg to wrestle with the reptile after it wrapped itself around their pet's lower body and hind legs. 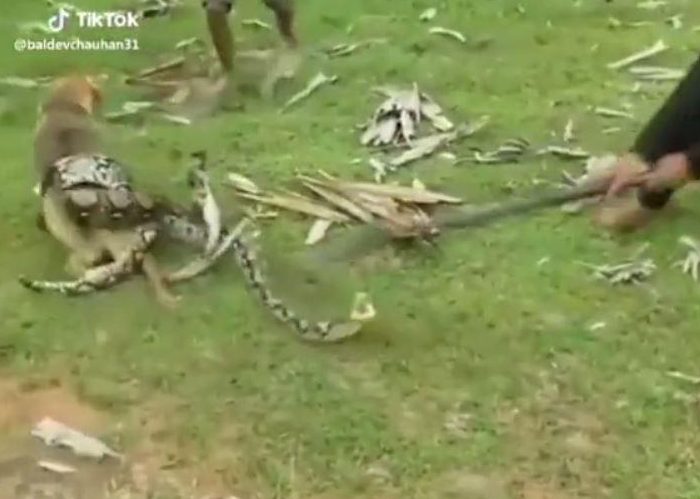 But the clip shows the snake repeatedly clench its jaws and tighten its vice-like grip around the dog.

Eventually, the boys unravel the monster serpent off the pooch who is seen running free.

The older boy holds the writhing snake up by its head at the end of the 21-second clip.

It is unclear where or when the dramatic footage was filmed but it has been widely shared online this week. 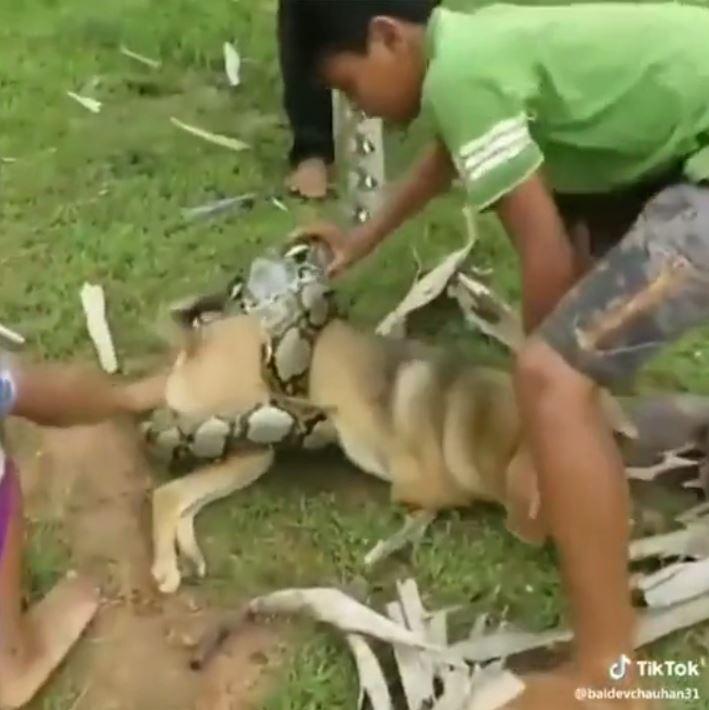 Many lauded the boys' bravery.

One social media user wrote: "The poor dog – he was absolutely terrified. Well done those children!"

Another viewer posted: "The things we would do for our furry friends, very brave of the lads, delighted to see the dog escaped unharmed." 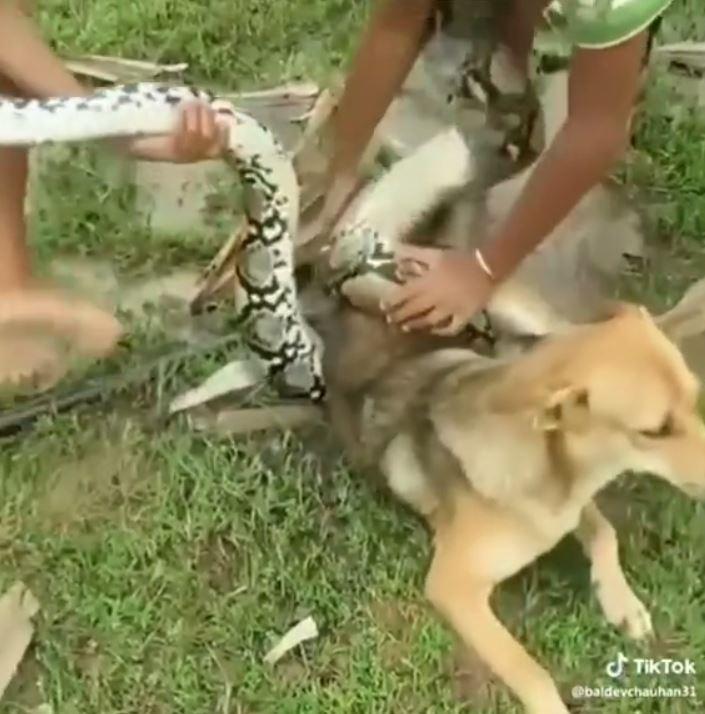 Some even called for the boys to be rewarded for their heroics.

"Amazing video. Those kids should get recognition for their bravery and the love they've shown to their dog," the Facebook user said.

Boa constrictors, often found in North and South America, can reach lengths of up to 13ft.

They ambush their prey, including large birds, bats, lizards and rodents.