A disabled woman says her booked wheelchair space on a train was filled by a catering trolley and that staff refused to move it – because she was the only disabled passenger travelling.

Hollie Brooks, who has been in a wheelchair since contracting meningitis in the summer, had boarded the Greater Anglia train from Norwich to Colchester yesterday (Thurs 30), when she found that her pre-booked space had been occupied by two catering trolleys for first class passengers.

When the audience development manager asked them to be moved, she says staff refused.

As there were no other disabled spaces available, the stricken wheelchair user was forced to squeeze in alongside freezer boxes filled with food and stacks of bottled water, while staff continued to serve hot drinks and snacks to other passengers.

Hollie says she found the whole experience so traumatic that she has since suffered nightmares about being trapped in small spaces.

Tweeting a video of her journey, crammed in next to the rattling trolleys, she vented her fury at the situation. 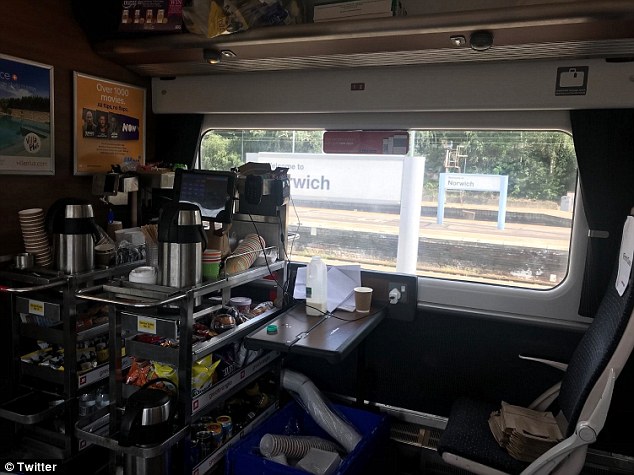 She said: ‘The reality of being a wheelchair user on a @greateranglia train.

‘They’re using my wheelchair space as a kitchen.

‘Amazing service from the platform staff but apparently staff are told to use wheelchair space for catering for first class if coach H is out of order.’ 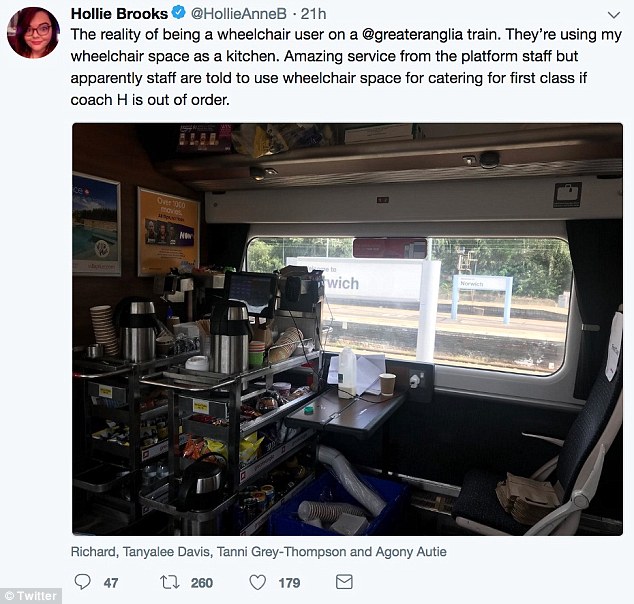 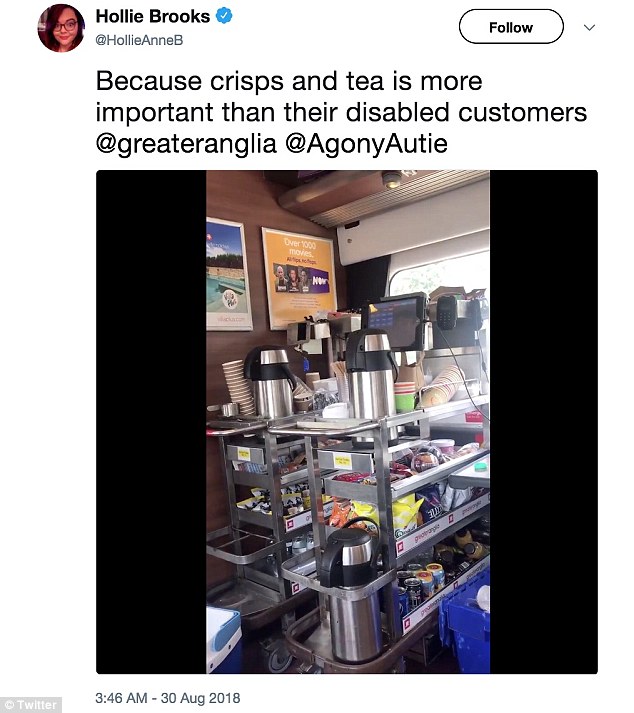 Despite Hollie being crammed in next to the catering trolleys, staff continued to serve food and drink to passengers

Later on she posted another video, writing: ‘Because crisps and tea are more important than their disabled customers.’

Greater Anglia has apologised to Hollie for her distressing journey, replying: ‘I understand your wheelchair space was free and you got all the help you needed on your journey.’

In another response the train company added: ‘There are two wheelchair spaces in this carriage. 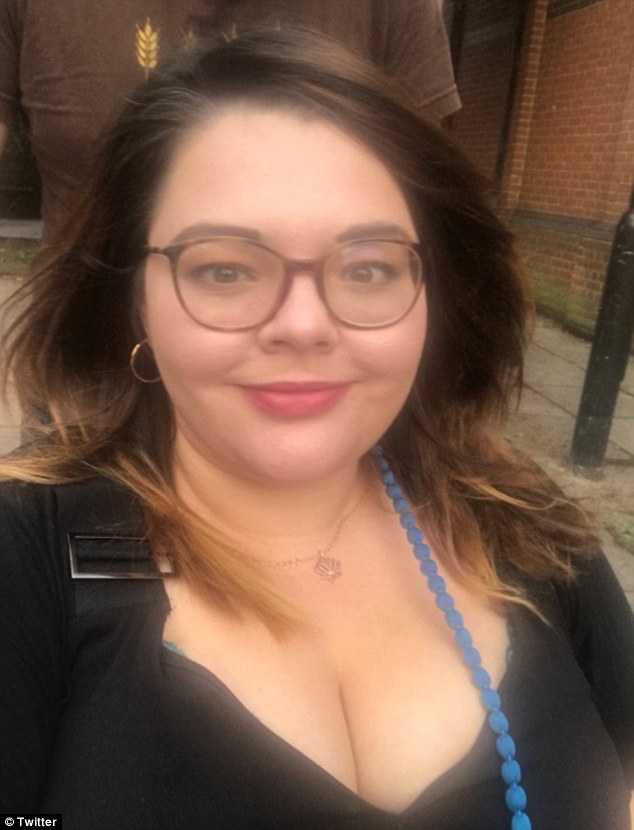 Hollie said staff refused to move the catering trolleys, as she was the only disabled passenger on the train

‘If there had been two wheelchairs, staff would have moved the trollies so that both wheelchair users had their space.

However, Hollie claims staff members told her that she couldn’t move the trollies, and that her boyfriend Richard was forced to move boxes piled up around her feet.

Other Twitter users took issue with the train company’s blasé response, with one writing: ‘Sorry you were upset’ is a non apology.

‘That puts the responsibility on the disabled person for being upset, not acknowledging your customer service is the cause of the upset. Unacceptable!’

Another added: ‘I may be wrong but providing catering on a two-hour train journey is not a legal requirement. Providing a decent service for wheelchair users is.’

And one joked: ‘All that so they can store overpriced Quavers.’

A Greater Anglia spokeswoman said: ‘We are sorry to hear Hollie was disappointed with her journey yesterday.

‘We want all of our customers to have a good experience when travelling with us.’