There seemed to be a consensus on Chicago Bears cornerback Kyle Fuller’s big hit on Tampa Bay Buccaneers running back Ke’Shawn Vaughn. Everyone seemed to think it was a legal play.

What happened next was more debatable.

Officials threw a flag on Fuller’s hit, because it looked like it could be illegal. On replay, it was clear that Vaughn had gathered himself and Fuller hit him with his shoulder. It was a hard hit, but legal. The flag was picked up. While everyone seemed to agree the hit was fine, we’ve seen plenty of calls go the other way. The Bears got lucky the flag was taken back.

That led to another ruling. Since the hit was legal, the officials reviewed it to see if Vaughn had made a catch and fumbled. That wasn’t as conclusive. Vaughn was still bringing in the ball and adjusting as Fuller hit him. But after the review, which was automatic in the final two minutes of the half, it was ruled Vaughn caught the ball and fumbled. It was a call that could have gone either way.

That gave the Bears tremendous field position and they cashed in, scoring a touchdown to Jimmy Graham.

Instead of the hit being penalized, or the play being ruled incomplete, the Bears got a break and took a 14-13 lead into the half.

Many NFL games turn on a 50-50 call. The Bears caught a big break on Thursday night. Two, actually. 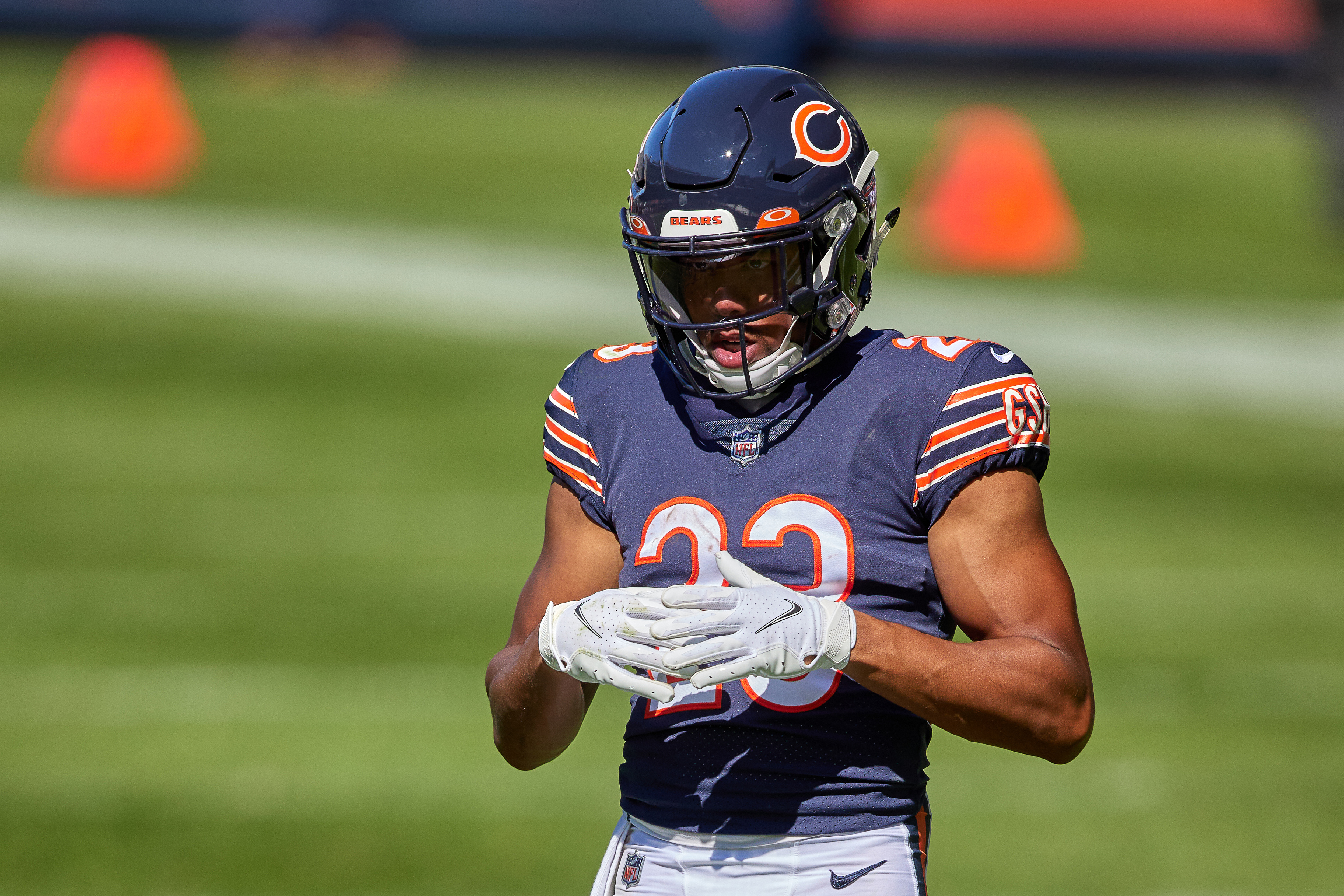