During the Cold War, Washington feared that Moscow was seeking to turn microwave radiation into covert weapons of mind control.

More recently, the US military itself sought to develop microwave arms that could invisibly beam painfully loud booms and even spoken words into people's heads. The aims were to disable attackers and wage psychological warfare.

Now, doctors and scientists say such unconventional weapons may have caused the baffling symptoms and ailments that, starting in late 2016, hit more than three dozen US diplomats and their family members in Cuba and China. The Cuban incidents resulted in a diplomatic rupture between Havana and Washington.

The medical team that examined 21 affected diplomats from Cuba made no mention of microwaves in its detailed report published in JAMA in March. But Douglas Smith, the study's lead author and director of the Center for Brain Injury and Repair at the University of Pennsylvania, said in a recent interview that microwaves were now considered a main suspect and that the team was increasingly sure the diplomats had suffered brain injury.

"Everybody was relatively sceptical at first," he said, "and everyone now agrees there's something there."

Smith remarked that the diplomats and doctors jokingly refer to the trauma as "the immaculate concussion". 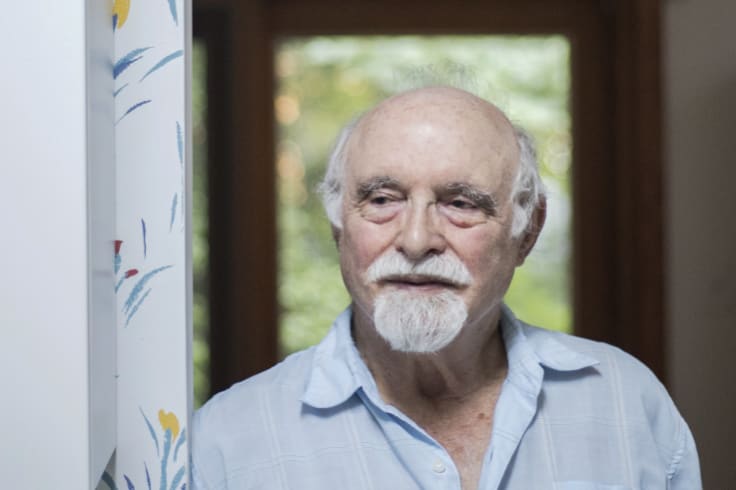 Retired scientist Allan Frey at his home in Maryland. Long ago, he found that microwaves can trick the brain into perceiving what seem to be ordinary sounds.

In particular, a growing number of analysts cite an eerie phenomenon known as the Frey effect, named after Allan Frey, an American scientist. Long ago, he found that microwaves can trick the brain into perceiving what seem to be ordinary sounds.

The false sensations, experts say, could account for a defining symptom of the diplomatic incidents: the perception of loud noises, including ringing, buzzing and grinding. Initially, experts cited those symptoms as evidence of stealthy attacks with sonic weapons.

Members of JASON, a secretive group of elite scientists that helps the US government assess new threats to national security, say it has been scrutinising the diplomatic mystery this northern summer and weighing possible explanations, including microwaves.

Asked about the microwave theory of the case, the US State Department said the investigation had yet to identify the cause or source of the attacks.

The microwave idea teems with unanswered questions. Who fired the beams? The Russian government? The Cuban government? A rogue Cuban faction sympathetic to Moscow? And, if so, where did the attackers get the unconventional arms? 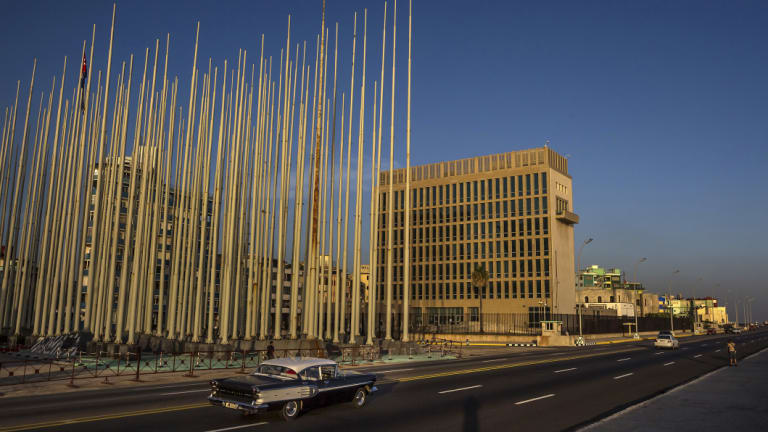 The US embassy in Havana.

Microwaves are ubiquitous in modern life. The short radio waves power radars, cook foods, relay messages and link mobile phones to antenna towers. They are a form of electromagnetic radiation on the same spectrum as light and X-rays, only at the opposite end.

Microwaves are seen as harmless in such everyday uses as microwaving foods. But their diminutive size also enables tight focusing, as when dish antennas turn disorganised rays into concentrated beams.

The dimensions of the human head, scientists say, make it a fairly good antenna for picking up microwave signals. Frey, a biologist, said he stumbled on the acoustic effect in 1960. The Soviets took notice – and furtively, globally, the threat grew. 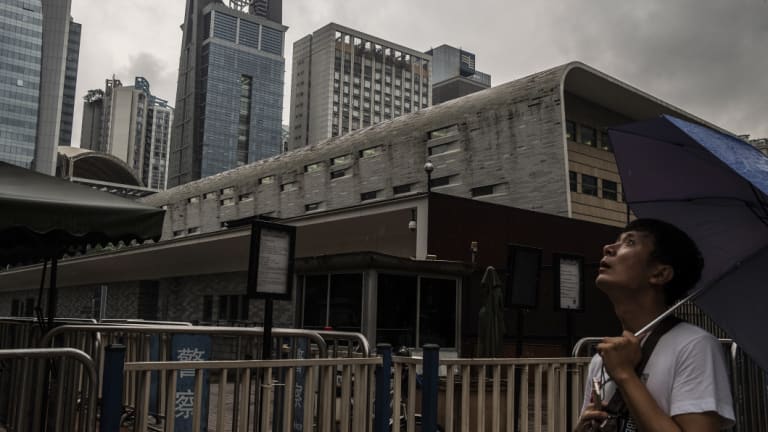 The Consulate-General of the United States in Guangzhou, China. The high-pitched chirping that diplomats heard while working here might be explained by a phenomenon known as the Frey effect.

Russia, China and many European states are seen as having the know-how to make basic microwave weapons that can debilitate, sow noise or even kill. Advanced powers, experts say, might accomplish more nuanced aims such as beaming spoken words into people's heads. Only intelligence agencies know which nations actually possess and use such unfamiliar arms.

The basic weapon might look like a satellite dish. In theory, such a device might be hand-held or mounted in a van, car, boat or helicopter. Microwave arms are seen as typically working over relatively short distances – across the length of a few rooms or blocks. High-powered ones might be able to fire beams for several kilometres. 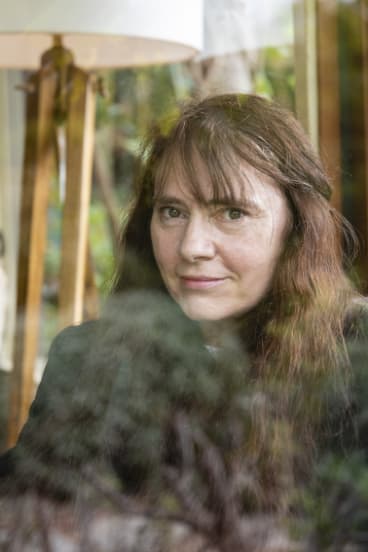 Beatrice Golomb, a professor of medicine at the University of California. In a forthcoming paper, she argues that “numerous highly specific features” of the diplomatic incidents “fit the hypothesis” of a microwave attack.

In January, the spooky impact of microwaves on the human brain never came up during an open US Senate hearing on the mysterious crisis at the US embassy in Havana. But in a scientific paper that same month, James Lin of the University of Illinois, a leading investigator of the Frey effect, described the diplomatic ills as plausibly arising from microwave beams.

In his paper, Lin said high-intensity beams of microwaves could have caused the diplomats to experience not just loud noises but nausea, headaches and vertigo, as well as possible brain-tissue injury. The beams, he added, could be fired covertly, hitting "only the intended target".

In February, ProPublica in a lengthy investigation mentioned that US investigators were weighing the microwave theory. Separately, it told of an intriguing find. The wife of a member of the embassy staff, it reported, had looked outside her home after hearing the disturbing sounds and had seen a van speeding away. A dish antenna could fit easily into a small van.

The medical team that studied the Cuba diplomats ascribed the symptoms in the March JAMA study to "an unknown energy source" that was highly directional. Some personnel, it noted, had covered their ears and heads but experienced no sound reduction. The team said the diplomats appeared to have developed signs of concussion without having received any blows to the head.

In May, reports emerged that US diplomats in China had suffered similar traumas. US Secretary of State Mike Pompeo called the medical details of the two groups "very similar" and "entirely consistent" with one another. By June, the US State Department had evacuated at least 11 Americans from China.

For his part, Frey says he doubts the case will be solved anytime soon. The novelty of the crisis, its sporadic nature and the foreign setting made it hard for US investigators to gather clues and draw conclusions, he said, much less file charges.

"Based on what I know," he remarked, "it will remain a mystery."