The College Football Playoff semifinals are scheduled to take place on Friday, December 31. No. 1 Alabama faces No. 4 Cincinnati in the Cotton Bowl in Arlington, Texas, while No. 2 Michigan squares off with No. 3 Georgia in the Orange Bowl in Miami Gardens, Florida.

"As we prepare for the Playoff, it's wise and necessary to put into place additional precautions to protect those who will play and coach the games," CFP executive director Bill Hancock said in a statement. "These policies will better protect our students and staffs while providing clarity in the event worst-case scenarios result."

As for the national championship game, which is scheduled for Monday, Jan. 10, it can be pushed back as late as Friday, January 14.

Should the national title game fail to be rescheduled prior to January 15, then the championship will be declared vacant. 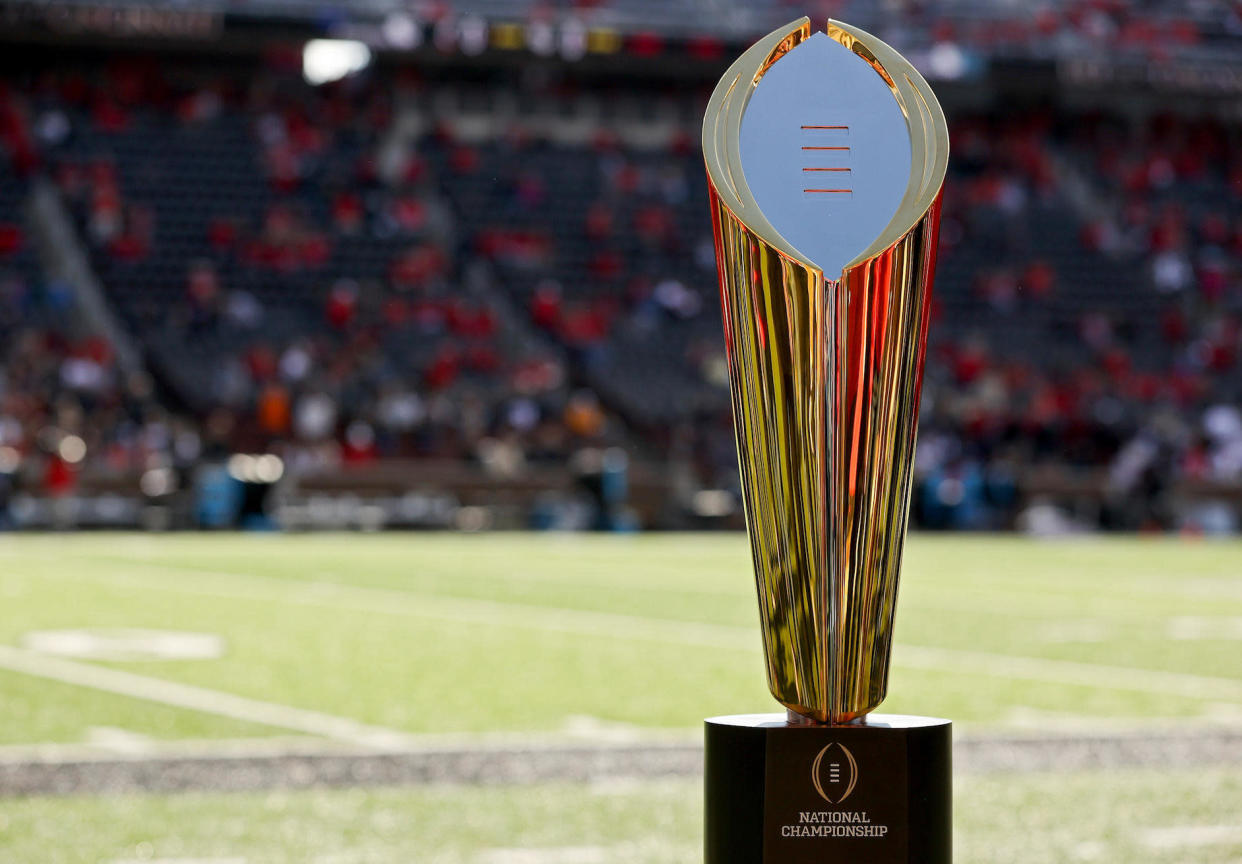 The announcement of the measures comes amid an uptick in COVID-19 cases nationally due to a combination of the Delta and omicron variants, both of which have disrupted the sports world, particularly the latter.

Dozens of college basketball games have been canceled in recent weeks amid the spread, and it now appears college football's bowl season may not make it through unscathed by the pandemic. The Gator Bowl lost Texas A&M as a participant on Wednesday and is seeking a replacement team to play against Wake Forest.

"We certainly wish we were not in this position," said Hancock, "but the only responsible thing is to take whatever actions we can reasonably take to better protect those who play and coach the game."