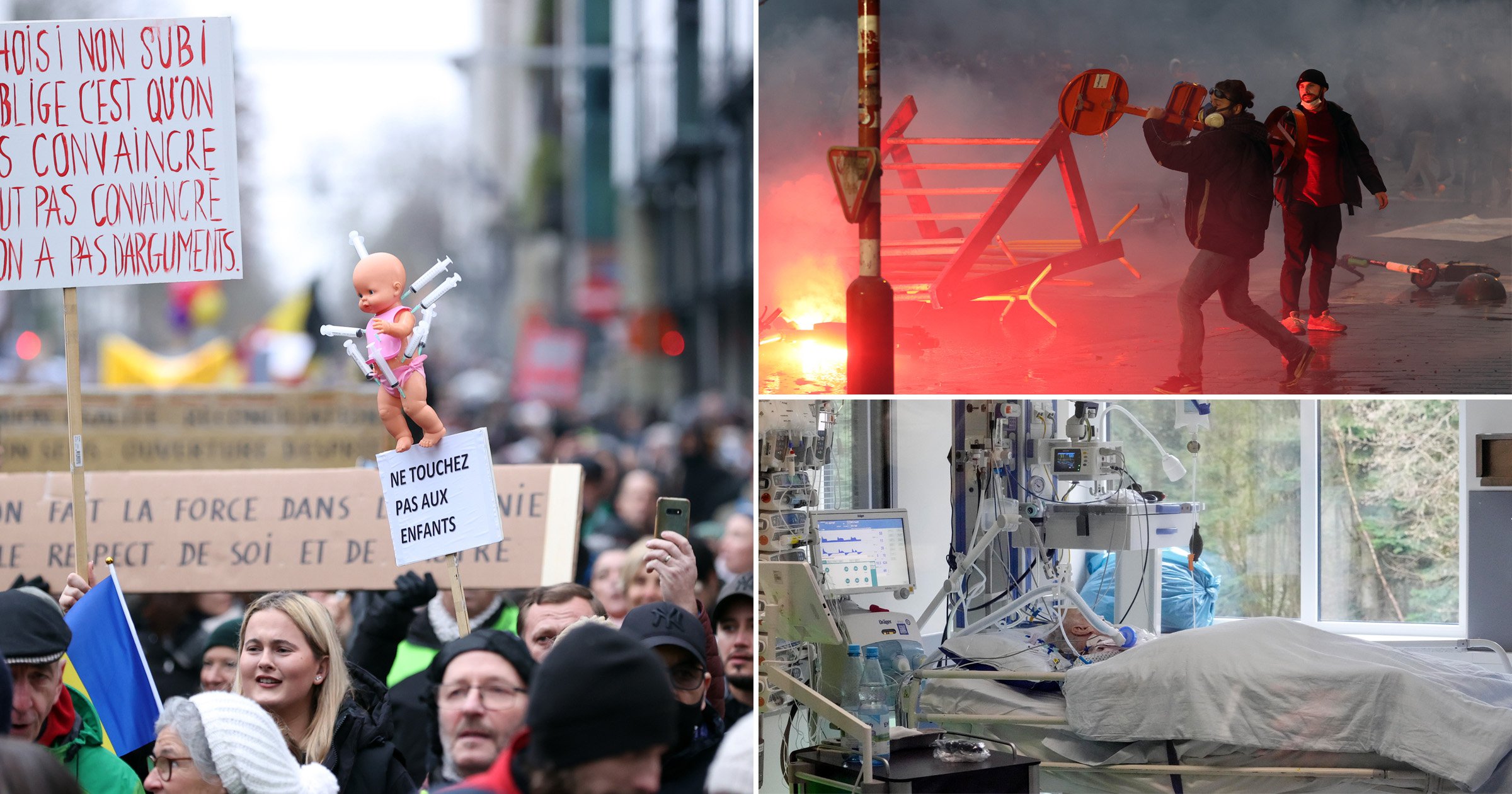 Millions of people across Europe are facing a drastically stripped-back Christmas as politicians scramble to contain the spread of the Omicron variant.

Cases are rising in eight major countries on the continent, with travel restrictions on the rise and some governments beginning to exclude unvaccinated people from public life.

The Netherlands reimposed a national lockdown on Sunday, with schools, non-essential shops, restaurants, bars, cinemas, museums and theatres to close until at least mid-January.

The Dutch will be allowed no more than four guests over the holiday weekend and can no longer go out shopping for presents, with Prime Minister Mark Rutte admitting Christmas will again be ‘completely different from what we would like’.

Ireland has ordered an 8pm curfew for pubs, restaurants and live events, with officials warning of further restrictions if the variant continues spreading.

Meanwhile while France has banned most public New Year’s Eve celebrations and ordered nightclubs to close for the next four weeks, with Christmas gatherings also under threat.

Omicron has been detected in 89 countries, and cases of the variant are doubling every 1.5 to three days in places where it has taken hold, the World Health Organization revealed this weekend.

Weekly average Covid cases are rising in France, Spain, Portugal, Italy, Denmark, Sweden, Norway and Finland, although they are falling in all other major EU nations.

The UK is well ahead of other countries on Omicron, with around 25,000 confirmed cases as of this weekend, but scientists expect the variant to become the dominant strain in most of north-western Europe by the new year.

The two countries with the next-biggest known outbreaks of the variant are Denmark and Norway, with around 6,000 and 2,000 confirmed cases as of Thursday.

Meanwhile some countries appear to still be suffering at the hands of the Delta variant, with Italy recording its highest number of daily cases in a year on Friday, 28,632, despite a relatively small number of confirmed Omicron cases (84).

Cases and hospitalisations in the Netherlands have fallen over the past fortnight after lighter restrictions introduced at the start of the month.

But Dutch health chiefs expect Omicron to overtake Delta by the new year and fear a fifth wave due to its resistance to vaccines and natural immunity.

Ireland’s case numbers have stabilised in recent weeks but are still at their highest level since January.

Germany, Austria, Spain and Portugal have each identified dozens of Omicron cases and fear they will follow a similar path to the UK without new restrictions.

Poland has seen a steady fall in cases this month but is tightening capacity limits in public spaces as daily death tolls have remained high at more than 500 a day.

Last week, the European Centre for Disease Prevention and Control said Omicron was likely to become the dominant variant across all of Europe within the first two months of 2022.

It stopped short of backing travel restrictions seen among a growing number of EU states, pointing out that the variant was already present in many countries and is mostly transmitted locally.