A wallaby, who was rehomed at a zoo after roaming around Gateshead, has died of pneumonia.

The marsupial, who was given the name Choppy by vets after being spotted in the Chopwell area in October, was taken to Northumberland College Zoo at Kirkley Hall where he was living alongside two female wallabies.

The zoo said he died unexpectedly from ‘pneumonia resulting from an underlying and historic condition’.

The wallaby had found fame after being spotted on the loose in the area before being brought to safety after a 12-hour rescue mission led by Blyth Wildlife Rescue, BeastWatchUK (BWUK) and The Lost Dog Trapping Team. 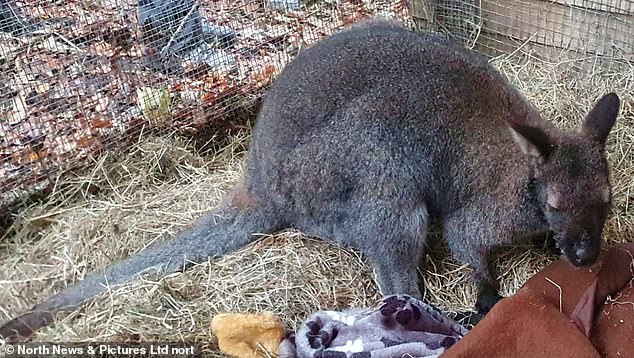 Choppy, who died unexpectedly on November 24, was rehomed at Northumberland College Zoo at Kirkley Hall after being spotted roaming around Gateshead 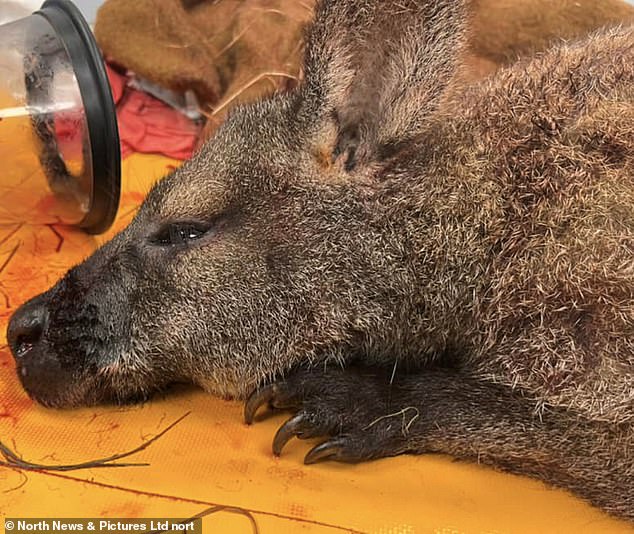 The wallaby had found fame after being spotted on the loose before being brought to safety after a 12-hour rescue mission. Pictured: Being treated by vets

Before the teams caught him, Choppy was thought to have been ‘bedding down in someone’s garden,’ according to Blyth Wildlife Rescue.

After being caught in a a large dog trap in a ‘secluded area’ and treated for facial injuries by vets, he was brought to his ‘forever home’ at the zoo.

Lead medic Teri Charlton said he had been in danger of being hit by a vehicle or coming into harm.

He said: ‘We’ve had people ask why it couldn’t be left alone, but it was in a residential area and at risk of being knocked over by a car or coming to harm in other ways.

‘They’re powerful animals and could also hurt anyone who got up close and personal,’ according to the BBC. 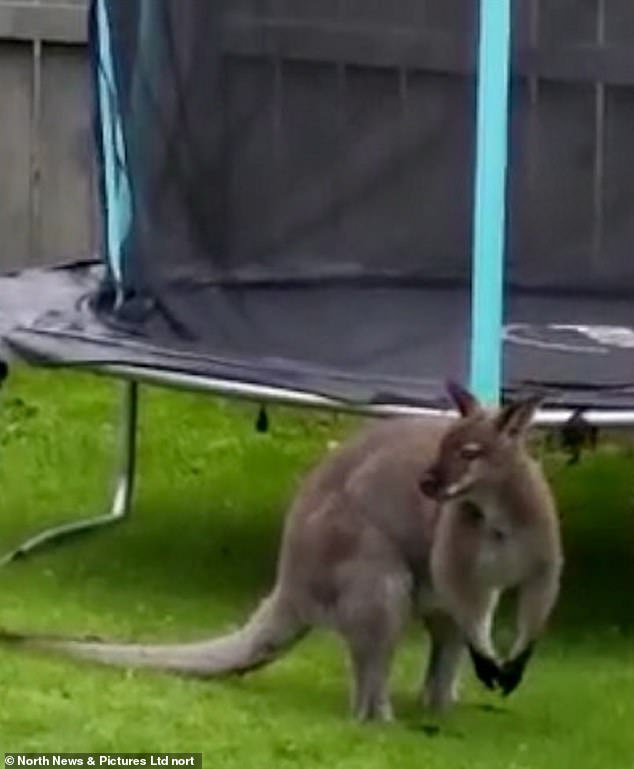 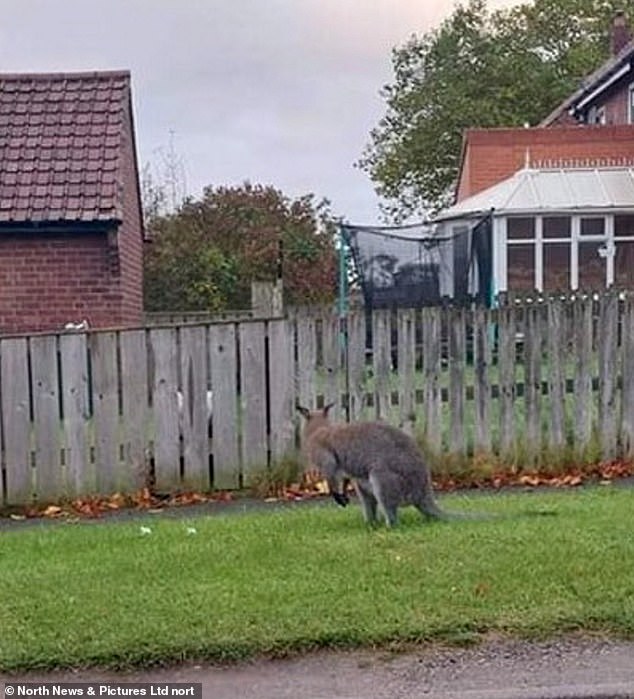 A spokesperson for the college said: ‘We are deeply shocked and saddened to announce that Choppy the Wallaby died unexpectedly on Thursday, November 24.

‘A veterinary examination identified that he had pneumonia resulting from an underlying and historic condition.

‘This is devastating news, especially for our dedicated keepers and everyone who has been involved in his rescue and care.’