Chinese telecoms giant Huawei must be investigated over reports the firm has ‘rushed to Russia’s aid’ after attacks on its internet network.

Reports in China say the tech giant, which has several offices in the UK, has been helping Vladimir Putin’s efforts to stabilise Russia’s internet network after it came under attack from hacker groups across the globe.

Russian government and media websites have faced repeated disruption from suspected cyber attacks by groups targeting the state since the invasion of Ukraine.

Last week Russian media sites were hacked by a group claiming to belong to the Anonymous hackers network and replaced pages with a ‘tombstone’ in honour of the war dead.

Huawei, which reportedly has five research centres in Russia, is said to have ‘rushed to Russia’s aid’ to support its internet network in the face of the attacks.

A report, which appeared on a Chinese news site but was later deleted, claimed that Huawei would use its research centres to train ‘50,000 technical experts in Russia’. 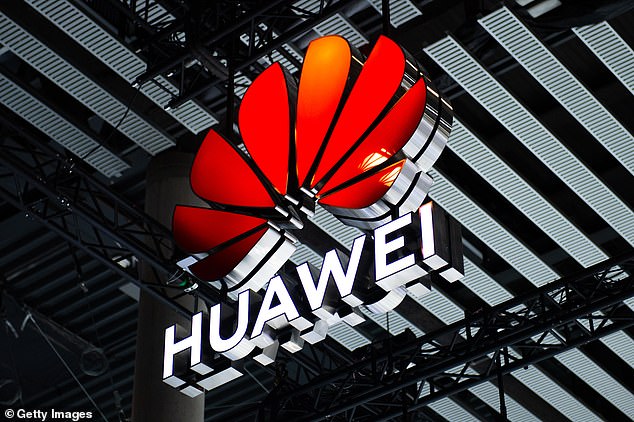 Reports in China say tech giant Huawei, which has several offices in the UK, has been helping Vladimir Putin’s efforts to stabilise Russia’s internet network after it came under attack from hacker groups across the globe. Pictured, Huawei logo illuminated outside at the GSMA Mobile World Congress in Barcelona, Spain, on Monday

It added that the firm expects to expand ‘to cutting-edge fields such as artificial intelligence, cloud computing, and face recognition’.

Conservative MP Iain Duncan-Smith, who raised the issue in the House of Commons last Thursday, said: ‘I am deeply concerned that a company seen by the UK government as such a national security threat that they were unable to allow their equipment to stay in Britain’s new 5G system are still here in the UK.

‘It is very likely now they have been busy helping this despotic regime in Russia.

‘If Russia thought for one moment China would break rank they wouldn’t have invaded Ukraine.’

Chinese companies are in fear of secondary sanctions from the US if they are found to be helping Russian companies evade the measures.

Huawei has been badly hit by US sanctions, introduced in 2019 over national security fears, and has been banned from providing equipment for the UK’s 5G network.

Huawei did not respond by the time of publication.