CHINESE scientists have successfully tested a hypersonic jet engine that could fly a missile at 12,000mph.

The engine would in theory permit travel to any part of the world in less than two hours if it was scaled up and installed on an aircraft or missile. 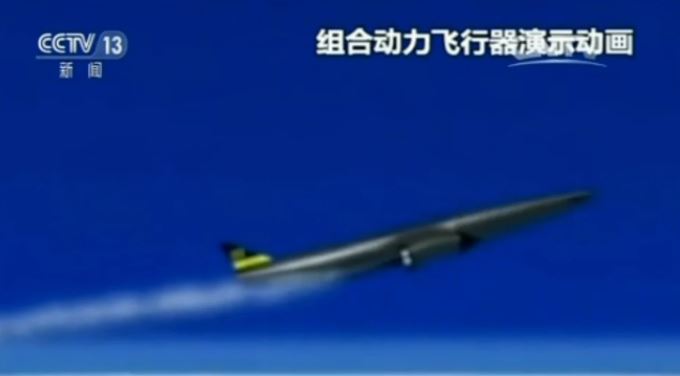 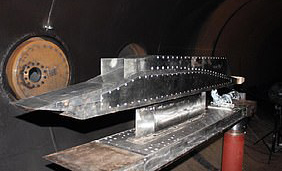 The test flight of the prototype took place in a hypersonic wind tunnel in Beijing simulating flight conditions of up to nine times the speed of sound.

However, in theory, the engine could reach up to Mach 16 allowing it to fly around the globe's 24,000 mile circumference in 2 hours.

As yet there are no planes or missile designs that are capable of attaining that speed.

It comes just days after the US Air Force mounted an advanced stealth cruise missile on the B-1B Lancer for the first time, as the US, Russia and China race to master hypersonic weaponry for warfare.

After a year of deteriorating relations between the US and China, The United States-Chinese Economic and Security Review Commission warned that China's military could be ready to fight extended foreign wars in the next 15 years.

The Russian military successfully tested an "unstoppable" hypersonic nuclear missile that flies through the air at more than 6,000mph in October.

It "successfully" hit a dummy target 280 miles away, taking just four minutes to get there.

The hypersonic engine could be used to power planes taking off from traditional runways, before flying into orbit, then landing at an airport after re-entering the atmosphere.

The team of researchers were led by Jiang Zonglin, a professor at the Chinese Academy of Sciences Institute of Mechanics.

The team built the engine from scratch, but despite the modernity of the engine it has a relatively simple design, the South China Morning Post reports.

There is three main components without any moving parts: a single-stage air inlet, a hydrogen fuel injector and a combustion chamber.

The chambers mouth opens to the upper end of the air inlet – which generates shock waves with extremely high temperature and pressure when the high-speed wind hits.

The shock waves met hydrogen fuel at the combustor, producing an explosion that propelled the engine forward. 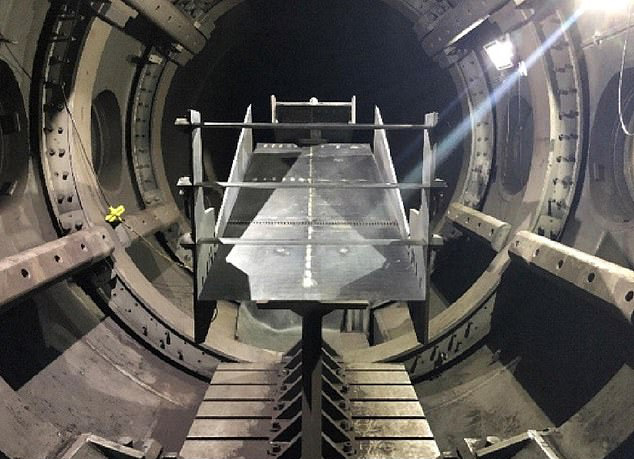 Video footage provided by the research team shows the mouth of the combustion chamber begin to glow white-hot.

The test flight suggested an unprecedented performance in terms of thrust, fuel efficiency and operational stability.

However, the only wind tunnel on Earth capable of simulating those conditions remains under construction in Beijing.

“The sodramjet… can be a very promising choice.” 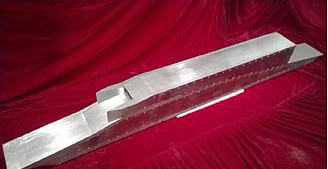 Jiang’s team were able to reach the speed by taking a different approach to other forms of hypersonic jets, known as scramjets.

They are different to traditional turbojet engines, as they use their rapid speed to compress the air in front of them, which then combusts the fuel creating the propulsion.

But the scramjets, still in the testing phase, cannot exceed Mach 7 due to a major flaw. 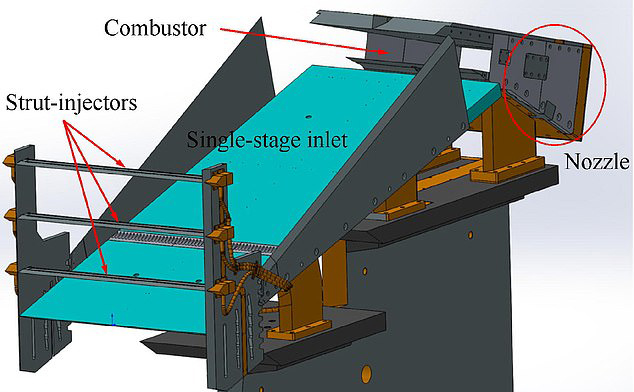 They rely on compressing air in front of the engine, causing inevitable shockwaves (sonic booms) which put the flames out and force the engine to cut out.

Despite the success of the hypersonic engine for travel, they could also be used for deadly military ammunition, amid mounting nuclear tensions.

The Chinese government is keen to adopt the hypersonic programme for its applications as a weapon.

The country has the second official largest military budget in the world, $178 billion, behind the US' mammoth $721.5 billion.

The findings have been published in the Chinese Journal of Aeronautics, but an unnamed expert not involved in the study told SCMP the publications are vetted heavily to ensure no information on China’s latest technology is leaked.

The experiment was probably conducted “a while ago” according to a Shanghai-based researcher studying hypersonic aerodynamics.

He said: “Even if promising… it will take about a generation for it to be used commercially.

“I believe that hypersonic human flight is not imminent, if at all.”