It was halftime during Los Angeles Clippers and the Utah Jazz game Monday night when Matt Pyles heard his name on national television.

Former NBA great Charles Barkley was giving him a shoutout during TNT’s “Inside the NBA” – one that he never expected.

Earlier in the day, Pyles told Fox News that he was heading to lunch with his boss at a local Chipotle in Atlanta when he came across a wallet laying on the ground in the parking lot.

“The first thing you do is kind of see if there’s an idea of any kind or some sort of identification,” Pyles said. “I kind of looked in it and it’s kind of a split second of…if you picked it up and it was one of your friends or somebody you knew.” 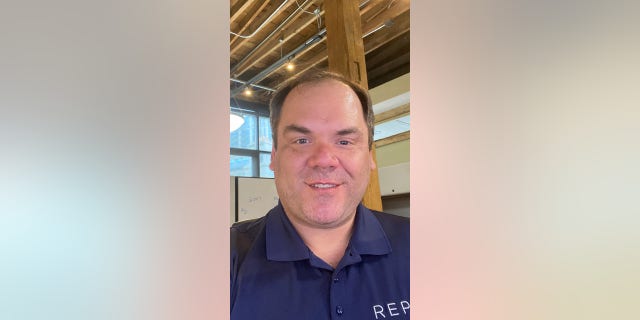 Inside of it was credit cards, a chunk of cash and an ID belonging to Charles Barkley.

Although Pyles thought it was a joke, he promptly brought it inside the restaurant in an effort to give it back to its rightful owner.

He missed Barkley by 30 minutes, he recalled an employee telling him. Instead, he called a friend who had worked at Turner Sports, which produces “Inside the NBA” to try and get the wallet back to the former Philadelphia 76ers and Phoenix Suns star.

Within five minutes Pyles received a message back.

“I got the text saying, you know, ‘Charles is so thankful. Is there any way you could take it down to the Four Seasons? He’d love to call you later and hook you up’,” Pyles recalled.

Pyles was told to leave his name and phone number with security. He happily obliged.

“Of course, you’re going to leave your name and number so Charles Barkley can give you a call,” he said.

That night Pyles tuned in the NBA playoffs to watch the hall of famer who went on to properly thank him for going to such lengths to give it back to him.

“I lost my wallet today Ernie and Matt Pyles he returned it,” Barkley told his co-hosts. Ernie Johnson, Shaquille O’Neal and Kenny Smith, “He got in touch with TNT and gave me my wallet back and that was really awesome. I lost it at Chipotle and I didn’t even know it. ”

After the clip aired, even Chipotle was on the hunt to find Pyles.

“We are thankful for guests like Matt that go to great lengths to help others and cultivate a better world,” Chipotle Chief Corporate Affairs Officer Laurie Schalow told Fox News.

To thank him for his kindness, the fast-food chain promptly offered him free burritos for a year.

Although all of the attention was “certainly a special experience,” Pyles didn’t expect any of it. For Pyles, it was just about doing the right thing.