Channel migrants landed in Britain with GUNS: Asylum-seekers triggered alerts on security databases and later vanished… and some of them were ARMED, official report by borders watchdog reveals

Channel migrants who triggered alerts on security databases have been allowed to vanish, a bombshell report warned yesterday.

They are among scores to have fled taxpayer-funded hotels without fingerprints or photographs being taken.

Some of the arrivals were armed with guns or other weapons.

The names of at least two of the absconders were flagged on police or border security databases. In other cases, missing biometric data made it impossible to determine whether they posed a criminal – or terror – risk. A number may be in danger of exploitation through forced labour or debt bondage. 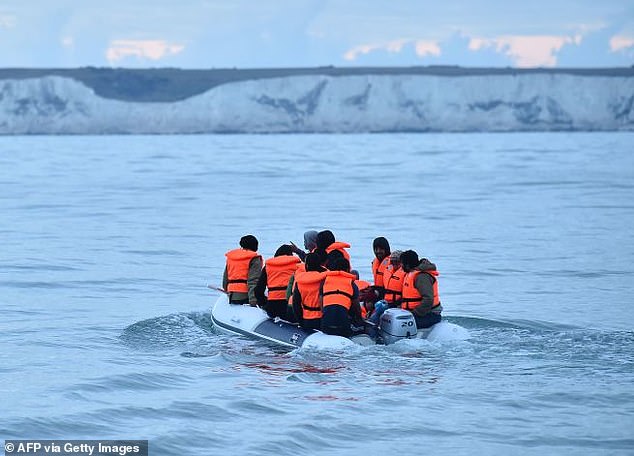 Channel migrants who triggered alerts on security databases have been allowed to vanish, a bombshell report warned yesterday 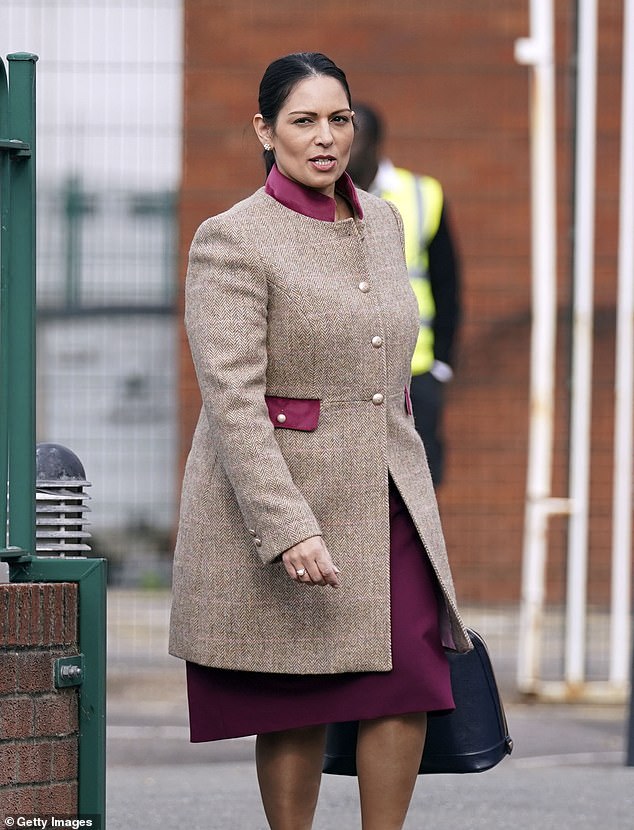 The major report was written by David Neal, the chief borders inspector, who said: ‘Put simply, if we don’t have a record of people coming into the country, then we do not know who is threatened or who is threatening.’

The Home Office had sat on Mr Neal’s findings for five months until publishing them yesterday.

His report found that at least 227 migrants have absconded since last September from hotels used to accommodate small boat arrivals from northern France.

The chief inspector looked at a sample of 57 absconders over a five-week period and found 38 had not had complete biometric checks – fingerprints and facial scans. This is despite them having been in the UK for between four and 29 days.

Of the 57 – all adult males – two had been flagged on the Police National Computer or the ‘warnings index’, a database that contains details of individuals who may pose security threats or who have a history of immigration offences.

The two men had no criminal charges against them, the report said, and it is not known why they were flagged.

The Home Office last night refused to disclose how many migrants have absconded since the start of the Channel crossings crisis.

The report said: ‘The lack of a retrievable biometric record caused concerns to a range of stakeholders.

A suspected killer crossed the Channel into Britain under a false name weeks after being accused of the gang rape and murder of a 13-year-old girl.

Rasuili Zubaidullah boarded a boat with other refugees, claimed asylum and was housed in a hotel at British taxpayers’ expense for almost a fortnight until his true identity emerged. 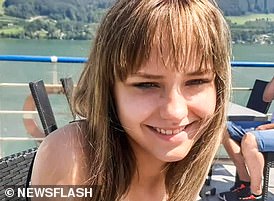 The 23-year-old Afghan had been accused of drugging Leonie Walner and sexually assaulting and suffocating her in Vienna. The teenager’s body was found last June rolled up in a carpet after she was abducted and taken to a flat in the Austrian capital by three people. Police launched a manhunt for a group of Afghan refugees who had boasted of having ‘wild sex’ after meeting a girl via social media.

Zubaidullah arrived in Kent on a small boat on July 18 and lived in an Ibis Hotel in Whitechapel, east London, for two weeks before Austrian authorities tipped off the British authorities.

A judge approved his extradition and he was sent back to Austria to face trial.

‘Union representatives told inspectors that, when migrants leave [the Dover processing centre], it is not clear whether everyone has been through processing and their members are ‘concerned they cannot meet the country’s national security requirements’.

‘Others highlighted the lack of traceability of the migrant, from both national security and vulnerability perspectives.’

Mr Neal said the Home Office remained on an emergency footing even though the Channel situation was declared a major incident back in December 2018. He added that it was a ‘system failure’.

‘I’m not going to comment on the Home Secretary’s leadership. But I would say that the refusal from the Home Office to transition from an emergency response is a big mistake,’ he added. ‘Data, the lifeblood of decision-making, is inexcusably awful. Equipment to carry out security checks is often first-generation and unreliable. Biometrics, such as taking fingerprints and photographs, are not always recorded.’

The report said immigration officials were often confused about the rules they should follow when processing new arrivals and equipment frequently broke down.

‘Follow-up activity by Home Office intelligence teams on potential persons of interest was similarly undermined by poor record-keeping, leading to missed opportunities for intelligence exploitation and debriefing,’ the report said.

Mr Neal made a series of recommendations to improve staff training, guidelines and the way data is collected.

The chief inspector, who earlier this year revealed Miss Patel had yet to meet him more than a year after he started in the role, submitted his completed report to the Home Office on February 24.

But the ministry did not publish it until yesterday – when Parliament went into recess for summer.

Earlier this week the inspector issued a terse statement criticising the department’s delays and warning that it ‘devalued’ and ‘infringed’ his independent watchdog role.

Shadow Home Secretary Yvette Cooper said: ‘This report is a truly damning indictment of a Conservative Government which has badly lost control of border security.

‘It is flabbergasting that ministers haven’t made sure basic fingerprints and biometrics are being taken from everyone who arrives.

‘When people can arrive and disappear without any biometric checks that puts national security at risk and encourages criminal trafficking gangs.’ 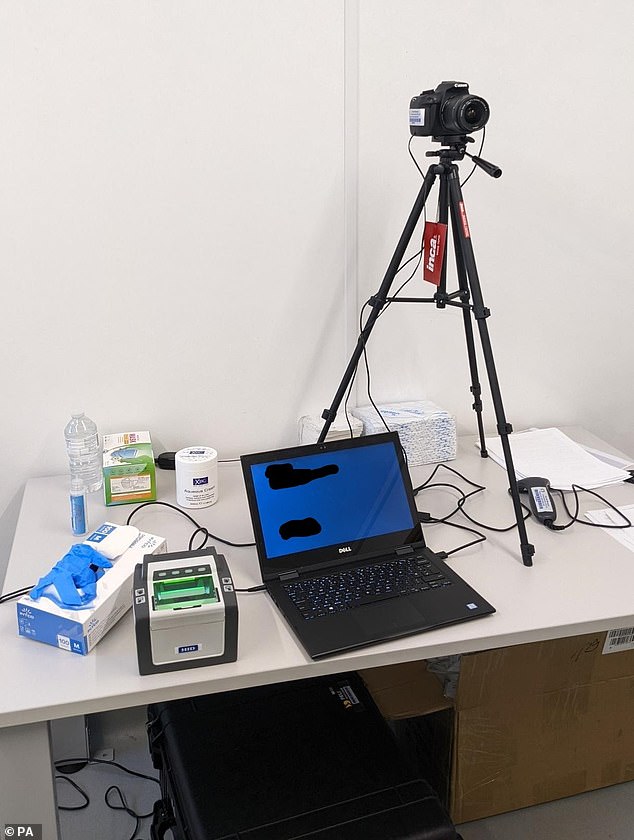 The chief inspector looked at a sample of 57 absconders over a five-week period and found 38 had not had complete biometric checks – fingerprints and facial scans. This is despite them having been in the UK for between four and 29 days. Pictured: A biometric reporting station 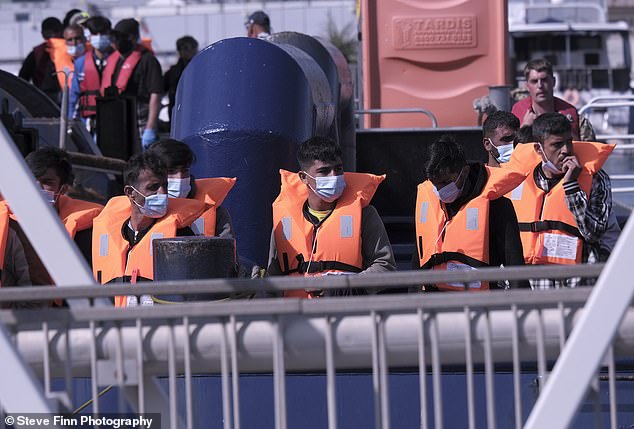 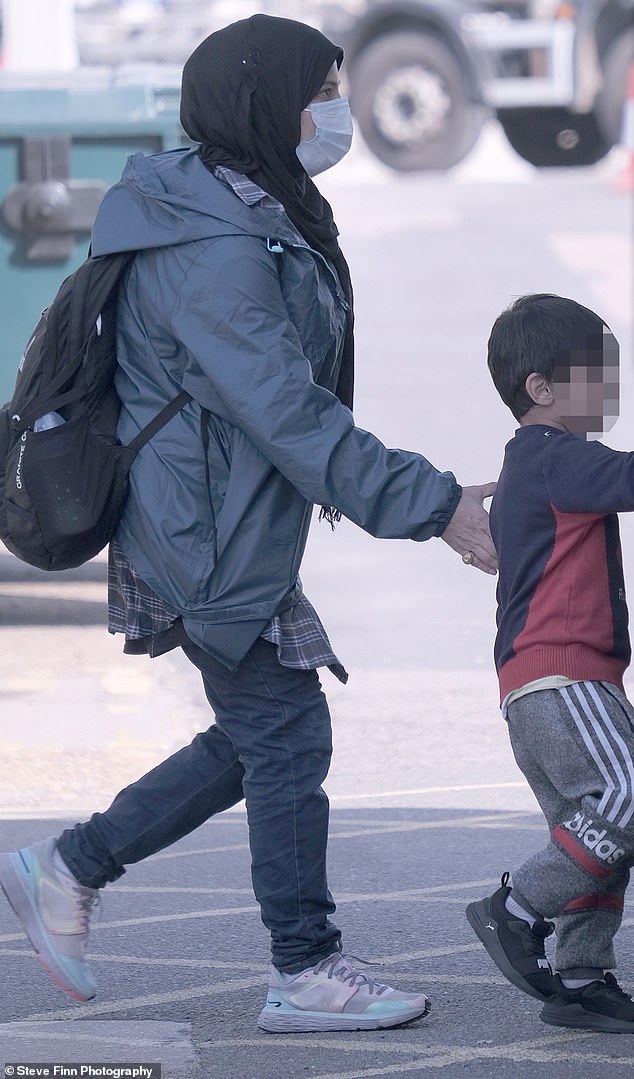 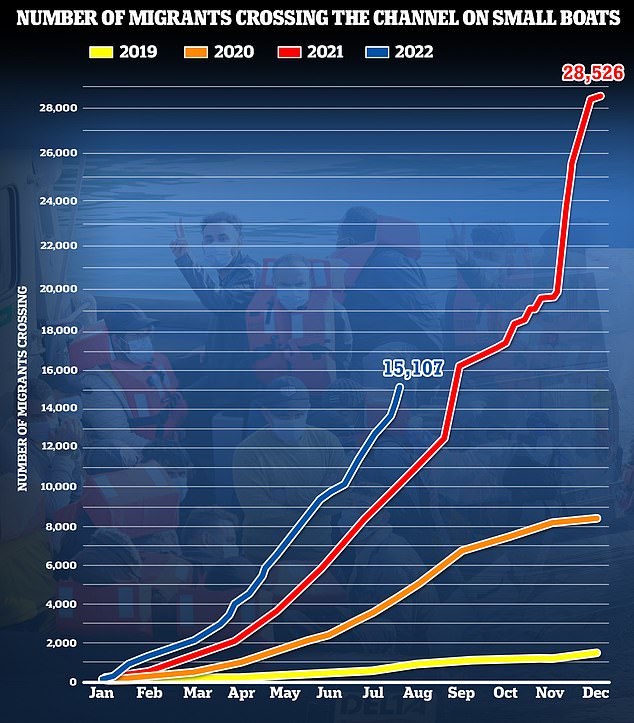 Alp Mehmet, chairman of Migration Watch UK, which campaigns for tougher border controls, said: ‘It takes only one or two really bad guys to get into the country, and who knows what they might be capable of. There should by now be the facilities and expertise available to take biometrics from Channel arrivals. But it seems to be totally out of control and a shambles.’

A Home Office spokesman said: ‘Since the inspection took place, we have transformed how we manage the arrival of migrants.

‘We have accepted all the report’s recommendations, the majority of which were already being addressed at the time of the inspection, and almost all this work has already been completed.’

The Home Office is due to trial electronic tagging of Channel arrivals and plans to open reception centres.