Philip Hammond hailed the economic power of Peppa Pig today as a report found tax break for the screen industry has boosted the economy by billions.

The Chancellor cited the children’s programme, along with productions such as movie blockbuster Dunkirk and television series Game Of Thrones, for generating £2billion in extra revenues for the Treasury.

Tax relief for TV and films has been controversial in the past as it has been used by some wealthy people to legally reduce their tax bills.

But the new report, commissioned by the British Film Institute (BFI), shows spending in the industry has doubled from £850.9million in 2007 when the industry tax relief started, to a new record of £1.72billion nine years later. 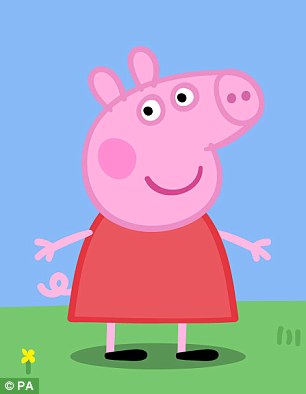 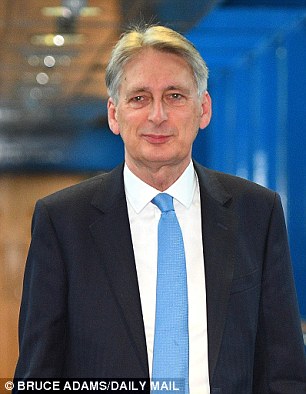 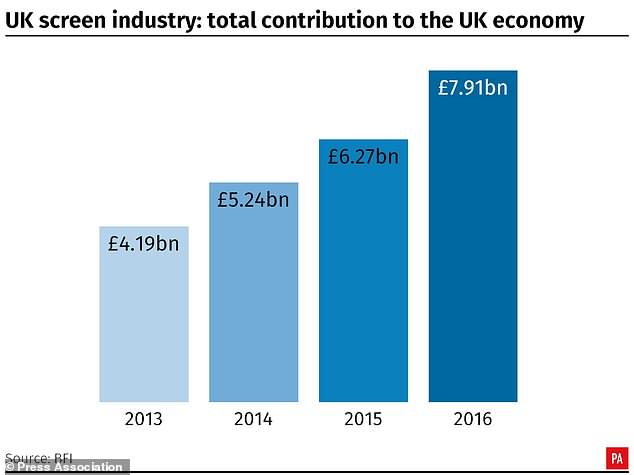 Tax breaks across content-creating industries in the UK – including film, high-end TV, special effects, video game production and animation – has also sparked a rapid rise in spending, according to the report.

Thousands of hours of work and billions in tax revenue have been recorded across screen industries, with film providing the biggest economic benefits.

Children’s television, which was added to the tax relief scheme three years ago, is yet to catch up with the rate of growth seen in other areas of the industry, and accounts for the smallest return on investment.

Mr Hammond said: ‘From TV shows like The Crown, to films like Darkest Hour, and animations like Peppa Pig, our creative industries are intrinsic to the rich cultural fabric of the UK.

‘But they’re also an important part of a dynamic and diversified economy, and a key component of our great, global trading nation. That is why this government is committed to supporting our highly skilled and innovative creative industries through creative sector tax reliefs.

‘I am confident that the creative industries will continue to grow, provide strong employment and be the face of British culture to the world in future years.’

Across the screen industry in that year, production reached a record total of £3.16 billion due to support from screen sector tax reliefs.

It is estimated that work hours produced by the boost in 2016 was the equivalent of creating 137,000 full-time jobs.

Programmes such as period dramas Poldark and Downton Abbey are credited in the report with driving £266 million from tourism in 2016.

British films with a ‘strong UK story’, such as the Harry Potter franchise and Kingsman, were cited as providing a £628 million boost from tourism.

Film claimed £343 million in tax relief for a record-breaking spend of £1.72 billion, and generated £619.7 million in direct tax revenues. 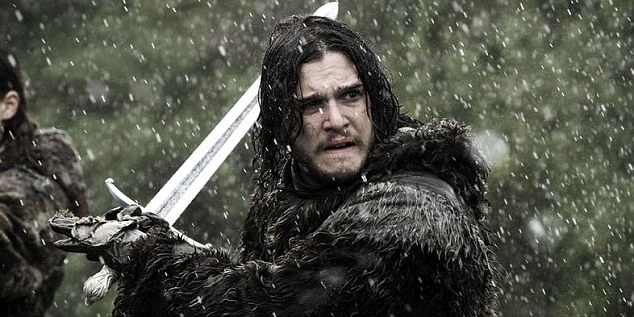 However, the report calculates the gross value added – the total contribution to the economy – which is estimated to be just over £5 billion, producing total tax revenues of £1.28 billion for UK film production.

When the gross value added is taken into account, the total economic boost provided by screen industries is estimated at £7.9 billion in 2016 – the highest on record.

When the gross value added is taken into account, the total economic boost provided by screen industries is estimated at £7.9 billion – the highest on record.

Video game production in the UK produced £106.3 million in direct tax revenues from relief of £78.0 million in 2016.  Its overall economic impact was £525 million, with around £156 million in tax revenues.

The tax relief scheme was introduced for high-end TV productions in 2013.

Lagging behind other sectors in the industry, children’s television only began receiving tax relief in 2015. From £12.2 million claimed, the sector managed to generate £30 million in tax, from an estimated £78 million put into the economy.